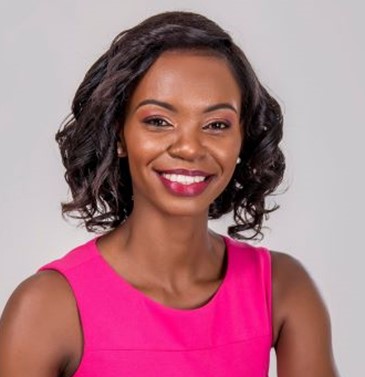 CIVICUS speaks with Prudence Mutiso, Legal Adviser at the Center for Reproductive Rights-Africa about the Tanzanian government’s policy on pregnant and married girls in schools.

Founded in 1992, the Center for Reproductive Rights is a global human rights organisation of lawyers and advocates seeking to ensure the protection of reproductive rights as basic human rights fundamental to the dignity, equality, health and wellbeing of every person.

The Center works across five continents and has played a critical role in securing legal victories on reproductive rights issues, including access to life-saving obstetrics care, contraception, maternal health and safe abortion services, as well as the prevention of forced sterilisation and child marriage, in national courts, United Nations’ committees and regional human rights bodies.

How has the Tanzanian government’s policy on access to education for married and pregnant girls changed over the years?

The state’s Education (Expulsion and Exclusion of Pupils from School) Regulations of 2002 explicitly provided for the expulsion of married girls under section 7(b) and was used to expel pregnant girls on ‘morality’ grounds. But in November 2021, the government announced it was ending its discriminatory school policy that barred pregnant schoolgirls and adolescent mothers from continuing with their formal education.

Under the presidency of Samia Suluhu Hassan, who came to power on 19 March 2021, the November 2021 public declaration by the Minister for Education sent a strong signal to schoolgirls and adolescent mothers. The current administration is committed to ending the discriminatory policy that for years has undermined girls’ fundamental rights to education, equality, non-discrimination and freedom from inhuman and degrading treatment.

What are the key points made by the African Committee of Experts on the Rights and Welfare of Children in its recent ruling on Tanzania’s ban?

The Committee assessed the issue of the expulsion of pregnant and married girls and the ban on re-entry and prescribed that the responsibility of states to realise the right to education implies not only that they should not interfere with girls’ right to access education, but they should also provide enabling policies, allocate budgets and actively promote their access to education.

What role has civil society played in advocating for girls’ right to education and reproductive rights?

Civil society organisations (CSOs), including the Center for Reproductive Rights, have used legal advocacy to achieve the removal of restrictive and discriminatory policies that limit the right to education and reproductive healthcare for women and girls in Tanzania and across the African continent. For instance, the Center collaborated with the Legal Human Rights Center in Tanzania to file this case before the Committee on behalf of Tanzanian girls.

The decision has now set standards on the right to education for adolescent girls, not just for Tanzania, but for all the countries that have ratified the African Charter on the Rights and Welfare of Children.

We will continue pushing for the realisation of these rights. The challenge now lies in the full implementation of the decision in Tanzania and in other countries of the African Union that maintain discriminatory policies that violate girls’ right to education. The Center will continue to work with like-minded CSOs and call upon the governments to adopt the standards set by the Committee and translate them into policy to bring actual change.

Civic space in Tanzania is rated ‘repressed’ by the CIVICUS Monitor.