INDIA: ‘The government is dealing with dissent in very concerning ways’ 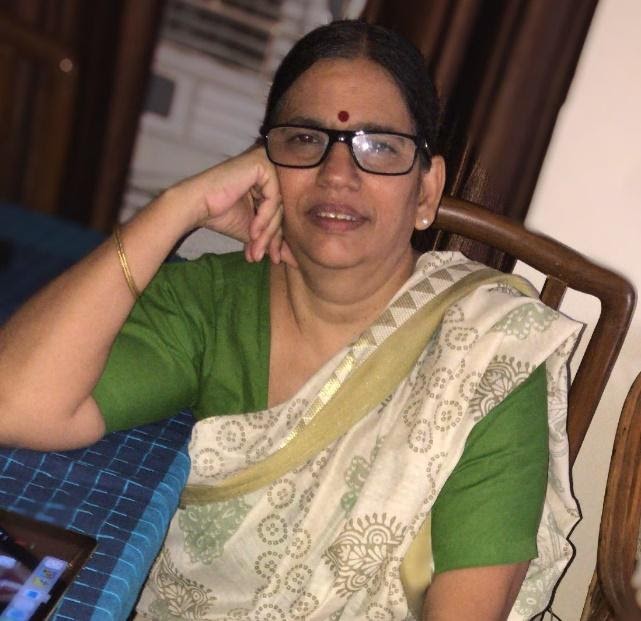 CIVICUS speaks Sudha Bharadwaj, a lawyer and long-time human rights defender working for the rights of workers and Indigenous peoples in India.

Sudha was arrested and detained in August 2018 under the draconian Unlawful Activities Prevention Act and accused of having links with Maoist terrorist organisations. Alongside 15 other human rights defenders, she was further accused of conspiring to incite violence among the Dalit community. Despite proof that incriminating evidence against them was planted, concerns expressed by United Nations (UN) experts about the arbitrary charges and UN calls to release political prisoners from crowded jails during the pandemic, requests for Sudha’s release, including on health grounds, were repeatedly rejected. She was finally released on bail in December 2021 after three years in detention.

How did you get involved in human rights work?

For the last 35 years I have been working in Chhattisgarh, an area in eastern India that is very rich in mineral resources. I began around 1986 as a trade unionist and worked with a legendary union leader, Shankar Guha Niyog, who was organising iron ore miners. Conditions were appalling. Workers were not unionised, working hours were long, wages were very paltry and even the very basic labour laws of our country were not being applied.

I became a lawyer basically because my trade union needed one. I graduated in 2000, at the age of 40. I initially took up matters of our own union and later I shifted to work at the high court, where I realised contractual workers, farmers resisting land acquisition and Adivasi Indigenous groups resisting mining projects were forced to face very expensive corporate lawyers without any real legal assistance. They needed lawyers who understood them and who could devise legal strategies compatible with the tactics of their movements.

I started a group of lawyers to provide legal aid to unions, farmers’ and village organisations, Adivasi communities, and civil society organisations (CSOs). Around this time, I became involved in the People’s Union for Civil Liberties (PUCL), one of the oldest human rights organisations in India. We dealt with various human rights issues, including attacks and harassment of minorities and the criminalisation of Dalits and Adivasis under false accusations of having links with armed Maoist groups, also called Naxals. We took up several cases in which security forces fired on villagers accused of being Naxalites. We were eventually able to prove that these were false accusations.

I dealt with cases against big corporations, so I made powerful enemies. By taking up cases of Adivasis I also annoyed the government. In 2018 I was teaching a course at the national lawyer’s university in Delhi and that’s when I was arrested.

Can you tell us about your experience in detention?

Because the case was in Pune, I was initially sent to the women’s wing of the Yervada central jail, which is a prison for convicts. I was taken there with another activist, Shoma Sen. As soon as we were brought there, we experienced attacks on our dignity. We were asked to strip and squat. We were isolated: kept in separate cells, unable to communicate with other prisoners, led out into a yard for only half an hour a day. We were under constant surveillance.

In the winter it was very cold. We spend most of the time reading, although we struggled to get books. Because the library was in the men’s side of the jail, only 25 books were brought at a time. We were allowed to keep only two or three with us in our cell. We also had issues with access to water and sometimes had to carry in buckets. Shoma struggled with severe arthritis.

Later on, the National Investigation Agency (NIA) took over our case, so we were moved to Byculla jail in Mumbai. This jail was extremely overcrowded, and we lacked any privacy. We would sleep right next to one another on coffin-sized strips of the floor which were allotted to us by the kamwali (staff) in charge of the barracks. There were also limited bathrooms to share.

Social distancing was impossible, and during the second wave of the COVID-19 pandemic, many detainees got infected and were stuffed in a quarantine barrack. I did not become seriously sick but both Shoma and I requested medical bail due to underlying conditions. This was systematically denied.

Due to the pandemic, we were totally cut off from the outside world and were not taken to the courts for about five or six months. Then PUCL and other groups requested the Bombay High Courts to authorise telephone calls and we were allowed to speak to our families for 10 minutes once a week. Our lawyers could talk to us by sending an email to the jail, and the jail would allow us to phone them back - for 10 minutes, twice a week. That’s how we were able to tell them about prison conditions. I also tried to help people around us who were old or sick to write petitions.

How did you feel when you were finally granted bail, and what’s next?

The bail order was issued on 1 December 2021. I felt extremely disappointed that other activists linked to the case were not released with me. My request for bail was accepted on technical grounds. I heard the NIA appealed to the Supreme Court to overturn my bail, but it was immediately dismissed.

On 8 December I was taken to the court, given cash bail, and asked to produce sureties. When I came back to the jail, many detainees celebrated for me and gave me their requests. I was released the next day.

The bail conditions have restricted me to Mumbai, which is not my city. Friends have been very helpful, but I don’t have a home or work here so I’m still trying to adjust to the situation. I would like to continue my practice on behalf of prisoners and trade unions. For now, I have to attend court hearings and check-in at the police station every two weeks.

How have the conditions for activism in India changed while you were in jail?

Even before I went to jail things were already challenging, but since I was released, I have seen increasing attacks against minorities, notably Muslims. There has been a rise in hate speech, which seems to be manufactured and copiously funded, especially on social media.

The Citizenship Amendment Act (CAA), passed in December 2019, is discriminatory against minorities. There was a strong movement against the CAA law, in many places led by Muslim women, but this was shut down due to the pandemic.

We are also seeing that many institutions that are supposed to be independent – such as the Election Commission and investigating agencies – are being manipulated by the government. There are even concerns about the independence of the National Human Rights Commission, which has failed to take a proactive role on many important issues. The undermining of these institutions will affect their roles in their future, even if the government changes.

The government is dealing with dissent in very concerning ways. One clear example is the increasing surveillance of journalists, activists, and advocates. A lot of us involved in the case had our phones infected by Pegasus spyware. We have approached the Supreme Court-appointed Technical Committee looking into the use of Pegasus against Indian citizens and it has decided to request our phones from the NIA and undertake an inquiry.

There are also concerns about the impacts of the Foreign Contribution (Regulation) Act (FCRA) on civil society. If you advocate for workers, Indigenous peoples or poor communities, your work is considered a political activity and you are barred from doing it. Larger CSOs with FCRA registration should be able to support smaller CSOs on the ground, but the government is depriving them of the ability of distributing funds to local grassroots groups and reaching out to real beneficiaries.

Where do you see positive change coming from in India?

One beacon of hope is the farmers’ movement. The opposition was against the farm bills proposed by the government, but it was unable to stop them. It was farmers themselves who stopped them, by standing their ground for almost one year in the heat, cold and rain. Thousands of criminal cases were brought against farmers, and they were smeared as terrorists. But they managed to hold their ground, build unity and push back. The key lesson here is that people must get organised.

I think that if it hadn’t been for the pandemic, the anti-CAA law movement would have had similar results. Students are also an important force, but we are seeing them facing attacks to prevent them organising and speaking up. But they will find a way to continue their struggle.

At a time when many internal mechanisms are failing us, international scrutiny and pressure are also key to improving the situation. There are international standards India cannot ignore. But of late, the Indian government has taken a problematic attitude towards UN bodies, including UN missions to Kashmir, and has gone as far as preventing people from speaking at or participating in international conferences. When UN Special Rapporteurs have made comments on human rights in India, the response has been dismissive and disparaging.

The government often uses terrorism and national security as an excuse for all kinds of human rights abuses. It is important to put the spotlight on this and not let the government get away with it.

Civic space in India is rated ‘repressed’ by the CIVICUS Monitor. 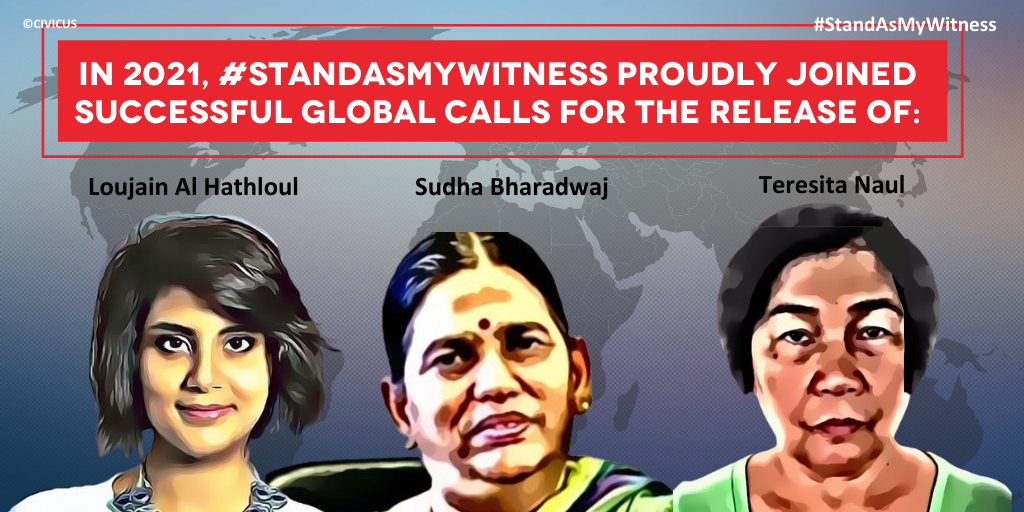