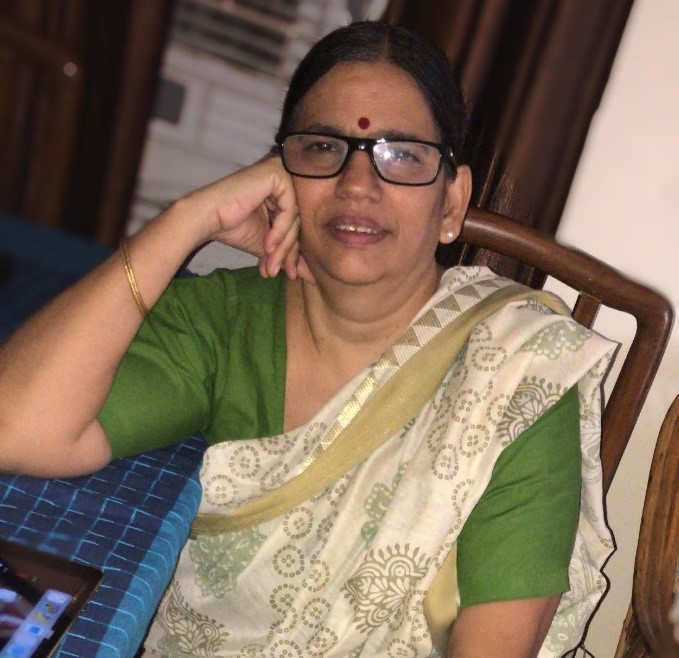 Sudha Bharadwaj, aged 60, is a human rights lawyer and activist who has spent her life defending Indigenous people in India and protecting workers’ rights. She was detained in August 2018, arrested under the draconian Unlawful Activities Prevention Act (UAPA) on trumped up accusations of having links with Maoist terrorist organisations, based on evidence believed to be fabricated. It is alleged that she and 15 other human rights defenders conspired to incite Dalits at a public meeting which led to violence in Bhima Koregaon village in the Pune district of Maharashtra in January 2018. The treatment of Sudha highlights the increasingly repressive measures used by Prime Minister Narendra Modi’s government to clamp down on dissent and silence human rights defenders.

31 December 2017: A gathering known as Elgar Parishad was organised in Bhima Koraegon, near Pune in Maharashtra state by two retired Judges from the Bombay High Court and the Supreme Court to discuss and organise against the oppression of Dalits, considered of low caste or ‘untouchables’ and other vulnerable castes. The event included songs, street plays and speeches.

1 January 2018: Violence breaks out as right-wing nationalist groups and alleged supporters of the ruling Bharatiya Janata Party (BJP) attack Dalits gathered in Bhima Koregaon to commemorate a 200-year-old battle in which Dalit soldiers of the British army defeated the ruling upper caste Peshwas. One person died in the clashes and several were injured.

8 January 2018: A complaint was filed by a right wing activist with the police stating that the violence at Bhima Koregaon was instigated during the Elgar Parishad gathering, as part of a conspiracy by the banned Maoist party. Most of the human rights defenders subsequently accused in the case were neither named in the First Information Report over the violence nor present during the event.

8 June 2018: Sudha Bharadwaj holds a press conference, denouncing these arrests, in particular the arrest of Surendra Gadling, a fellow activist-lawyer.

July 2018: On 4 July 2018, Republic TV aired a programme in which Arnab Goswami claimed that Sudha Bhardwaj had written a letter to a Maoist identifying herself as “Comrade Advocate Sudha Bhardwaj” and stated that violent political climate had to be created as in Kashmir. She was accused of receiving money from Maoists. It was also claimed that she stated that some well-known human rights lawyers had Maoist links. On 5 July 2018, Sudha Bhardwaj released a statement refuting the false allegations and defamatory statements levelled against her

28 August 2018: Sudha Bhardwaj was arrested by the Maharashtra Police from her Sector 39 residence. Four other human rights activists across India are also arrested. They include Vernon Gonsalves and Arun Ferreira in Mumbai, Gautam Navlakha in New Delhi, and Varavara Rao in Hyderabad. She was initially placed under house arrest until 30 August and then, the house arrest was subsequently extended.

26 October 2018: The Pune Sessions Court rejected the bail plea of Sudha Bhardwaj. She was then sent to the women’s jail in Yerwada jail in Pune.

15 November 2018: In a nearly 5,000-page charge sheet, Pune Police presented their case against the first five activists arrested in June 2018, while claiming that the investigation against Sudha and other human rights activists arrested later is pending. The police claimed that some documents, recovered from the electronic devices of Sudha’s co-accused, also incriminate Sudha as an ‘active member’ of banned organisation CPI (Maoist). The charge sheet included various sections of the Indian Penal Code including sedition, promoting enmity, performing acts prejudicial to harmony, making statements conducing to public mischief and criminal conspiracy. Charges also include sedition and “waging war against the nation.” Charges were also filed under the draconian Unlawful Activities Prevention Act (UAPA) pertaining to unlawful activities, terrorist acts, raising funds for terrorist acts, conspiracy, recruiting persons for and being member of terrorist organization, providing support to and funding terrorist organizations.

21 February 2019: Pune Police filed a supplementary charge sheet at a special UAPA court against Sudha and eight other human rights defenders. The charges against all the arrested so far (9 social activists) remained the same as the original charge sheet—only more documents from the electronic devices of the accused were produced. However, the police produced no new evidence against Sudha, and no documents from any of her electronic devices.

August 2019: Sudha was granted temporary bail by the Bombay High Court from 17-20 August to be able to attend her father’s funeral. Her father passed away on 7 August.

15 October 2019: The Bombay High Court rejected Sudha’s bail application. The bail was moved noting the scant evidence against her; and the fact that it is all based on easily falsifiable and completely unverifiable electronic documents recovered from devices which were not her own. The public prosecutor opposed the bail application stating that the investigation is still underway and releasing her on bail would jeopardise the probe. The Bombay High Court said there was sufficient material in the charge sheet and reasonable grounds for believing that the accusation, was prima facie true.

1 November 2019: Activist and lawyer Shalini Gera went to meet Sudha in jail. She had carried two books for Sudha but was not allowed to give them to her. From then, till early 2021, Sudha was not allowed any reading material from outside the jail, since that supposedly posed a security risk to the jail.

24 January 2020: The Bharatiya Janata Party (BJP)-led central government abruptly transferred the inquiry into the Bhima Koregaon case from the Pune Police, in the state of Maharashtra to the National Investigation Agency (NIA), a central agency. This transfer came on heels of the fall of the BJP led government at the state-level, and the announcement by the new state government that it intended to closely examine the evidence in the case against the activists. The decision to transfer the case to the NIA is seen by human rights defenders as an attempt to maintain control over the political narrative on this case.

February 2020: An order was passed to move the investigation on the Bhima Koregaon case to the National Investigation Agency court in Mumbai. Days after Sudha and other activists arrested were transferred from the Yerawada Central Jail to Mumbai. She was moved to Byculla jail.

May 2020: A number of UN Special Procedures mandate holders released a public communication outlining their concerns with the UAPA law and encouraging the government of India to amend the UAPA to ensure its compliance with India’s international human rights obligations. Their concerns included the UAPA’s transfer of broad powers to the executive, and the use of the legislation to conflate human rights and civil society activities and non-violent criticism of state policies or institutions with terrorist activities.

June – September 2020: In the midst of the coronavirus pandemic raging through the country, Sudha moves the Bombay High Court for medical bail, stating that her underlying health issues (age, diabetes, hypertension, previous history of extensive pulmonary tuberculosis) makes her very vulnerable to Covid disease. Her plea was opposed by the National Investigation Agency which claimed her condition is not serious. Medical reports submitted in court by jail authorities reveal that Sudha has developed a heart ailment in jail. The activist’s daughter, Maaysha Bharadwaj, cited a medical report from the jail dated 21 July 2020 in which it has been stated that her mother is suffering from “Ischemic Heart Disease, a heart problem caused by narrowing of arteries that causes reduced blood flow to the heart muscle and can lead to heart attack”. Since Sudha did not have this serious condition prior to imprisonment, Maaysha surmises that “triggered by the stress” in jail. First the Bombay High Court, and then the Supreme Court turned down Sudha’s plea for interim bail on medical grounds.

February 2021: A report from a digital forensics firm, Arsenal Consulting, has posed serious questions about the credibility of the letters that the investigating agencies have used to implicate the 16 activists. They found that a cyber attacker had allegedly gained access to the laptop of Rona Wilson, of the activists and planted at least 10 incriminating letters on it.

March 2021: A second report from Arsenal Consulting further confirms ‘implant’ of 22 documents remotely by the same unknown hacker using Netwire malware in a sophisticated exercise into the computer of Rona Wilson. Amongst the documents found to be remotely planted by the hacker is a key document incriminating Sudha, that was relied upon by the NIA in opposing Sudha’s bail.

April - May 2021: Three weeks after her COVID-19 vaccination, Sudha called her daughter Maaysha from the prison and said she had diarrhoea that persisted even after antibiotics, intense fatigue, debilitating body ache and had lost her appetite and sense of taste, and the jail had ignored her applications for a hospital check-up. As this news spread, the jail authorities hurriedly got her tested. In the absence of test reports, Sudha’s daughter moved the Bombay High Court for medical bail, but eventually withdrew the application after the court ordered that medical reports for all prisoners will mandatorily be made available to them by jail authorities. As of 21 May, Sudha reported improvement in her health condition.

12 June 2021 : Sudha moved the Bombay High Court seeking bail on the ground that the 2019 chargesheet in the case against her was not filed within the statutory period of 90 days as required under Section 167(2) of the Code of Criminal Procedure. Lawyers also submitted that Sessions Judge Kishor Vadane was not designated as a special judge at that time either under sections 11 or 22 of the National Investigation Agency Act. They argued that the additional judge was hence not authorised to take cognisance of the 1,800-page supplementary chargesheet filed by the police in February 2019.

22 June 2021: The Bombay High Court directed the National Investigation Agency to file its affidavit by 3 July in response to the bail petition.

6 July 2021: The Bombay High Court directed the Maharashtra government to produce relevant records in the default bail plea of Sudha that the sessions judge who gave extension to the Pune Police to file the chargesheet was not competent to do so.

15 July 2021: The state government opposed a petition filed by Sudha for default bail citing a judgment to argue that a special trial Judge under the National Investigation agency Act (NIA) would come into the picture only when the agency starts investigating a case.

4 August 2021: The Bombay High Court reserved its verdict on a default bail plea filed by Sudha Bharadwaj on the grounds that the judge who took cognizance of the chargesheet in the Bhima Koregaon case was not entitled to do so.

10 August 2021: The National Investigation Agency filed draft charges against 15 accused in a special court in Mumbai in the Bhima Koraegon case. The draft charges include several sections under the Unlawful Activities Prevention Act and those under the Indian Penal Code, including sedition. The special court will now hear arguments from lawyers of the accused and the NIA to decide on the framing of charges against each accused. The court will then ask the accused whether they plead guilty or not for the charges.

20 August 2021: Bhima Koregaon accused Sudha Bharadwaj and Gautam Navlakha have approached the Bombay High Court seeking clone copies of all devices seized from them by the National Investigation Agency (NIA).

4 September 2021: Bombay high court granted two weeks to National Investigation Agency (NIA) to file its reply on petitions of activists Sudha Bharadwaj and Gautam Navlakha seeking clone copies of all electronic devices seized from them by the central agency.

13 October 2021: The National Investigation Agency (NIA) told the Bombay High Court that the remaining cloned copies of electronic evidence will be supplied to the accused Sudha Bharadwaj and her co-accused

8 December 2021: The National Investigation Agency (NIA) court granted bail to Sudha Bharadwaj. Bail conditions include her submitting a bond of 50,000 rupees (USD 663), surrender her passport and remain in Mumbai for further investigation. The court also prevented her from talking to the media about the case.