Participants: Around 60, half female and half male

This dialogue was held in the Kawempe Division of Uganda on 7 August 2018. Convened by Action for Humanitarian Initiatives (AFHI), the session focused on igniting youth and women-led grassroots organisations to discuss their understanding of democracy, the key drivers and enablers of challenges and how they have impacted, negatively and positively, on civil society organisations (CSOs) that promote democracy, and civil society responses and innovative ideas to improve democracy. The chosen format was that of focus group discussions to encourage brainstorming and sharing of experiences and to create a learning environment. Young people, female and male, took part in all the sessions. The facilitator used traffic-light coloured cards (green, red and yellow) to help individual participants categorise their views and go into a deeper analysis of democracy in Uganda.

Participants gave their understanding of the concept by citing what they considered as the key ingredients of democracy. Overall, these were: rule by the majority along with respect for the views of minorities; participation of both genders in decision-making processes regardless of political and tribal affiliations; transparency and accountability; respect for the constitution; and a substantial element related to achieving the ‘right’ decisions, i.e. those conducive to peace and prosperity for all.

The colour-coded cards were used to gauge the health of democracy in Uganda, according to participants. Seventy-one per cent of the participants chose red to indicate their discontent with the state of democracy, which they considered as failing due to the following:

However, 29 per cent of participants used yellow to indicate that the health of democracy in Uganda is less than optimal but not nearly as bad. They provided the following reasons:

Additionally, a majority of participants believed that the health of democracy in Uganda would improve over the next five years if CSOs actively engage in monitoring elections and create community awareness about the value of exercising the right to vote, and if citizens are empowered to demand the enforcement of good policies and programmes already in place, and to hold their leaders and representatives accountable for their actions. Participants unanimously agreed that Uganda is among the East African countries that have good systems and that the challenge lies with the lack of goodwill to implement them.

Through focus groups and presentations, participants identified the key drivers and enablers of democracy, including donors, political leaders, opinion leaders, cultural and religious leaders, and government ministries and local governments. These were seen as having the ability to provide financial support, formulate policies, create awareness of human rights, provide platforms for the voiceless, create referrals and linkages for legal support, and promote transparency and accountability. However, participants were also aware that the actions of these actors could have negative impacts. In particular, they mentioned the following:

The main challenges that participants identified as hindering civil society capacity to respond were the lack of financial resources to convene capacity-building trainings and other dialogues, monitor governance institutions and foster accountability and human rights; and the political interference with or limitations imposed on CSO work. 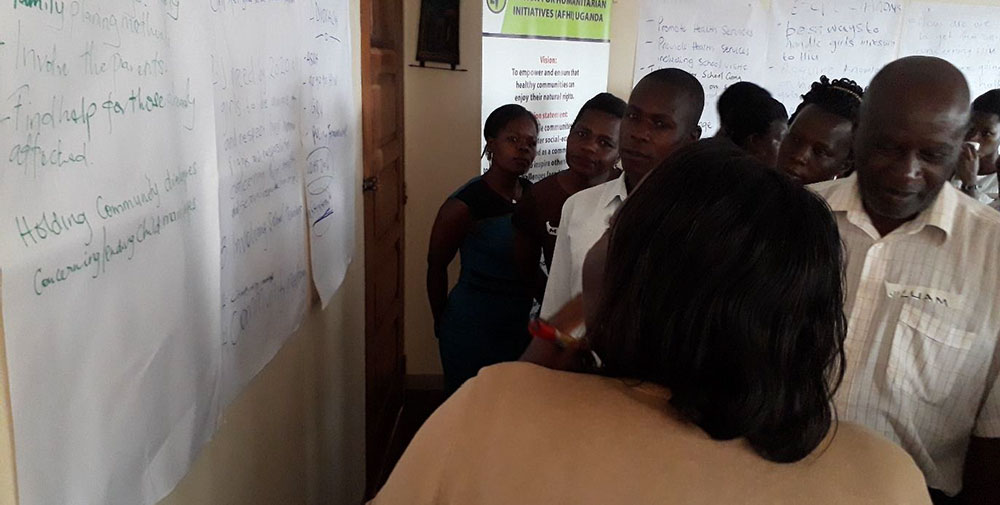