The Tajikistan National NGO Association (TNNGOA) conducted an inclusive debate around the question “Why Do I Need Democracy?”. The purpose of this dialogue was to feed into an information campaign. 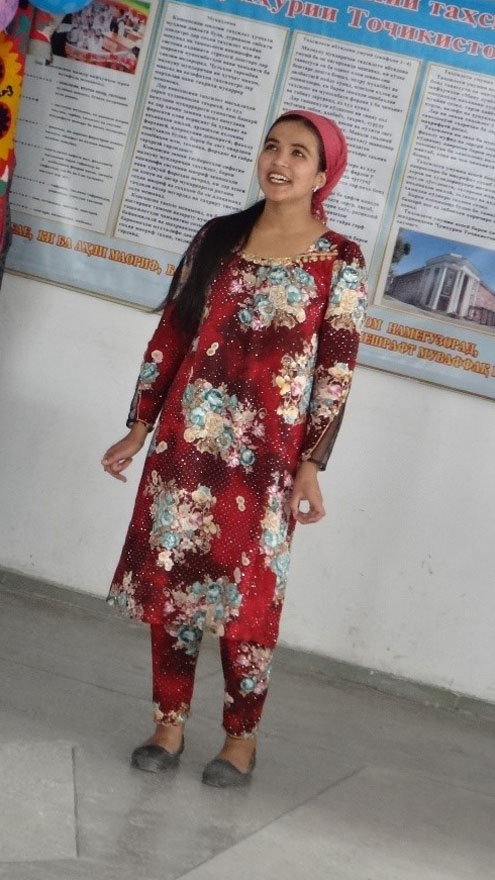 In order to make the dialogue more results-oriented, a questionnaire was developed by a working group of 11 members, including teachers, parents and students. The questionnaire included around 100 questions related to democracy in general, the role of democracy in schoolchildren’s life, their community, education, equality, justice and girls’ rights, among other issues. It also provided participants with new and interesting information and prompted them to think about their future in the context of the country’s democratisation and about their possible contribution in shaping the future of the nation. A number of special questions were addressed to the audience to get participants more actively involved in the dialogue. A number of History teachers were invited to serve as moderators.

The Democracy Dialogue was held in the facility of Rudaki District’s Creative Center for Children. A total of 73 people, including schoolchildren, parents, local authorities and CSO representatives attended the event. Discussions were held among selected schoolchildren. To allow for wider participation, the facilitators also addressed a number of questions to the audience.

The gathering of girls and boys interested in the theme of democracy and their role in shaping the future was considered significant. The programme started with a musical performance by activists of the Creative Centre for Children. Prior to the event, ten outstanding students had been selected based on criteria developed by the working group. The selected students were then divided into two teams that competed before the audience by answering the questions contained in a questionnaire that had been developed by the working group. 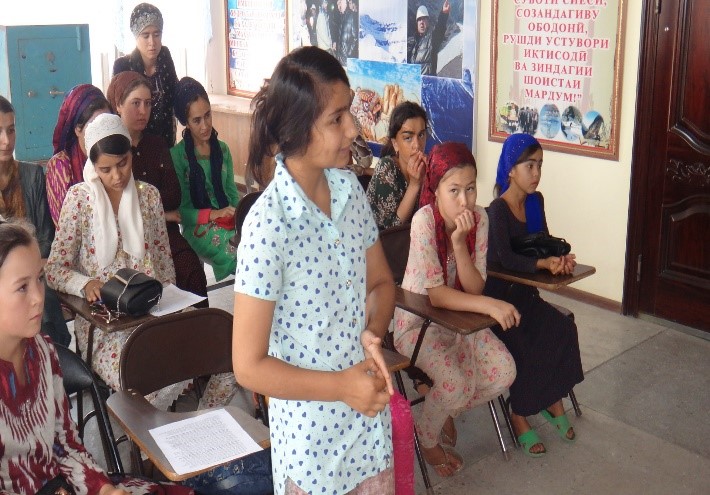 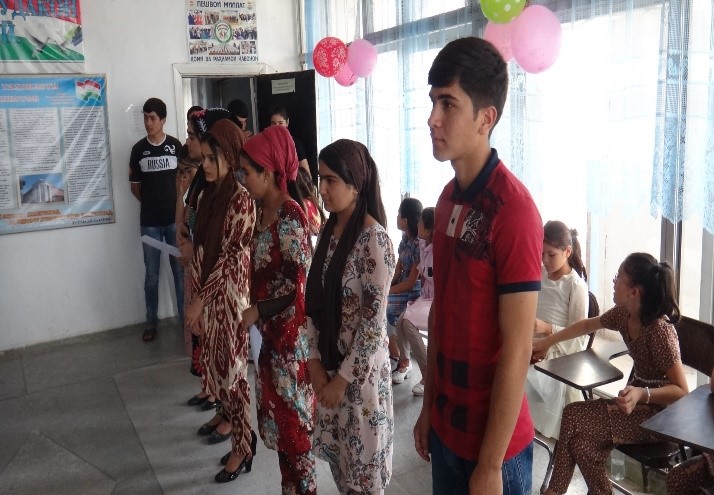 Both the competition among the two teams of schoolchildren and the questions presented to the audience focused on current challenges to democratic practices; trends, drivers and enablers of trends; ongoing civil society responses; the challenges encountered in responding; possible further responses; and civil society support needs. Dicussion revolved around the following questions:

In response to this question, 56 per cent of participants said that democarcy has not yet become an important part of their daily lives due to lack of information as well as apropriate access to available resources.

Around 70 per cent of participants answered that the general situation with the democratisation process in Tajikistan is improving and that it is having an increasingly positive impact on their lives.

Ninety-three per cent of participants were very optimistic that the situation will improve.

Most responses referred to the significance and role of high-speed communications technologies and social media.

Participants emphasised the growing number of CSOs and the role of communities in addressing socially important issues.

Almost all participants agreed that learning and having an active participation to improve their own lives will be the best way to change the situation.

All particpants agreed on the important role of the civil society and its organisations in pushing people, particularly the younger generation, to be more active and responsible in shaping their future.

The winning team and the most distinguished participants in the dialogue were awarded with gifts and souvenirs. The outcomes of the Democracy Dialogue will be distributed in the forms of photos and a press release amongst other schoolchildren at all local schools of the Rudaki District and posted on the official website of the Tajikistan National NGO Association.

Below are some comments of the participants:

“When you are comfortable, it means that democracy works. Am I comfortable with my life today? I am afraid not.” Farkhunda, 13-year-old girl.

“A strong influence of stereotypes on girls' access to education, the negative ratio of girls to boys in secondary and vocational education levels, the issue of early marriage – it’s all about gender inequality in education that makes our life very difficult in our community”. Nigina, 11-year-old girl.

“Many children in our country are not able to complete their study in schools. This applies particularly to girls who complete 9th grade only. Due to not being well educated, women cannot protect their rights.” Female participant.

“Three of my brothers are in Russia to earn money to support their families but I am scared for their life since nobody protects their rights and nobody cares about their return to their wives and kids”. Nargis, 14-year-old girl.

“The current curriculum does not prepare children adequately for life after school”. Parviz, 14-year-old boy.

“We have one of the highest unemployment rates in the country, particularly among youth. Youth are concerned that those job vacancies that do exist are often not filled in a transparent, merit-based manner: to obtain a job, you need to have connections or pay bribes”. Munisa, 16-year-old girl.

“Young people see labor migration as the only viable livelihood strategy. There is a need to ensure that migrant laborers are better educated, which will allow them to earn higher wages in their destination country”. Nasiba, 14-year-old girl.

Oveall, the Democracy Dialogue confirmed that the younger generation is eager to learn more about democracy, be an active participant of the ongoing democratic processes in the country, and contribute to development efforts and the sustainability of Tajikistan. It is recommended to increase the role of CSOs and civic activists in raising awareness among the population and making democracy work as it should. 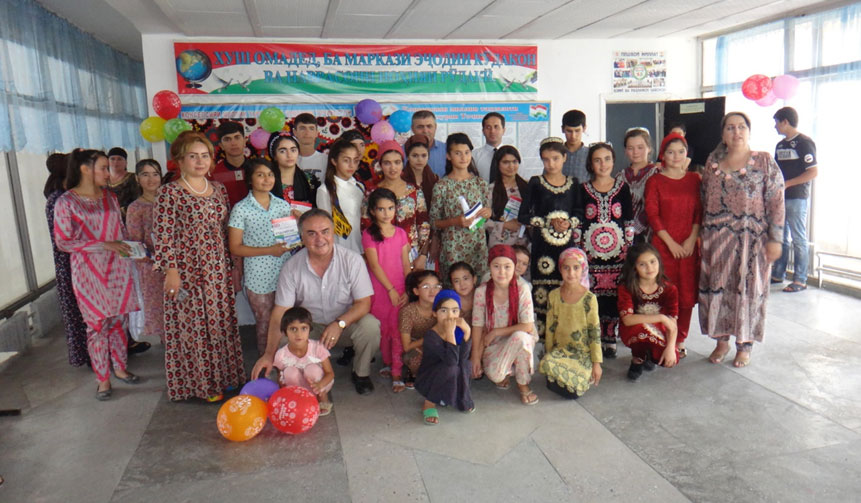