Democracy Dialogue held by the Network of NGOs of Trinidad and Tobago for the Advancement of Women, Port of Spain, 3 August 2018 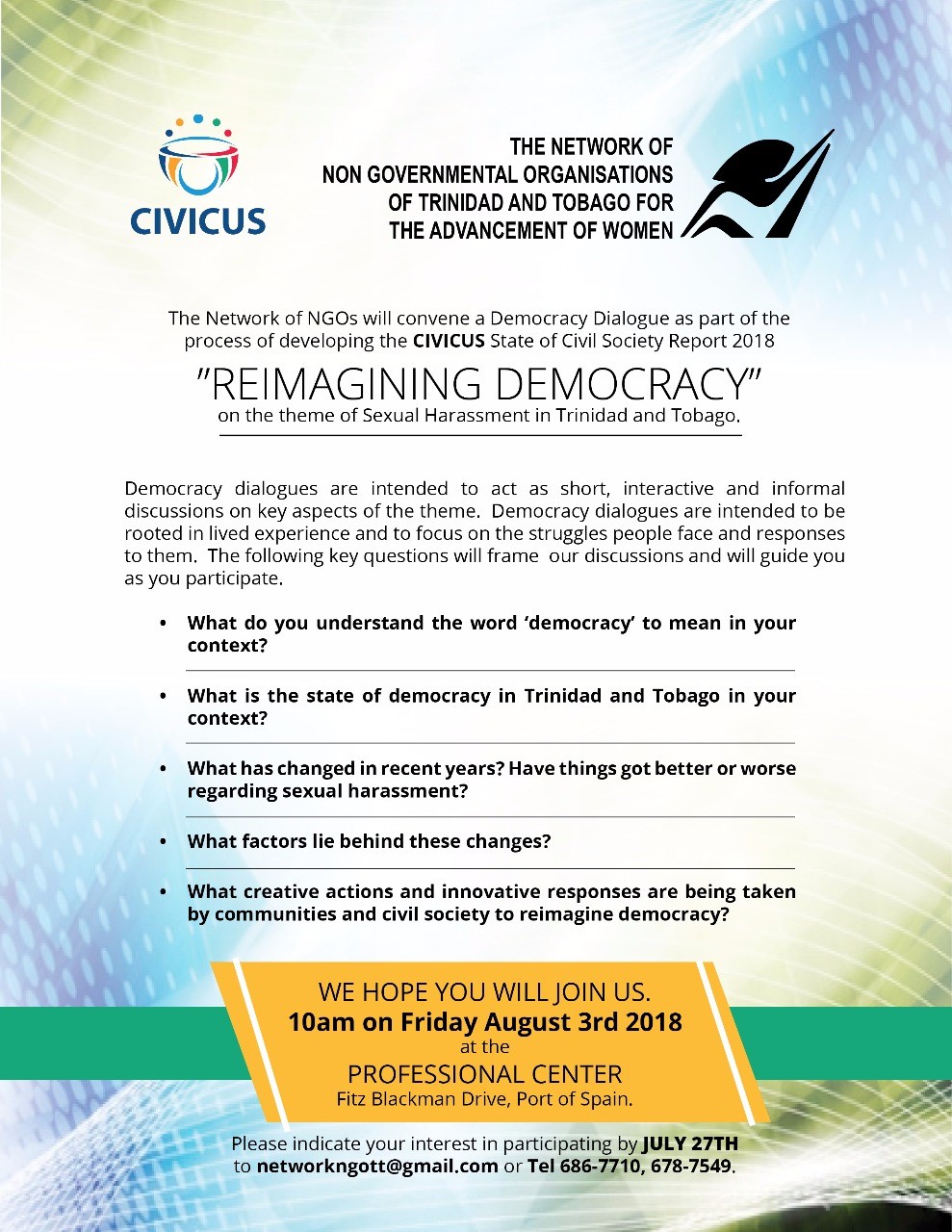 On Friday 3 August 2018, at the Professional Center, Fitzblackman Drive South, the Network of NGOs convened a Democracy Dialogue as part of the process of developing the CIVICUS State of Civil Society Report 2018, on the theme of Reimagining Democracy.

The Network of NGOs’ Women’s manifesto of 2015 contained a demand for a constitutional reform embracing the principle of true democracy, including enforcement of laws against sexual harassment (SH) in the workplace, as essential in the thrust for the devolution of power and the insistence on a just society for all. SH is considered a matter of power relations to be addressed in the context of democratic rights and freedoms. That is why it was chosen as the topic for discussion at this Democracy Diaogue.

VISIONS AND CONCEPTS OF DEMOCRACY (What democracy means to you)

One word to define democracy: