BURKINA FASO: ‘For a major segment of civil society security is a more urgent concern than democracy’ 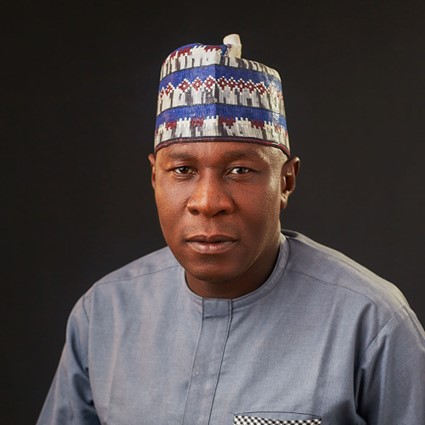 WADEMOS is a coalition of West African civil society organisations (CSOs) that mobilises civil society around the defence of democracy and the promotion of democratic norms in the region.

What led to the recent coup in Burkina Faso, and what needs to be done for democracy to be restored?

The current head of Burkina Faso’s ruling junta, Captain Ibrahim Traoré, cited persistent insecurity as a reason for the military takeover – as did his predecessor, Lieutenant-Colonel Paul-Henri Sandaogo Damiba. Attacks by armed groups are said to have greatly increased in the months following the first coup led by Damiba, in January 2022. According to analysts, Burkina Faso is the new epicentre of conflict in the Sahel. Since 2015, jihadist violence by insurgents with links to al-Qaeda and Islamic State has resulted in the death of thousands of people and displaced a further two million.

The coup also revealed the presence of a schism in the Damiba-led junta. It was orchestrated by military officers who were part of the coup that installed Damiba as head of state, but who now claimed that Damiba did not focus on reorganising the army to better face security threats, as they had expected. Instead, he stuck with the military structure that led to the fall of the government under President Roch Marc Christian Kaboré, and began to display political ambitions.

The security question remains the first challenge that needs to be addressed to make Burkina Faso a democratic state. The foremost role of a state, and more so of a democratic one, is to guarantee the safety of its citizens. A united Burkina Faso army will be necessary to achieve this.

The other thing that must be done is to see through the existing transition programme for the country to return to civilian rule by July 2024, to which the new junta has agreed.

Beyond the transition, the need to build a strong state and political institutions cannot be overemphasised. The challenges of corruption and economic marginalisation should be tackled in earnest. The need for stronger institutions is not peculiar to Burkina Faso: it is familiar to all the region, and particularly to those countries that have recently come under military rule, notably Guinea and Mali.

What was civil society’s reaction to the recent military coup?

In line with the disunity that characterises civil society in Burkina Faso, the civil society response to the coup has been mixed. But a notable section of civil society seemed to welcome the most recent coup because they saw the Damiba-led junta not only as authoritarian but also as aligned with politicians from the regime of President Blaise Compaoré, in power from 1987 to 2014. They saw the real possibility that those politicians could regain power and shut all doors on victims of the Compaoré regime ever seeing justice.

As a result, the view of the recent coup as a significant setback for the democratic transition agenda is not unanimously held among civil society. Additionally, for a major segment of civil society security appears to be a more urgent and priority concern than democracy, so the element that prevailed was the seeming incapacity of the Damiba-led junta to address the security situation.

The effort of the traditional and religious groups that negotiated a seven-point agreement between the Damiba and Traoré factions of the military, ending violence and forestalling further bloodshed, however, deserves commendation. That effort seems to have established a baseline of engagement between the Traoré-led junta and civil society. Such constructive engagement with the new government seems to have continued, with the notable participation of civil society in the 14 October 2022 National Conference that approved a new Transitional Charter for Burkina Faso and officially appointed Traoré as transitional president.

What is the situation of human right CSOs?

Burkinabe CSOs in the human and civil rights space have grown increasingly concerned about the victimisation of politicians and members of the public perceived to be pro-France as well as by the marked upsurge of pro-Russian groups demanding that France and all its interests be kicked out of the country.

On top of their concern about the raging jihadist insurgency, human and civil rights CSOs are also concerned about the stigmatisation and victimisation of citizens of Fulani ethnicity. This victimisation stems from the fact that many terrorist cells recruit Burkinabe people of Fulani extraction. There have been reports of arbitrary arrests and extrajudicial killings of Fulani people due to their alleged complicity in terrorist violence. Besides these two, no other notable cases of human rights abuses threatening civilians have been identified besides the ones already mentioned. Hence, even though it is still early in the Traoré-led government, it may be safe to rule out any consistent pattern of heightened human rights abuses under its watch.

How has the Economic Community of West African States (ECOWAS) responded to the military coup?

In accordance with the letter of its 2001 Supplementary Protocol on Democracy and Good Governance, the initial response of ECOWAS was to condemn the coup strongly and unequivocally, calling it an unfortunate and retrogressive development, especially in light of the progress made with the Damiba-led junta in preparing the ground for elections and democracy. ECOWAS also called for the junta to guarantee human rights and ensure stability.

Despite the ongoing sanctions against the country, following his meeting with Traoré, Mahamadou Issoufou, the former president of Niger and mediator sent to Burkina Faso by ECOWAS, said he was satisfied and that ECOWAS would remain by the side of the people of Burkina Faso. In what is the ECOWAS way to respond to military governments, ECOWAS will work closely with the junta to restore democratic order. The timeline stands and the deadline remains July 2024.

How have other international institutions reacted, and what should they do to support civil society in Burkina Faso?

Other international institutions have reacted similarly to ECOWAS. The African Union condemned the coup and said it was unfortunate in light of the progress already made towards the restoration of democracy. The coup was similarly condemned by the United Nations and the European Parliament.

If the international community wants to assist CSOs in Burkina Faso, what it first and foremost needs to do is support the junta’s efforts to stamp out the jihadist insurgency that continues to hold the country hostage. It should also assist the authorities in tackling not only the current refugee crisis but also the challenge of climate change, which is a contributing factor not just to the refugee crisis but also to the spread of terrorist violence.

The international community must also continue to mount pressure on the junta to deliver on its promise to adhere to the agreements the former junta reached with ECOWAS, to put an end to the victimisation of people on account of their political affiliations and ethnicity, and to set free anyone who has been imprisoned for political reasons.

Civic space in Burkina Faso is rated ‘obstructed’ by the CIVICUS Monitor.