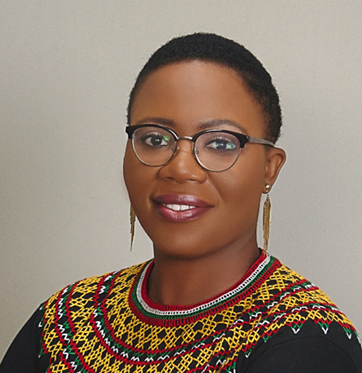 CIVICUS speaks with Cameroonian feminist researcher and writer Monique Kwachou about the ongoing crisis in Cameroon’s Anglophone regions. The conflict emerged in 2016 out of a series of legal and education grievances expressed by the country’s Anglophone population, which is a minority at the national level but a majority in the Cameroon’s Northwest and Southwest regions.

Monique is the founder of Better Breed Cameroon, a civil society organisation (CSO) working on youth development and empowerment, and the national coordinator of the Cameroonian chapter of the Forum for African Women Educationalists.

What have been the humanitarian consequences of the escalation of the conflict in Cameroon’s Anglophone regions?

The crisis in the Anglophone regions of Cameroon has internally displaced close to 800,000 English-speaking people, according to monitoring by humanitarian organisations. Many people are also emigrating to other countries in search of safety. Unfortunately, civilians have been used as a weapon so the only way they are able to protect themselves is by fleeing to safer regions within the country or fleeing the country altogether.

Unlawful killings and kidnappings are now rampant and somewhat normalised: they no longer shock us as they once did and there is a general trauma fatigue that breeds apathy, which is dangerous.

As we speak, some are trying to get a hashtag trending for Catholic clergy and worshippers who were recently kidnapped in the Northwest region. The kidnappers are demanding a ransom of 30 million CFA francs (approx. US$45,000) but the church is hesitant to pay because they know if they do it once, more people will be kidnapped and they will have to continue paying. Yet most social media comments on the news encourage payment based on the idea that there is nothing else that can be done. Apathy is the result of having heard too many such stories.

Given that the security forces have a reputation for violence and contributed to the development of the crisis with their burning down of whole villages earlier on, people don’t have faith in them either.

As a teacher I think one of the saddest impacts of this crisis has been on education. I don’t think anyone is receiving quality education. Many people have migrated to other regions, particularly to Douala, Cameroon’s largest city, and Yaoundé, the capital. As a result, schools there have become overpopulated. The teacher-to-student ratio has gone up and the quality of education has dropped. In the crisis regions, the future of students is put on hold with each and every strike and lockdown and their psychological wellbeing could be affected.

What will it take to de-escalate the situation?

I think the government already knows what needs to be done for the situation to de-escalate. Edith Kahbang Walla, of the opposition Cameroon People’s Party, has outlined a step-by-step process of de-escalation and peaceful political transition. But the problem is that the ruling party does not want a transition. However, as it looks like their plan is to stay in power forever, it would be better for them if they made changes to benefit all regions of Cameroon.

Extreme measures have been adopted to bring attention to the problems faced by English-speaking Cameroonians. The Anglophone regions continue to observe a ghost town ritual every Monday, taking the day off to protest against the authorities. On those days schools don’t operate and businesses remain closed. The original purpose was to show support for teachers and lawyers who were on strike but it is now having a negative impact on the lives of residents of the Anglophone regions.

If the government could consider a better strategy to negotiate with secessionists, the situation could be dealt with effectively. Unfortunately, the government has made negotiation impossible since the crisis began, as it arrested those who took part in the protests. Who is the government going to have a dialogue with now? They claim they won’t negotiate with terrorists while forgetting that they created the monster. They should acknowledge the root causes of the problem or otherwise they won’t be able to fix it.

What challenges does civil society face while advocating for peace?

Civil society is a victim of both sides of the ongoing conflict. CSO activities geared towards development have been greatly affected by the crisis, as CSO work is now geared mostly toward humanitarian action.

On one hand, the government is undermining Anglophone activism through arrests and restrictions on online and offline freedom of speech. Anyone who speaks up against the government and what the military are doing in the Anglophone regions may be in danger. For example, journalist Mimi Mefo was arrested for reporting on military activity and had to leave Cameroon because her life was threatened.

On the other hand, peace activists advocating for children to go back to school are also being attacked by secessionist groups who think their activities are being instrumentalised by the government. Hospitals have been attacked by both the military and secessionist armed groups because they helped one or the other.

Aside from the challenge of danger that CSO members face in the course of their work, there is also the challenge of articulating messages for peace and the resolution of the crisis without being branded as pro-government nor pro-secessionists, particularly as the media tries to paint the conflict as a simply black-or-white issue. This has not been an easy task. Limited resources also make it difficult to carry out peacebuilding work.

How can the international community support Cameroonian civil society?

Humanitarian organisations started becoming visible in the Anglophone regions during the crisis. They are giving humanitarian aid, but it is like a plaster on a still-festering wound, because it happens after the damage has been done: it is in no way addressing the crisis.

I have not seen the international community help Cameroon address the root causes of the conflict. It could help, for instance, by tracing the sale of arms to both sides of the conflict. Our main international partners could also use their influence to pressure the government to move towards actual inclusive dialogue and ensure the adoption of effective solutions to the crisis.

Civic space in Cameroon is rated ‘repressed’ by the CIVICUS Monitor