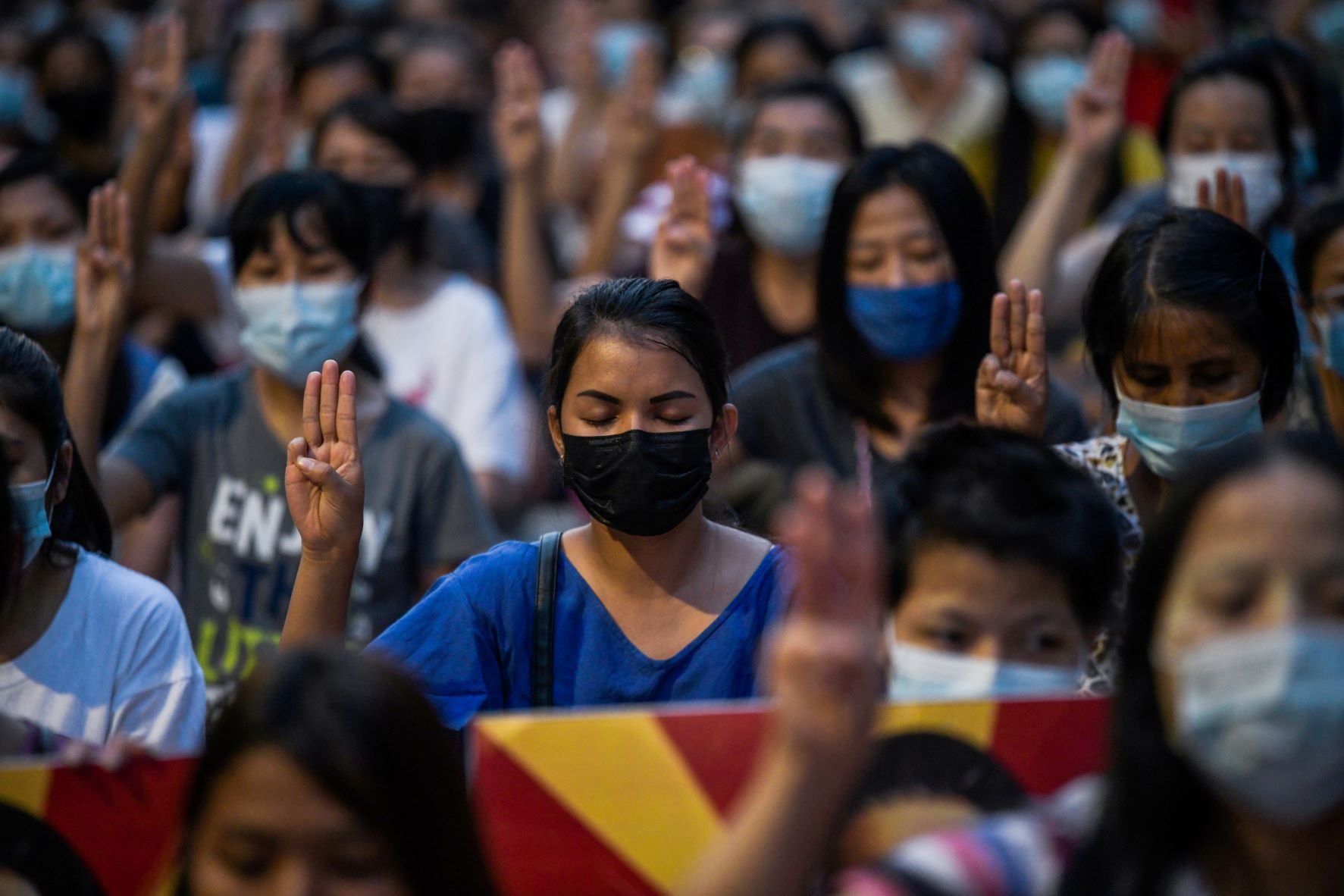 CIVICUS speaks about the human rights situation and prospects for democracy in Myanmar with a civil society activist based in Myanmar, who asked to remain anonymous for security reasons.

What is the current situation in Myanmar, a year and a half on from the military coup?

Myanmar has been in turmoil since February 2021. The coup halted the fragile democratisation process. All branches of government – legislative, executive and judiciary – were concentrated in the hands of the junta and fundamental rights were suspended.

The rule of law has been significantly degraded at every level. In the business sector, the junta’s inconsistent regulations make it impossible for investors to make decisions. Foreign investors are increasingly withdrawing from Myanmar, and the telecom sector fell into the hands of the junta’s cronies. The junta has questionable capacity to manage the economy, and inflation has pushed up the prices of essential commodities.

The degradation of the rule of law puts people’s everyday life and livelihood at risk. Repression and fundamental rights violations make everyone feel unsafe and spread fear. The junta uses fear as a domination tool. Even once-peaceful villages in central Myanmar have become conflict zones where the junta’s troops have destroyed tens of thousands of people’s humble homes.

What effects has the coup had on civil society?

The post-coup setting is very challenging. The coup set back civil society, which had been slowly growing since the late 2000s, when young democracy and human rights activists who had survived the military dictatorship started getting together and organising to pursue common objectives.

Our organisation came into existence in the early days of Myanmar’s political transition. There were limited freedoms and rights and limited space for civil society organisations. Our objective was to create a gathering space and provide support for political and civic activists. Within a decade, we adopted the broader objective of promoting civic space in Myanmar. We use technology to reach the right audiences and promote civic awareness, participation and engagement.

Right now our work is severely restricted. A few organisations have relocated their offices to border areas or neighbouring countries, but we continue operating inside Myanmar. Since speaking out entails security risks, along with many other activists and organisations we have changed our approach, keeping a low profile. We are also conducting research as a tactical response to understand the challenges and find possible ways out.

For some of Myanmar’s local civil society activists, life under a repressive regime is not a new experience: they operated under similar conditions before the 2010s. They continue to take numerous risks to serve their communities. Some organisations have also managed to channel international humanitarian assistance to conflict areas and vulnerable populations.

What kind of work are pro-democracy groups doing and what backlash do they face?

Restoring democracy is hard work. Pro-democracy groups are working to force a return of power to an elected government. They discuss things such as interim arrangements, political pacts for federalism and a transitional constitution. On the ground, they promote rights and freedoms and defend people from the junta’s repression.

Having expressed their wish for democracy in the 2020 general election, the public supports pro-democracy groups in various ways, such as by taking part in peaceful demonstrations and campaigns for the suspension of tax payment, boycotting the junta’s products and brands, and joining in so-called ‘social punishment’, a form of protest that consists of doxing members of the junta and their family members – revealing information about their businesses and family connections. Many people inside Myanmar and in the diaspora also contribute financially to support the security of people in conflict areas and provide emergency humanitarian supplies.

The vital goal of pro-democracy protests is to sustain awareness of fundamental rights and freedoms, provide encouragement and show determination to take action rather than be the junta’s victims. In the earlier days, the protests were joined by people from all walks of life, including young people, students, members of civil society and political parties, government staff and celebrities. Even as the junta used lethal force and arbitrary arrests and committed atrocities, they continued to demonstrate daily in some rural regions and hold occasional flash mobs in urban areas.

The junta keeps trying to clear out pro-democracy groups and to get the endorsement of the international community. As it finds the latter quite hard, it increasingly focuses on the former. They apply the so-called ‘four cuts’: they try to cut off financial support, rations, information and recruitment by pro-democracy groups. They arrest high-profile businesspeople suspected of supporting them and strictly regulate financial transactions. They deploy police and troops at every crossroads, equip their supporters with weapons and train informants. They have banned numerous news agencies and publications that could counter their propaganda and torched villages that were believed to host pro-democracy groups.

What will be the consequences of the recent executions of pro-democracy activists?

In late July the military executed four pro-democracy activists. It was the first time the death penalty was imposed in Myanmar in decades.

For the junta, this means there is no turning back. They meant it as a message to shock and paralyse people and comfort their hard-line supporters. But it backfired: it fuelled robust determination among pro-democracy groups.

Internationally, the executions showed that the junta will not play by the rules to gain international recognition. In fact, it has continued to show muscle, using hostage diplomacy. A former British ambassador, recently jailed, became one of the victims of this.

When they lose power, they will have to face justice. Any transition will have to contemplate transitional justice arrangements to hold everyone who committed crimes against humanity and war crimes accountable in domestic and international courts. They shall not enjoy impunity anymore.

How can the international community help Myanmar’s civil society?

Myanmar needs attention and practical coordination. The international community must listen to our people’s voices and reflect on their agendas by following up with quick and responsive actions. Paying attention to local concerns and voices and developing effective international assistance will make people feel more hopeful and maintain their resilience.

Meanwhile, the junta is trying to boost its legitimacy by holding a controversial election. Elections under its iron fist will never be free and fair. The international community must be clever enough not to recognise such elections, which are a rotten trick the military have used for decades. Endorsing the junta as a legitimate ruler will only prolong the crisis.

So we ask the international community: please listen to and amplify Myanmar people’s voices!

Civic space in Myanmar is rated ‘repressed’ by the CIVICUS Monitor.