ANGOLA: ‘Much effort was put into excluding people from the electoral process’

CIVICUS speaks about the recent Angolan election and its aftermath with Catarina Antunes Gomes and Cesaltina Abreu from the Social Sciences and Humanities Laboratory of the Catholic University of Angola (LAB). LAB works closely with Civic Movement Mudei (‘I changed’ in Portuguese), a movement of multiple civil society organisations (CSOs) that advocate for democratic change in Angola. It campaigns for voting rights and fair conditions of electoral competition, including transparent funding, equitable media coverage and citizen monitoring of election processes. 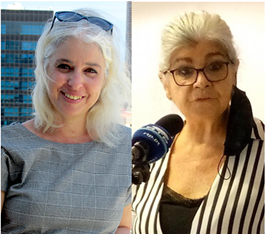 What kinds of civic space restrictions did Angolan civil society encounter during the election?

Civil society has faced many constraints before, during and after the election. Prior to the election, there was a partial review of the constitution that was done without any consultation and did not follow the recommendations of the African Charter on Democracy, Elections and Governance. The organic law on general elections was also amended without the participation of civil society or the political opposition, and it resulted in reduced electoral transparency. Key stakeholders were denied a platform to be part of the process.

A few months before the election, the government also decided to change Angola’s political and administrative division, with potential impact on the drawing of electoral districts. Although it did not follow through with this reform, this caused great confusion and gave rise to suspicions about the intentions of the ruling party, the People’s Movement for the Liberation of Angola (MPLA), and the credibility of the election.

In 2021 President João Lourenço appointed Laurinda Cardoso, a member of the MPLA’s political bureau, as chief judge of the Constitutional Court. Civil society also raised concerns about the appointment and swearing in of Manuel Pereira da Silva as the new president of the National Electoral Commission. But our voices have been overlooked during the whole process.

The media situation has also been very precarious. Since the start of the electoral process, state intervention has increased, even in private media. Mudei monitored the media coverage of various parties and candidates from May until July and found that both public and private media had become instruments of propaganda, undermining the right to freedom of information and free choice.

On 6 July, just as the electoral campaign was about to begin, a new law was proposed to prohibit surveys and posts revealing voting choices. Instead of ensuring people were fully included in the electoral process, much effort was put into excluding them.

As a result, the level of transparency and fairness of the 24 August election has been dubious to say the least. It has been questioned by civil society through many public statements. The organisations we work with, Mudei and LAB, have produced a statement indicating they do not consider the elections to have been transparent, fair and free.

What do you think contributed to low voter turnout?

There were probably many reasons why fewer than half of registered voters went to the polls, but we believe major ones were disorganisation, fear and lack of trust.

The whole process was badly organised. In September 2021 there was an ‘unofficial electoral registration’ period, which is really a process of connecting databases to determine who is eligible to vote, but it was not made clear to people what this was about. Most people were confused about what the law said on residency and voting. The process was marked by lack of clarity and irregularities. Everything seemed too complicated so many lost interest. Many people were excluded as a result.

People were also afraid. The electoral campaign should be a time when candidates share their ideas with us, debate their parties’ proposals and tell us their thoughts about Angola’s future. But this was not what happened. The ruling party had a strong negative discourse, treating the other parties as enemies rather than adversaries. They didn’t present any ideas on how to make the country progress and what they published as their political programme was of very low quality.

Staying away from the polls can also be interpreted as a form of protest. We have done a lot of comparative electoral analysis and found that protest voting has increased in Angola through the years. This is the result of people’s complete lack of faith in political institutions, given their limited democratic character and lack of transparency. This year the protest vote rose even further.

How has the Angolan government reacted to civil society’s criticisms of electoral irregularities?

The government has responded with repression. There are two situations that we would like to share with CIVICUS and other international allies so they can help us by providing visibility, pressuring human rights international bodies and offering support in the form of capacity-building and funding for human rights activists and social movements in Angola.

The first situation concerns Pascoal Baptistiny, executive director of MBAKITA, a CSO that promotes the rights of Indigenous peoples and traditional communities in the province of Cuando Cubango in southern Angola. Pascoal has expressed concerns about the election, including in an interview with CIVICUS last year. This made him a target. He was put under surveillance and has recently requested our help to evacuate his family to Luanda, Angola’s capital, because he has been threatened and is afraid for their safety.

The second situation concerns several members of Mudei, including its coordinator, who has been threatened repeatedly. Another of our colleagues, who was an independent candidate, has been mentioned in aggressive articles and social media posts along with an official from the European Union delegation in Luanda. They are attacked as part of a supposed subversive conspiracy involving powerful international interests aiming at destabilising Angola.

The feeling of oppression has been increasing. The Angolan army has been put on high alert, allegedly to prevent attacks. But how would unarmed civilians be able to attack them? That is clearly an excuse; their presence is threatening and intimidating. We urge the international community to publicly denounce what our government is doing to people and act to protect civil society activists who continue to work regardless and face threats and violence as a result.

Civic space in Angola is rated ‘repressed’ by the CIVICUS Monitor.