ANGOLA: ‘Chances for real democracy in Angola are quite low’ 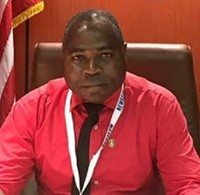 CIVICUS speaks about the recent presidential and National Assembly election in Angola with Pascoal Baptistiny, Executive Director of MBAKITA – Kubango Agricultural Benevolent Mission, Inclusion, Technologies and the Environment.  MBAKITA is a civil society organisation based in Cuando Cubango province in southern Angola. Founded in 2002, it defends the rights of Indigenous peoples and traditional communities, denounces the discrimination they suffer and the expropriation of their lands, and promotes a more just, democratic, participatory, tolerant, supportive, healthy and humane society.

What was the political climate in the run-up to the recent election in Angola?

The political climate was very unfavourable, not at all conducive to a free and fair election. Angola was already characterised by heavy restrictions on civic space, and this worsened in the run-up to the 24 August election.

Restrictions tightened before the election and were maintained during the voting and in the aftermath, to prevent protests at suspected fraud. Rapid Intervention Police, State Secret Information Services, Public Order Police, Migration and Foreigners Services, Border Guard Police, Criminal Investigation Services and the Attorney General's Office were all deployed in the streets of Angola’s 18 provinces.

How did civil society mobilise around the election?

In the run-up to the election, the political opposition and civil society tried to protest against irregularities in the electoral process and demand equal treatment of all parties in competition, but they were not allowed to. A protest organised by opposition parties, including União Nacional para a Independência Total de Angola (UNITA), the main opposition party, was banned in late July, and another called by civil society a week before the election was banned, and when protesters assembled regardless, they were dispersed by the police.

Civil society also provided civic education, worked to create awareness and mobilise voters, monitored the electoral campaign, including parties’ access to airtime and fair coverage, and did its best to observe the election, from the opening of voting places to vote counting and the publication of the final results.

To what extent do you think the results reflect the will of the Angolan people?

I don’t think the election was free or fair because the National Electoral Commission and the Constitutional Court have functioned as branches of the party-state: the ruling Movimento Popular de Libertação de Angola (MPLA) has governed the country uninterruptedly since 1975.

The election was plagued by irregularities, which prevented the election of UNITA’s Adalberto Costa Junior, ensuring instead the re-election of incumbent João Lourenço. It is quite telling, however, that the ruling party was declared the winner with the lowest percentage of votes in history, 51 per cent, compared to 44 per cent for UNITA.

Chances for real democracy in Angola are quite low due to the level of electoral corruption practised by the party-state.

During the election, I coordinated the Electoral Observation Mission of the Angolan Electoral Observatory in the province of Cuando Cubango. Members of the MPLA became aware of my observation work and my criticisms regarding the lack of integrity of the electoral process.

Following the election, I spoke to CIVICUS towards what would become this interview. The interview had obviously not been published yet, but members of the ruling party somehow knew about it and reacted strongly. I have been intimidated, received death threats and my office and home were put under surveillance. On 4 September, two men tried to kidnap my seven-year-old daughter, enticing her with biscuits and sweets; fortunately, our neighbours noticed what was happening and went after them to prevent them taking her.

What support does Angolan civil society need to be able to continue working for democracy and human rights?

Democratic change will only be possible when the international community takes the situation in Angola seriously and contributes to the establishment of institutions that can deliver truth, justice, government transparency and electoral impartiality.

As well as this long-term investment, we also need immediate help to ensure our safety so we can continue doing our work. Right now, I personally need support to temporarily relocate my family to a safer place in Angola.

Civic space in Angola is rated ‘repressed’ by the CIVICUS Monitor.

Get in touch with MBAKITA through its Facebook page.