CAMEROON: ‘Indigenous people should be at the forefront of our own movement and speak for ourselves’ 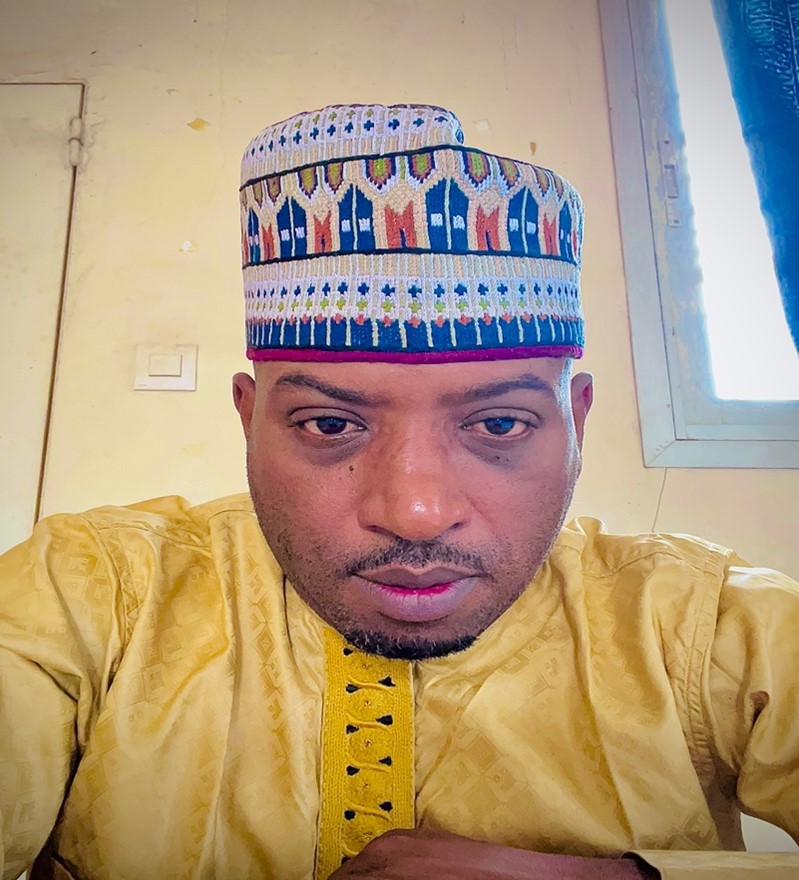 MBOSCUDA is a civil society organisation with ECOSOC Status that advocates for the rights of Indigenous peoples in Cameroon. It aims to ensure that Indigenous peoples are integrated in the development of Cameroon by promoting their participation in decision-making processes.

What is the current situation of Indigenous people in Cameroon?

The situation of Indigenous people in Cameroon is not particularly good at the moment. There are people trying to get self-determination, and this has caused conflict in some parts of Cameroon. Unfortunately, the bulk of Indigenous people I work with, pastoralists, are in the English-speaking part of Cameroon, where calls for independence have led to conflict, and they have been caught in the middle of the violence.

They are being abused. There is no respect for their territories and their basic human rights, and the government has failed to protect them. Civil Society organisations have collected data that indicate gruesome acts are being committed against Indigenous peoples during the ongoing armed conflict in the Northwest and Southwest of Cameroon. Indigenous people are being killed and they cannot defend themselves.

Indigenous people in Cameroon still live below the poverty line. Most people in the community struggle to get employed because of limited opportunities in the labour market. Some of them end up engaging in small income-generating activities such as livestock farming and the sale of hunting products. But this is not enough to sustain their lives.

The reason it is sometimes difficult for Indigenous people to get employed is because they struggle to get access to education. There are not enough schools, teachers and educational resources in Indigenous communities. The government has tried to implement projects to address this problem, but these have not really been effective.

Much work still needs to be done for Indigenous peoples to gain full recognition in Cameroon. It is saddening that health services and other social facilities are not adequately provided to Indigenous people. The government needs to do a lot more to ensure that Indigenous people have access to healthcare in their communities.

The government has tried to give visibility to Indigenous peoples in Cameroon through the International Day of the World’s Indigenous Peoples, held annually on 9 August, but if their right to life is threatened then the visibility given to them is not having much of an impact. There is a need for structural changes to guarantee sustainable development for all people in Cameroon.

What human rights violations do Indigenous people experience in Cameroon?

One of the biggest human rights violations that Indigenous people face in Cameroon is the lack of legal recognition of their right to their territories and their right to life, especially in the conflict-ridden English-speaking regions of the country. Land legislation in Cameroon does not recognise Indigenous peoples’ land holdings and therefore does not protect their land and resources. It is challenging for Indigenous people to register their land because the activities they tend to carry out do not fall under the requirements set out by the government when it comes to effective occupation and exploitation, which is a condition sine qua non for land registration in Cameroon. Activities such as hunting and livestock grazing do not fall under the category of productive land use required for land registration. Commercial developments in Indigenous peoples’ territories affect their livelihoods, and their land is grabbed by people who are not part of the Indigenous community.

The implementation of the United Nations Declaration on the Rights of Indigenous peoples (UNDRIP) is supposed to provide Indigenous people with better living conditions and protection against losing their territories. However, I do not think the declaration has been well implemented in Cameroon.

UNDRIP urges governments to recognise and protect Indigenous peoples and their rights. Their land and territories should be protected by the government, but the government violates their rights on a daily basis. We understand that the declaration does not carry any legal obligations, but it should be used as guidance on how to respect Indigenous people and value their participation in the development of the country.

Cameroon still has land laws that were colonially inspired and do not recognise the rights of Indigenous peoples as far as territories are concerned. This might be the reason the government does not take UNDRIP into account.

Pastoral people have a secretary general in the Ministry of Livestock, Fisheries and Animal Industries, which is something positive, but it is very limited. It is safe to say that Indigenous people still lack political representation.

What should the Cameroon government do to help advance the rights of Indigenous people?

It would be good if the government met the requirements set by international legal instruments aimed at advancing and protecting the rights of Indigenous peoples. It should also revise the laws that discriminate against Indigenous people, along with its land tenure policies.

In addition, administrative recognition of Indigenous communities would help preserve their cultural and historical heritage. When Indigenous peoples are mixed with neighbouring communities their culture becomes diluted and their history is easily neglected. Ensuring that they are not forcefully integrated with other communities would secure a future for the coming generation. The government should also promote land rights reform.

Hopefully, with time Indigenous peoples will get economic support and their participation in the development of the country will become noticeable. I believe all of the above can be achieved if the government ratifies the International Labour Organization’s Indigenous and Tribal Peoples Convention, ILO Convention 169.

How is your organisation working to advance Indigenous rights?

MBOSCUDA is a community and membership-based organisation present in almost all regions of Cameroon. It was established in 1992 to promote proper living conditions for Mbororo pastoralists. We work to have the socio-cultural, political and economic rights of the Mbororo people recognised. We have consultative status with United Nations Economic and Social Council and had an observer status with the African Commission on Human and Peoples’ Rights.

We collaborate with various ministries of the Cameroonian government. Our hope is that we can secure some of the services Indigenous people need to have a dignified life. These include, but are not limited to, civil status registration so they can get married, educational resources and healthcare facilities. We also undertake lobbying and advocacy work. To raise awareness of Indigenous peoples’ rights we participate in seminars on Indigenous peoples in Africa.

Unfortunately, the ongoing crisis in the Anglophone regions has reduced our activities in some parts of the country. There are places we cannot currently work in because of the conflict. If we decide to go regardless, the chances are high that we will not come back. In addition, some communities that act as if they own Indigenous peoples feel threatened by our work because they know they will not be able to continue exploiting them once Indigenous people have access to information and education.

How can Indigenous groups work together to promote their rights globally?

Indigenous people should collaborate and form a strong global alliance. Their voices will be stronger and the possibility of them getting recognised will be higher. We should offer each other a helping hand because we are all fighting the same battle, just in different territories.

The platforms that international organisations provide us should be used as a tool to hold our governments accountable. It is very important that we share our narratives and do not let people speak on our behalf. We know our struggles and nobody but us can elaborate on what our needs are, so we should be at the forefront of our own movement and speak for ourselves.

Civic space in Cameroon is rated ‘repressed’ by the CIVICUS Monitor.

Get in touch with MBOSCUDA through its Facebook page.