GLOBAL CAMPAIGN: ‘The future of work requires a shift away from a focus on time’ 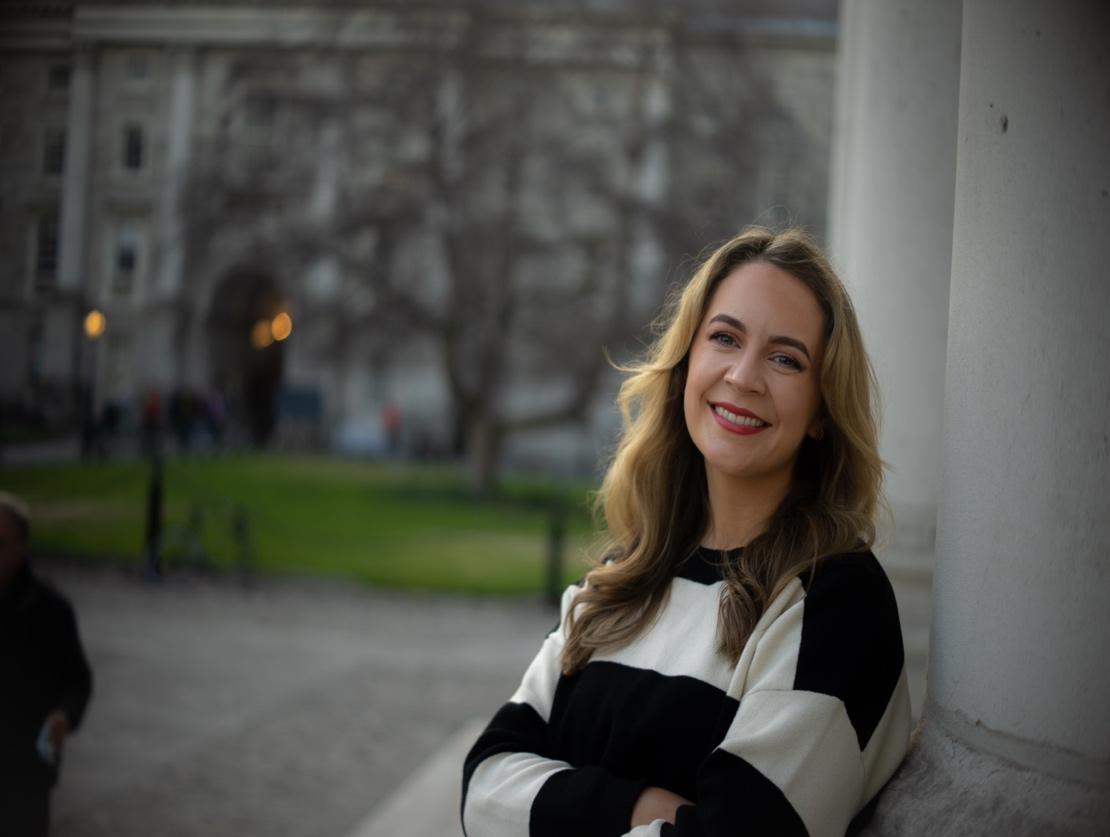 CIVICUS speaks about the proposal for a four-day working week with Hazel Gavigan, Global Campaigns and Activation Officer of 4 Day Week Global.

4 Day Week Global is a civil society organisation (CSO) that advocates for a move towards a four-day working week to improve both workplace productivity and the wellbeing of employees.

How would the proposed four-day week work, and why do you advocate for it?

The disruption to societal and workplace norms by the COVID-19 pandemic has illustrated the potential for very different models of work, for both workers and employers, and reinforced the need to rethink old, established patterns. We believe the future of work requires a shift away from a focus on time, as this is not an effective way to measure people’s contributions at work. Instead, we need to focus on measuring and rewarding collective outputs.

The four-day week we are campaigning for has countless cross-society benefits in terms of gender equality, sustainability and general improvements to health and happiness. Where implemented, it allows for better distribution of caring responsibilities, as reduced working time enables men to carry out a greater portion of labour within the home. This, in turn, helps remove barriers to women achieving senior positions in work, taking on leadership roles and pursuing training opportunities.

Research also suggests that moving to a four-day week will reduce carbon emissions by around a fifth, by cutting back on commuting time and energy use in buildings. In her recent TED talk, one of our research partners, Professor Juliet Schor, also makes the point that when people are time-stressed, they tend to choose faster and more polluting modes of travel and daily life activities. Whereas when we get time rather than money, we tend to have a lower carbon footprint.

And crucially, with an extra free day in the week, workers report feeling happier and less stressed and are more productive. This alone is an excellent outcome, but it also has a positive impact on businesses. Employers find that productivity is maintained, or in some cases, increased and they also have less costs associated with employee sick leave due to stress and burnout, and recruitment and retraining, as workers are satisfied in their jobs and less likely to leave for elsewhere.

How are you advocating for the four-day week?

Previously, we established national campaigns to generate interest and conversation in a country and then built on that to run a pilot programme there. However, the pandemic has turbocharged an organic momentum and now our pilot programme is the main driver of the campaign.

Up to now, most case studies on the four-day work week were conducted at an individual company level, with a few exceptions, such as Iceland. The purpose of our pilot programmes is to demonstrate that the positive outcomes achieved by individual businesses we’ve observed can be replicated on a much broader scale in a variety of countries and industries.

If we can prove the positive impact of reduced-hour, productivity-focused working on business outcomes, employee wellbeing and society in general, those results will be the driver of change that will get more and more big corporations and governments interested.

So currently, the data and evidence our pilots produce is central to our approach in influencing the policy agenda.

4 Day Week Global is currently running coordinated six-month trials of the four-day working week in Australia, Canada, Ireland, New Zealand, the UK and the USA, with numerous others planned in the coming months.

As part of this, we have developed a package of support for employers who agree to participate in the pilot, which provides those organisations with access to the expertise, tools and resources they need to run a smooth and successful trial.

We offer a specialised training programme, designed and delivered by companies who already operate a four-day week. Companies receive mentorship and advice from a panel of experts and business leaders from around the world. There are networking opportunities with other companies participating in the trial and participants get access to world-class academic research and expert analysis.

Leading scholars work with each participating company to define and establish their research baseline and relevant productivity metrics for the trial. The economic, social and ecological impact of the four-day week is also monitored throughout, assessing productivity, employee wellbeing and gender and environmental impacts, both through direct carbon emissions and indirect behavioural changes. Ultimately, the key to success is recognising that time invested in work actually matters less than the results produced.

We also have hundreds of advocates who volunteer to help grow the movement, offering everything from starting a national campaign for a four-day week in their own country to simply sharing some content on social media. It’s through this network that we can sustain and expand our level of growth, so if anyone reading this article would like to join the cause, they can sign up here.

How did you win support for the four-day work week trial currently happening in the UK? What do you hope to get out of it?

There’s a 4 Day Week Campaign in the UK which has been active for a number of years and quite high profile in terms of commissioning research and engaging in debate in the public square. So that definitely played a role in priming the audience and generating interest and support for the trial that recently launched.

This is also an idea whose time has come and the support seen for the four-day week in the UK is largely down to an exponential growth in the conversation about how we work.

Business leaders are drawn to this for recruitment and competition purposes in the midst of the ‘great resignation’ – a time when many people are looking to switch jobs. Managers are more open-minded because they were forced to trust their workers during the pandemic and figure out how to measure actual output as opposed to how long employees were spending in the office. And workers now see that a four-day week is possible in a way that they previously didn’t.

What kind of challenges have you faced?

The biggest challenge is convincing business leaders that the four-day week can work for them. Many people like the concept but argue that it wouldn’t be possible in their organisation. However, almost all companies that move to a four-day week do three big things: radically shorten and reform meetings, use technology more thoughtfully and mindfully, and redesign the workday to build in distinct periods for focused work, meetings and social time.

Studies show that the average worker loses between two and three hours each day to useless meetings, poor technology implementation and just plain old distraction. So, the four-day week is actually already here; we just can’t see it because it’s buried underneath these old and thoughtless practices.

Sometimes when companies do commit to trialling a four-day week, they overthink it in the preparatory phase and try to come up with a solution to every potential problem, which is of course impossible. So, our advice in that situation is to trust your workers to solve issues as they arise. That’s what a trial is all about.

Are you receiving support from other CSOs?

Yes, we are. One good example of this is the 4 Day Week Ireland campaign, where a coalition of trade unions, businesses, environmentalists, women’s rights groups, other CSOs, academics and health practitioners all joined forces with 4 Day Week Global to start a national conversation about the widespread benefits of reduced-hour, productivity-focused working.

The results of this saw widespread media coverage on the issue which, in turn, primed the public for the launch of the Irish four-day week pilot programme, which got underway earlier this year. The coalition was also afforded the opportunity to present to key political stakeholders in an enterprise, trade and employment context, the outcome of which resulted in a government-sponsored research tender seeking to better understand the social, economic and environmental implications of reduced working time.

We’ve had great success up to this point with the rollout of our international pilot programmes. However, in order to secure widespread change, there are four areas which feed into the overall success of the movement: labour market competition, public demand, collective bargaining and government intervention. All four of these players have different degrees of influence depending on the sector, but we need collaboration from all parties if we’re to see a broad implementation of the shorter working week.