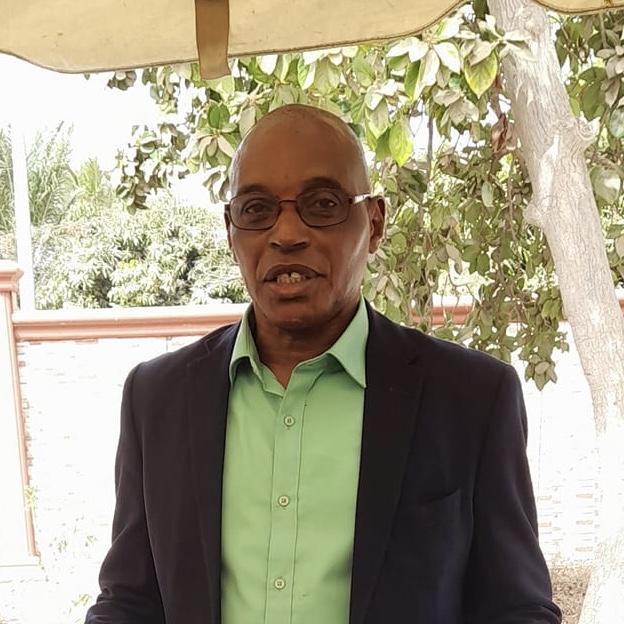 CIVICUS speaks about the prospects of The Gambia’s former dictator Yahya Jammeh being put on trial with Adama Jallow, National Coordinator of the Gambia Center for Victims of Human Rights Violations (Victim’s Center).

Founded in 2017, the Victims Center is a civil society organisation (CSO) that seeks justice and reparations for victims of human rights violations under the dictatorship. It has successfully pressured the government to recognise the Truth, Reconciliation and Reparations Commission (TRRC).

What are the main conclusions of the TRRC report?

After consulting with victims of Yahya Jammeh’s inhumane treatment, the TRRC’s report concluded that Jammeh should be brought to justice and victims must receive help and support to recover from the atrocious experience they endured under the former dictator’s rule. The government has released a white paper in which it accepts the recommendations made by the TRRC. We believe this is huge, considering the amount of work civil society put into advocating for the establishment of the TRRC.

The TRRC report is a sort of roadmap we can use so that justice can be served in The Gambia. Out of the 265 recommendations made by the TRRC, the government rejected only two, while marking the rest for implementation. Many atrocities were committed under Jammeh’s dictatorship and were highlighted by both perpetrators and victims before the TRRC. These include sexual and gender-based violence, torture, enforced disappearances and killings, arbitrary detention and crimes in which the victims were accused of witchcraft.

The TRRC’s report states that The Gambia’s society and government institutions have a responsibility to prevent the reoccurrence of the crimes it documented. Its recommendations focus basically on the well-being of victims, who are expected to receive individual and collective reparations, and the prosecution of perpetrators.

What does the Victims Center do?

The Victim’s Center was established in 2017, right after the regime change. Under Jammeh’s rule citizens lived in an oppressive state that restricted their rights and freedoms, and there was no freedom of association, assembly and expression. Many human rights violations and abuses occurred, including killings, torture and other cruel, inhumane and degrading treatment, disappearances, arbitrary arrests and detention, sexual violence and the indiscriminate and illegal use of force. Many civil society activists and organisations were arrested because of the work they did – basically for speaking up against the regime and pushing for democracy.

When Jammeh was overthrown, and we got a new government, civil society and victims felt the need to seek justice and hold Jammeh accountable for the atrocities committed under his rule. We formed the Victims Center to offer a platform for victims to express their issues, seek support and assistance and advocate towards the government.

Part of our mission is to advocate for the TRRC report. We have been fortunate enough to receive international support. Organisations such as Human Rights Watch have released letters in solidarity with the victims and to demand the government responds to our advocacy asks. We have also worked closely with other CSOs and victim-led organisations to ensure that the government takes its duty seriously, recognises victims and provides reparations. We want to make sure the government provides reparations to all victims, without discriminating against anyone.

We have also seen a need to go out and sensitise people on transitional justice processes, victims’ rights and the cases submitted to the TRRC. The Victim’s Center has always been at the forefront of advocating and engaging with the Ministry of Justice and mobilising media to ensure victims are getting the help they need. Despite the challenges we have faced, such as intimidation and lack of capacity, we remain committed to helping victims get justice.

How has civil society advocated for prosecution?

The Gambia’s civil society has been very active throughout the process. We understood the importance of engaging with the government because it will play a key role in ensuring that justice is served. We had meetings with the Ministry of Justice staff to find out how they intend to support victims.

We have also disseminated press releases demanding that justice take place at the societal level. We think it is important to inform victims, their families and society at large about the contents of the TRRC report and how The Gambia’s society will benefit from it, so we have held conferences. We have also formed partnerships with other local and international CSOs to reach a wider audience and to put additional pressure on our government.

We know that our laws present obstacles. We were supposed to have a new constitution to replace the 1997 one, but the new text was rejected by the National Assembly. The legislation presently in place does not consider enforced disappearance or torture as crimes, which is something civil society advocates for. We now hope the National Assembly can adjust the old constitution to ensure the possibility of litigation in such cases. In the meantime, the Ministry of Justice has promised to form a body to handle cases involving crimes that are not codified in our legislation.

In essence, civil society has engaged extensively to ensure that Jammeh and other perpetrators face justice.

Do you foresee any challenges in the implementation of the report’s recommendations?

We foresee several challenges, one of them being the Ministry of Justice’s lack of capacity to handle cases of extrajudicial killings, enforced disappearance and torture. We need experts to oversee these cases so that everyone who is prosecuted is brought to justice.

Another challenge lies with our constitution, as neither the old nor the current draft recognises enforced disappearance and torture. These are some of the human rights violations victims experienced and we need them to be recognised so that victims can receive help and perpetrators can be tried.

We are also concerned about whether Jammeh can be brought to trial outside The Gambia, given that he is not currently residing in the country. We are trying our best to see how we can work with other organisations to address this issue.

But all these challenges have not discouraged us. We continue advocating with partners to ensure the TRRC’s recommendations are implemented. We are also putting pressure on the Ministry of Justice to come up with a realistic timeframe that will convince us that the government is really committed to implementing the recommendations. We encourage the government to work closely with CSOs and victim-led organisations to ensure they implement the white paper with an inclusive approach.

What kind of support does civil society in The Gambia need from the international community?

Local CSOs and victim-led organisations need funding to continue their advocacy work, build capacity and support victims. International CSOs should partner with us and advise us on a way forward in terms of what types of cases could be brought, and how they can be brought if the constitution is not changed or amended. We also need them to use their resources to put pressure on the Gambian government to make sure justice prevails.

Civic space in The Gambia is rated ‘obstructed’ by the CIVICUS Monitor.
Get in touch with the Gambia Center for Victims of Human Rights Violations through its Facebook, and follow @gambia_vc on Twitter.