JAMAICA: ‘After 20 years of advocacy, now there is sustained public conversation around LGBTQI+ rights’ 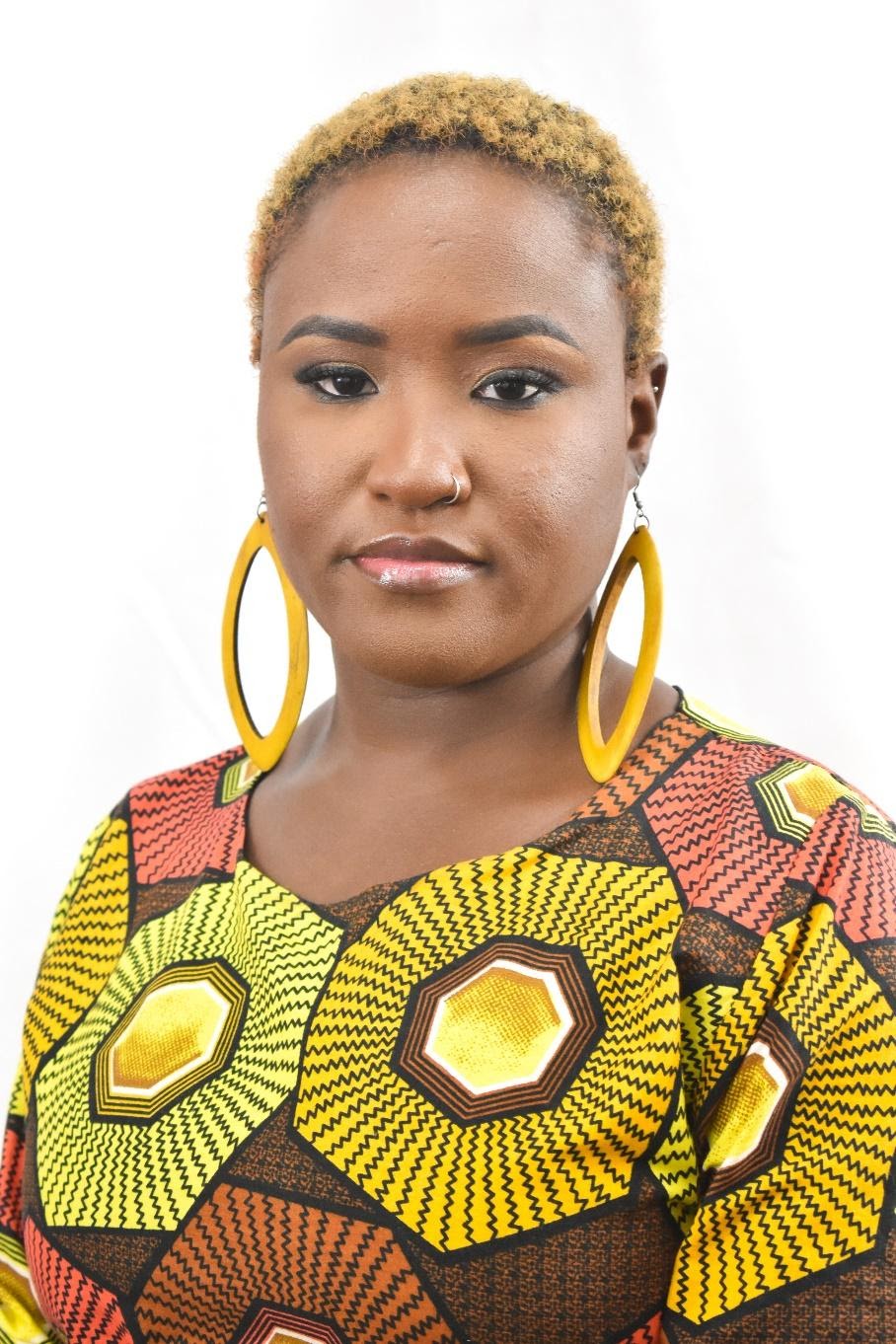 CIVICUS speaks with Karen Lloyd, Associate Director of J-FLAG, about the situation of LGBTQI+ rights in Jamaica and the significance of a recent report by the Inter-American Commission on Human Rights (IACHR) that held the Jamaican government responsible for violating rights. J-FLAG is a human rights and social justice organisation that advocates for the rights, livelihood and wellbeing of LGBTQI+ people in Jamaica.

What is the current situation of LGBTQI+ people in Jamaica?

Gender and sexuality-based discrimination continue to be of concern and impacts on people in many ways, including their right to work, education, health, life and equality before the law. The law does not protect people from discrimination on the basis of their sexual orientation or gender identity, and same-sex intimacy is criminalised.

In April 2011, the Jamaican government passed the Charter of Fundamental Rights and Freedoms, but calls to include sexual orientation and gender identity as grounds for non-discrimination went unheard. The 2012 National Survey on Attitudes and Perceptions towards Same-Sex Relations, commissioned by J-FLAG, found that one in five Jamaicans respected LGBTQI+ people and supported the inclusion of sexual orientation as a ground for non-discrimination. In addition, about one-third of the population believed the government was not doing enough to protect LGBTQI+ people from violence and discrimination.

Members of the Jamaican LGBTQI+ community are routinely deprived of their human rights and suffer from widespread discrimination, exclusion, violent attacks, police abuse, joblessness and a distinct lack of legal protection, among other issues. Many LGBTQI+ Jamaicans live in fear because of discriminatory policies, laws and attitudes and the lack of political will to protect their human rights. Since 2009, over 600 cases of abuse and violence have been reported to J-FLAG, and the National Survey carried out in 2015 revealed a 12 per cent rate of tolerance toward LGBTQI+ people among the public.

This reality is compounded by homophobia and transphobia as well as by laws criminalising same-sex intimacy between men, weak and largely inaccessible anti-discrimination legislation, weak protections against sexual and domestic violence and lack of legal recognition of same-sex relationships.

In February 2021, the IACHR issued a report on LGBTQI+ rights in Jamaica. What was the significance of this?

Several sections of the Offences Against the Person Act (OAPA) of 1864 prohibit sexual activities between men. Section 76 criminalises buggery, section 77 criminalises any attempt to commit buggery and section 79 criminalises acts of gross indecency, which can include kissing, hand holding and other acts of male-to-male intimacy. Men convicted of buggery face a maximum of 10 years of hard labour. This and other laws relating to sexual offences that precede the Charter of Fundamental Rights and Freedoms are protected from rights-based challenges.

In the cases examined by the IACHR, the petitioners – Mr Gareth Henry, who is gay and Ms Simone Edwards, who is a lesbian – alleged that Jamaica was in violation of its obligation under the American Convention on Human Rights by continuing to criminalise private consensual sexual activity between adult males and by protecting these laws from being challenged. They claimed that this perpetuates Jamaica’s culture of violent homophobia and encourages the state and the general population to persecute not only male homosexuals, but also the broader LGBTQI+ community. They said they had both been victims of homophobic attacks.

The report by the IACHR concluded that the Jamaican government was responsible for these violations of their rights. The last we heard about it, the Attorney General’s department had acknowledged the decision and was preparing a response. For civil society, it reinforced ongoing calls for amendments to the OAPA and became part of existing engagement with policymakers to have it changed. Advocacy efforts with legislators have continued to be difficult, however, because they are unwilling to be publicly associated with a call for repeal due to potential backlash by religious extremist groups and some members of the public.

How is J-FLAG working to try to improve the situation?

J-FLAG is the foremost human rights and social justice organisation in Jamaica advocating for the rights, livelihood and wellbeing of LGBTQI+ people in Jamaica. Our work seeks to build a Jamaican society that respects and protects the rights of everyone. Our board and staff are committed to promoting social change, empowering the LGBTQI+ community and building tolerance for and acceptance of LGBTQI+ people. We promote the values of all-inclusivity, diversity, equality, fairness and love. These values are at the heart of all we do, as we seek to become effective agents of social change.

To achieve our goals, we work on four main areas. First, we seek to improve the provision of non-discriminatory health services, engage key stakeholders and employees to address employment-related discrimination, and provide LGBTQI+ young people with a dedicated organisation that focuses on issues that directly affect their life outcomes.

Second, we seek to increase participation in policy development and review processes by empowering young LGBTQI+ people and youth leaders and increasing collaboration among the LGBTQI+ young people involved in mainstream youth organisations.

Fourth, we advocate for the human rights of LGBTQI+ people by legitimising the needs of the community, sensitising the population and parliamentarians around human rights, stigma and discrimination, increasing the capacity of LGBTQI+ leaders, civil society organisations (CSOs) and other stakeholders and duty-bearers to be better equipped to respond to the needs of LGBTQI+ people, and increasing the visibility of the experiences and the issues affecting them.

What have been some of your achievements and lessons learned so far?

Our achievements over the past decade included the training of over 700 healthcare workers, in partnership with the Ministry of Health and Wellness, on how to treat LGBTQI+ clients; successful mass media campaigns such as We Are Jamaicans, #iChooseLove and #OutLoudJA, which sought to raise awareness about LGBTQI+ people among the general population; Our public Pride celebrations; four national surveys on attitudes and perceptions of the public on LGBTQI+ people and issues; the provision of capacity building for CSOs and youth leaders; and numerous research and publications on LGBTQI+ issues.

Since our inaugural Pride event in 2015, Jamaica has held annual celebrations during the ‘Emancipendence’ period – the holidays celebrating both the end of slavery and independence from British colonial rule. The first thing to note is that Jamaica Pride has been conceptualised and implemented through a culturally appropriate lens; for example, it does not include a parade and instead takes the form of a diverse set of events and activities that are important to Jamaicans, including a sports day, church service, trade show, concert, party events and a day of service. At our inaugural Pride in 2015, the keynote speaker at our opening ceremony was the Mayor of Kingston, Dr. Angela Brown-Burke, which meant to signal that the community had allies among policymakers and parliamentarians.

Another success has been having mainstream dancehall artistes such as Tanya Stephens, D’Angel, Jada Kingdom, Tifa, Ishawna, Yanique Curvy Diva and Stacious perform at Pride events. This focused national attention on our celebrations and signalled a positive shift regarding cultural spaces that had been highly contested.

For the first time this year, J-FLAG did not host all the Pride events itself; instead, it provided financial and logistical support for members of the community to spearhead their own events. Dubbed #PrideShare, the initiative featured events led by community members, including arts events and a lip-sync battle, whose success indicated that our efforts are a step in the right direction.

After 20 years of advocacy, now there is sustained public conversation around LGBTQI+ rights, increasing public tolerance and a growing willingness among parliamentarians, policymakers and key decision-makers to engage with the local LGBTQI+ community, including steps in working with LGBTQI+ rights organisations and advocates to improve the lives of members of the community. Notably, J-FLAG has built and sustained a significant partnership with the Ministry of Health that has led to the training and sensitisation of over 500 healthcare workers to fight stigma and discrimination in the health sector.

Notwithstanding these gains, the movement has been dogged by sluggish law and policy reform, limited availability of spaces for community mobilisation and engagement, limited financial support to address homelessness and displacement, and low engagement of LGBTQI+ people living in rural areas. J-FLAG in particular has outlined the need for greater support in strengthening community systems as a means of scaling up advocacy efforts and ensuring wider reach and greater impact.

How can international civil society best support the struggle of LGBQTI+ people in Jamaica and more generally in the Caribbean?

International civil society can support the local and regional movement in many ways, including by giving us a seat at the table during global conversations, and understanding that we are the experts on what is happening in our societies. Where possible, it should also support our resourcing efforts with international donors. It can also help by sharing best practices and relevant research and raising awareness about the issues we face in Jamaica and the Caribbean among wider audiences.