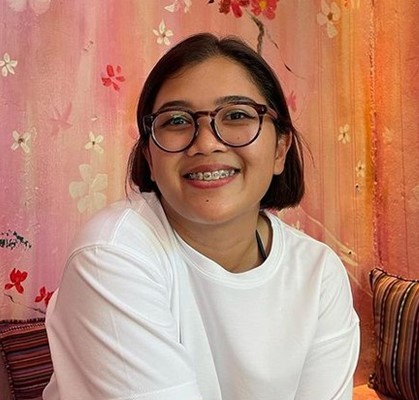 CIVICUS speaks about the new criminal code passed in Indonesia with Fatia Maulidiyanti, Executive Coordinator of KontraS/The Commission for the Disappeared and Victims of Violence.

KontraS is an Indonesian civil society organisation (CSO) established in 1998 to investigate enforced disappearances, acts of violence and other human rights violations.

What are the main changes introduced in the new Criminal Code?

It is KontraS’s opinion that this Criminal Code Bill will have effects well beyond hampering people’s right to privacy. Many of its articles seek to legitimise the ongoing restrictions that are shrinking civic space, bringing back the spirit of the authoritarian Suharto era.

For example, articles 218 and 219 introduce the crimes of defamation and insult against the president and vice president. This will allow the criminalisation of government critics. Similarly, article 240 bans defaming and insulting the government, and article 351 makes it a crime to defame or insult any authorities or state institutions. These articles are meant to criminalise the publication of any kind of research, data or criticism of the government and the state institutions.

This amounts to the reintroduction of a once repealed lèse-majesté clause dating back to Dutch colonial times, which of course has long been repealed in the Netherlands. And it spells danger for civil society. It is worth noting that the policing and judicial systems in Indonesia are very problematic. Police standards are low and there is a lot of corruption. Arbitrary arrest and detention are commonly used, as are unfair trials. This already hinders the ability of civil society movements to exist and sustain their work.

There are also several problematic articles related to the need to request and obtain permits to conduct demonstrations, rallies and other public gatherings.

What are the forces behind the changes?

There have been too many obscure political bargains between the government and parliament to accommodate the interests of all political parties at the expense of civil rights and fundamental freedoms.

While there seems to have been a group of academics supporting the drafting process, there has been no consultation with or participation of civil society or business interests. At the centre of the new criminal code is an attempt to secure power, guarantee public order and gain control in preparation for the 2024 presidential election.

What do you make of the changes regarding ‘morality’ issues such as sex outside marriage?

Regression on morality issues may be counterproductive at a time when the government is trying to prevent mass protests against their policies, particularly in view of the upcoming election.

But the criminalisation of private relationships, acts and behaviours can also be seen as a bargaining chip as the current government is trying to bring Islamic fundamentalist groups into the fold. They are trying to ensure their loyalty by showing they are willing to safeguard conservative religious values. LGBTQI+ rights have been at the forefront of the battles waged by fundamentalist political and religious groups, so they have been the first to go.

How has civil society tried to stop these changes from happening?

We often discussed with our allies whether and how to provide inputs and recommendations to the Ministry of Law and Human Rights and to the House of Representatives during the process. We did have meetings and took part in various consultations, but as it turned out, these just went through the motions of public engagement, keeping the formalities but disabling any meaningful opportunity to influence the outcomes.

Numerous CSOs across Indonesia have been protesting about this since at least 2019. There was a big campaign, #ReformasiDikorupsi (‘corrupt reform’) followed by a series of demonstrations against the enactment of the criminal code. However, the government and parliament chose to continue ignoring our objections and instead accelerated the process.

What kind of support does Indonesian civil society need from the international community?

We need all sectors of the international community, including international CSOs, foreign governments and their diplomatic missions and United Nations bodies, to send a clear warning to the Indonesian government against continuing to shut down civic space.

We really hope the movement to warn the government of Indonesia comes not only from domestic civil society, but also from our international counterparts.

Investors should also use their leverage, as the government is trying to attract foreign investments while the human rights situation continues to deteriorate on the ground.

The Indonesian state should be held accountable and be persuaded to step back and change course.

Civic space in Indonesia is rated ‘obstructed’ by the CIVICUS Monitor.