CUBA: ‘The only options available are prison, exile, or submission’ 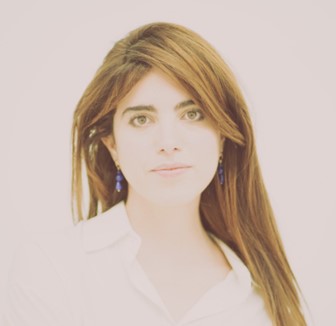 CIVICUS speaks with Cuban activist  Carolina Barrero, who has been in exile in Spain since February 2022, about the circumstances driving increasing numbers of Cubans out of the country.

Carolina is an art historian and a member of the 27N movement, formed out of the protests held on 27 November 2020 outside the Ministry of Culture in Havana to denounce lack of freedoms, the repression of dissent and harassment against the San Isidro Movement, a protest group started by artists. She was forced to leave Cuba in reprisal for her activism in support of relatives of political prisoners held since the protests of 11 July 2021, known as 11J.

Why did you leave Cuba?

My story as an activist forced into exile follows the pattern typically used by the state security apparatus to neutralise dissidents. I was told many times that I had to leave or else I would suffer legal consequences and eventually go to jail. I never gave in. I currently have four open cases, for instigation to commit a crime, conspiracy against state security, contempt and clandestine printing. Every single time I was threatened with prosecution and imprisonment if I did not stop my activism. I was urged to ‘stay quiet’, a classic euphemism for subdued.

On 31 January 2022, I was arrested at a protest outside the 10 de Octubre Municipal Court in Havana. It was the first day of the trial of a group of 11J protesters. I was with other activists including Alexander Hall, Leonardo Romero Negrín, Daniela Rojo and Tata Poet, accompanying political prisoners’ mothers who were waiting to see their children from a distance when they were brought to court. When that happened, we all applauded and shouted ‘freedom’ and ‘they are heroes’. State security offices violently arrested us, beat us and put us in a cage truck to take us to different police stations.

As happened before, state security told me that I had 48 hours to leave Cuba. But this time I was told that if I didn’t, 12 mothers of political prisoners would be prosecuted for public disorder. At first I thought it was just an empty threat, but they told me, ‘for 20 years we have been doing this to the Ladies in White’, a group who have been mobilising for their detained relatives since 2003. In other words, they were prepared to go all the way.

The Cuban dictatorship knows very well how to put pressure on us using our families and our private lives, because they have us under surveillance and they know everything about us. For instance, they know if your mother has a heart condition so they pay her a visit to force you to stay quiet and not give her a heart attack. If you have committed an infidelity, they threaten to show photos to your partner. If you are at university, they threaten you with expulsion. If you live in rented housing, they pressure your landlords to throw you out. Their tactic is to detect your weakness and blackmail you into submission. At some point you get tired of this life and choose to self-censor.

These threats were not working with me, so they threatened me with infringing on the freedom of third parties. They knew of my close ties with the mothers of imprisoned protesters and particularly with Yudinela Castro and Bárbara Farrat. Most of these mothers live in very precarious situations and cannot denounce the arbitrariness they suffer. Many have more than one child in prison, sometimes also their husbands, so they are quite alone. When they threatened me with criminalising and imprisoning them, I decided this time I had to leave.

How different is the situation of political exiles from that of those emigrating for economic reasons?

In principle, there would seem to be a big difference between exile resulting from the use of systematic repression to punish or neutralise political dissent and emigration motivated by social and economic asphyxiation. However, this classification obscures the ultimate causes of the factors that lead people to leave Cuba.

Under a dictatorship such as Cuba’s, the root reasons why people leave the country are always political. All waves of exile from Cuba, from the 1960s to the present day, have had a political background: repression by the ruling regime. Not only are political freedoms missing, but all the freedoms necessary for people to be able to manage their own destiny. In Cuba people have no agency over any aspect of their public or private lives; all aspects of life are controlled by the Cuban state, which is not merely authoritarian, but totalitarian.

No one flees paradise. No one decides to leave their life, work, career and affections to pursue the ‘American dream’. Although in some cases the forced character of exile seems clearer than in others, at the end of the day every exile from Cuba is a forced exile. We flee to survive and to have the opportunity to just be.

Many Cubans risk their lives at sea or cross jungles with their babies to get to a place where they don’t know the language or the culture, just to be a little freer. In Cuba, if you don’t fit the mould set by the Communist Party, the only authorised party, in power since 1965, you are treated as a potential criminal. Everything is politically determined, from access to education and healthcare to the possibility of earning a living. Economic suffocation also has political causes. So it is misleading to distinguish sharply between political exile and economic migration.

Following the protests of 11 July 2021 and their repression, it became clearer than ever that the only three options available to Cubans are prison, exile, or submission.

Like other Cuban activists in exile, you have conducted international advocacy ever since you left Cuba. Do you think this could prompt the Cuban state to rethink its tactic of offering exit instead of prison?

At the moment, the Cuban state is more concerned about us being inside, lighting the fire of protest, than outside, denouncing repression in international forums. But I think the regime’s calculations are wrong, because those of us who have gone into exile have not forgotten Cuba and are not going to abandon the cause of democracy. And international advocacy plays an important role in our struggle.

This, which may seem innocuous to the regime, is a fundamental part of activism to end the dictatorship because it attacks one of the fundamental pillars that have sustained the regime: the effectiveness of international propaganda. The Cuban state has allocated enormous resources to diplomacy so that every embassy is a propaganda centre that promotes the narrative, the epic and the myth of the Cuban Revolution.

To counter the effect of propaganda on international opinion, now Cuba also has a growing army of ambassadors who have witnessed and been part of the latest cycle of protests and can speak in international forums of what is really happening in Cuba. I firmly believe that, to a large extent, the fall of the dictatorship depends on the fall of the myth. This is an important task for us in exile.

What are the chances of a political transition in Cuba?

I do not dare to make predictions on such a delicate issue, and one so longed for by Cubans for decades. But I am able to highlight one fact: the Cuban regime has never been as weak as it is now. After the mass protests, the regime can no longer hide the extent of the discontent, which it has historically blamed on a few opponents who, according to its narrative, are funded by ‘the empire’. Social discontent is now evident and massive, reaching all corners of the island and all social groups. The dictatorship no longer has the support of the poorest or of those it claims to defend, but only of the military and bureaucratic leadership.

It also has a serious succession problem. Since Miguel Díaz-Canel assumed power after being appointed by Raúl Castro, he has not made a single administrative decision that has earned him praise. Everything has been a disaster and he will be remembered as an incompetent dictator with very little charisma. I think the regime spends 24 hours a day thinking of how to fill this power vacuum, since Díaz-Canel has no credibility whatsoever, even among officials, and even demoralises the repressive apparatus. The problem is that they have no one to replace him with, nor do they know how. They could stage a vote, but the situation is so delicate that they know it could easily get out of hand. They could even stage a self-coup, but this is also a very delicate path that could end up being lethal.

At the current international juncture, Cuba’s position on the Russian invasion of Ukraine makes the Cuban dictatorship, the oldest in the western hemisphere, even more difficult to justify in the eyes of international opinion. Justifying Cuba has become a challenge even for those with a marked ideological bias. Added to these factors are the economic, social and humanitarian crises, all of which threaten the regime and its continuity. Faced with the energy crisis and shortages of basic goods, the Cuban foreign minister himself has requested support from the Biden administration, something totally unheard of. The irony is complete: in Cuba there are people in prison accused of ‘mercenaryism’ for having received US support, and now it turns out that the Cuban government itself has become a mercenary by its own definition.

What will happen or not, I dare not predict. I believe that the protests will not be silenced and our voices will continue to be heard. I only hope that the democratic transition will come about through a peaceful process rather than violence.

Beyond overthrowing the dictatorship, the goal – and the challenge – is to build a democracy. For this we will need the support of civil society organisations such as CIVICUS. After six decades of civic and political anaesthesia, in recent years Cuban civil society has awoken and showed that it has the capacity, the will and the determination to move towards democracy. We have an open window of opportunity and, as the Cuban writer José Lezama Lima would say, we have the power for change.

Civic space in Cuba is rated ‘closed’ by the CIVICUS Monitor.