AFGHANISTAN: ‘Lack of dialogue and punishing sanctions are undermining the promotion of human rights’ 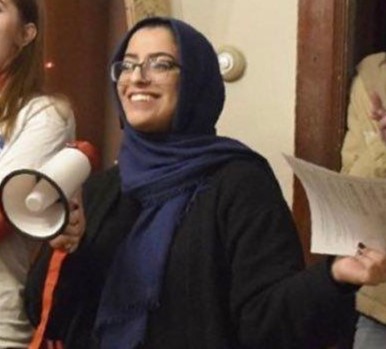 Why is civil society calling for the release of frozen assets of the Afghan state?

The assets frozen also included private monies, that is, accounts held by private individuals, companies and CSOs. People were unable to withdraw their own money from banks for months, with many still unable to do so due to lack of cash. Many Afghans sold off anything they owned to afford essential goods, the prices of which skyrocketed.

Over the past year, leading CSOs, humanitarian organisations and more than 70 economists, including Nobel Laureate Joseph Stiglitz, have advocated through meetings, protests, letters and media appearances for the return of Afghanistan’s money to get its economy back on its feet, independently of whatever global aid funding is provided. United Nations (UN) experts have also called for the USA to unblock Afghanistan’s frozen assets to ease the humanitarian situation.

What kind of safeguards should be put in place if the frozen assets are returned?

The USA has signalled that funds could be returned to Da Afghanistan Bank (DAB), the country’s central bank, as long as three conditions are met: the establishment of independent monitoring mechanisms, the implementation of credible anti-money laundering regulations and controls to combat the financing of terrorism and DAB’s insulation from political interference – which meant replacing its top leadership, in the hands of Taliban officials, one of whom is under US and UN sanctions, with professionals.

DAB has already agreed on independent monitoring conditions, and experts have set out how pre-existing independent monitoring and electronic auditing could be restored. US claims that the new Afghan government lacks expertise and that capacity building is needed for the state to be able to perform central bank functions could be addressed by assistance from the international community. The law that outlines DAB’s function as a technocratic institution charged with responsibilities such as currency auctions and oversight of banks is still in place. DAB continues to have the same audit oversight committee, with the same members it had under the previous government. And the chair of the audit committee has been an outspoken advocate for the return of DAB’s reserves.

The Afghan government should ensure that the DAB law remains in place and that the institution will function separate from political considerations. Advocacy experts highlighted that the USA does not apply audit conditions as strictly to other countries as it does to Afghanistan. It does not seize their foreign assets due to limited monitoring capabilities.

What else should the international community do to contribute to improving the humanitarian situation in Afghanistan?

The international community should focus on supporting a strong, independent Afghan economy that can run on its own, the first step in which should be to return the full assets of the Afghan people to its central bank.

Another measure the international community can take is to provide global aid raised by the UN and other international bodies. Human Rights Watch alerted that without sustained humanitarian aid donations, Afghanistan’s upcoming winter could be even worse than the last one.

Last year, UN emergency funding staved off experts’ worst fears of a devastating winter, but the people of Afghanistan cannot continue to depend on global kindness after a year marked by war, the pandemic and rising inflation. Afghanistan’s assets must be returned to its central bank to bring stability to the lives of ordinary Afghans, and the international community should invest in the infrastructure necessary to ensure its success.

What alternative measures, other than financial sanctions, can the international community implement to promote human rights, and specifically women’s rights, and support civil society in Afghanistan?

Sanctions have had a devastating impact on Afghanistan, and the resulting humanitarian crisis has disproportionately affected the average Afghan. The Center for Economic and Policy Research stated that financial sanctions on Afghanistan amount to a form of ‘collective punishment’ of the Afghan people for the actions of a government they did not choose.

The sanctions are not helping. In the words of Jamila Afghani, founder and president of the Afghan chapter of the Women’s International League for Peace and Freedom, ‘we are not supporting Afghan women by starving them’.

In fact, sanctions are only making things worse. The cultural practice of forced marriages and what effectively amounts to the sale of girls is reinforced by socio-economic factors. Even under the previous government more than 70 per cent of marriages were forced. These are expected to increase as a result of the humanitarian crisis.

Lack of dialogue between the international community and the government of the Islamic Emirate of Afghanistan compounded by punishing sanctions is undermining the promotion of human rights. Human rights can only be promoted through constructive dialogue while addressing the drivers of wellbeing – rebuilding financial stability, economic independence and global cooperation.