UNITED NATIONS: ‘Getting a strong Ocean Treaty across the line would be nothing short of historic’ 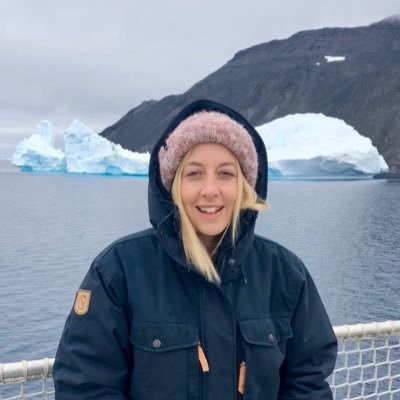 CIVICUS speaks with Ellie Hooper of Greenpeace Aotearoa about civil society’s role in the ongoing negotiations towards the development of a United Nations Ocean Treaty. Greenpeace is a global environment campaigning network that comprises 26 independent national and regional organisations in over 55 countries across all continents as well as a co-ordinating body, Greenpeace International, based in Amsterdam, the Netherlands. It uses peaceful protest and creative communication to expose global environmental problems and promote solutions that create a green and peaceful future.

What is the significance of the proposed Ocean Treaty?

A strong global treaty on the oceans could revolutionise the way oceans are managed, putting an end to fragmented governance that has failed to protect our blue planet the way we need to.

If done right, one of the key things the Ocean Treaty could deliver is the creation of fully protected marine areas on the high seas. These areas would be off limits to destructive human activities such as industrial fishing and mining. At the moment there is no legal mechanism to create fully protected areas outside of national jurisdictions, which has become a real problem. The ocean is under threat from all sides and to protect it we need to take a holistic view tackling multiple risk factors.

Getting a strong treaty across the line would be nothing short of historic. Scientists tell us that to avoid the worst of the climate and biodiversity crisis we must protect at least a third of the world’s oceans by 2030. A strong treaty would give us the mechanism to do this. The ocean is a huge carbon sink and has absorbed a great deal of global warming to this point. It’s also home to amazing biodiversity, produces the oxygen we breathe, stabilises the climate and is a food source for millions around the world.

In short, keeping the ocean healthy is vital to our survival and the entire functioning of our blue planet. But more and more research shows it is in decline. To turn this around we need to step up and protect it by reducing the multiple pressures on the system.

Science shows that fully protected marine areas are one of the best tools we’ve got to help the ocean recover and thrive. When these are put in place in the right areas – places known to be high in biodiversity, migratory pathways or unique ecosystems – ocean health improves and marine life flourishes. This has positive impacts across the board, from the number of creatures in the sea to how well the ocean can absorb carbon.

Why is the treaty process taking so long?

We’re talking about a hugely ambitious conservation effort. Getting a treaty across the line involves countries around the world agreeing to its terms, and that is not an easy feat.

While it’s disappointing that leaders failed to reach a conclusion on this at the latest round of negotiations held in August, this doesn’t mean an agreement isn’t going to happen. At the last meeting a great deal of progress was made, with countries showing more flexibility and a real sense of urgency. They ran out of time, but we are not giving up hope that this historic agreement is on the horizon. What needs to happen now is for countries to come together without delay and thrash out their remaining discrepancies.

How has civil society in general, and Greenpeace specifically, advocated for the treaty?

There’s been a great deal of civil society pressure for this treaty, with many organisations around the world pushing hard for its best version to materialise.

Greenpeace has been actively involved in the treaty process since the beginning. It sends a team to each round of negotiations and has run a global campaign to raise awareness of the threats facing the ocean and how a treaty could counter them. Our approach has been twofold: to build public momentum around the agreement while doing all the behind-the-scenes work, talking to ministers and other public officials in all the regions where we’re active.

As a consequence, millions of people around the world have joined the campaign for a strong treaty. They’ve done that in various ways, from signing petitions, sending letters and recording video messages to attending marches. Many people around the world are invested in this issue and their engagement has been critical to getting this far.

For us here at Greenpeace Aotearoa, it’s been inspiring to see the number of people willing to stand up for ocean protection, and we know that their voices have been heard. It’s fair to say that their repeated calls on New Zealand’s leaders to support a strong treaty has resulted in New Zealand supporting a far more progressive position at negotiations. That’s really people power in action. When we work together, we can make real change happen.

We’ve also met regularly with the New Zealand delegation to the treaty negotiations, as well as the Minister of Foreign Affairs, and we consistently communicate with them about what this treaty needs to look like in order to protect the ocean for the future.

What can environmental civil society organisations and activists do to ensure the treaty is adopted?

Treaty negotiations need to urgently resume. At the latest round, countries ran out of time to agree on all its terms, but they’re almost there. So it’s up to civil society activists and organisations to keep pushing world leaders to prioritise reconvening and getting this done. We don’t want it to fall to the bottom of the agenda – it’s simply too important.

In more practical terms, making noise about the need for this treaty is really important. That could look like sharing content online, signing petitions, or writing to your country’s minister of foreign affairs to show how important getting this treaty done is. None of us can survive without a healthy ocean, so we all need to up to protect it.