BURUNDI: ‘Our right to be recognised and represented as an Indigenous community is being violated’ 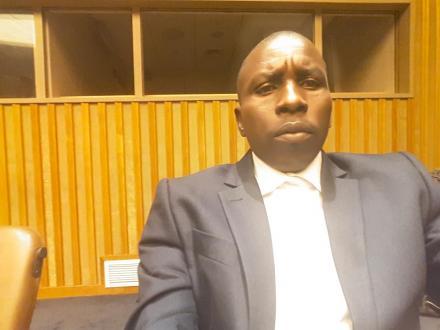 IPGFforSD is a civil society organisation (CSO) that advocates for the rights of Indigenous peoples in Burundi and monitors the implementation of the Sustainable Development Gaols (SDGs) in relation to Indigenous peoples at the national and international levels.

What is the situation of Indigenous people in Burundi?

The Batwa Indigenous people represent approximately two per cent of Burundi’s population. The context is disheartening because most of our rights are not recognised. Most Batwa people live in extreme poverty and are marginalised and discriminated against. They are often excluded from access to basic resources such as public services, education, land and healthcare. One common issue affecting Indigenous people across the globe is lack of access to land and decision-making bodies.

The Batwa people are not exempt from this, as our land rights are not recognised in Burundi. We need land to survive – to build our houses, grow our crops, graze our animals and preserve our culture.

Batwa people are not well represented in decision-making processes, which explains why development strategies rarely cater to us and our needs. We have been excluded from the economic, social, political and cultural development of our country. It is quite unfair to have people make decisions on our behalf without consulting with our community. When projects are implemented, we are often sidelined. It would seem the government is trying to make people think it is helping Indigenous people while we are not really receiving the help we need.

The SDGs aim to eradicate many problems affecting societies globally, but their implementation in Burundi has not been inclusive of Indigenous people. The government must understand that our place in society is already under threat, so it needs to approach the SDGs in an intersectional manner to serve all people of Burundi equally.

What are the main rights violations experienced by Batwa people in Burundi?

Batwa people in Burundi do not have access to education, healthcare and proper legal services. Many people have suffered and died due to being denied access to healthcare facilities in their communities. When we try to get legal help to hold accountable those responsible for negligence in healthcare centres, we do not qualify to receive it. We hope this will change one day and the Batwa people of Burundi will be inclusively integrated in their communities.

But Batwa people currently face serious discrimination. We are often called names such as witches and made feel unwanted by the wider society. Our dignity is looked down upon and we are forced to take a lesser place in society. Without access to good jobs, Batwa people have a high prevalence of poverty.

Batwa people are disproportionately affected by arbitrary arrests and rights violations, as well as by land grabbing from the government and international stakeholders. People take advantage of us because they know that the majority of us do not have identity cards, making it difficult for us to access justice. Whatever laws have been put in place to protect us are not really working.

Our right to be recognised and represented as a community is being violated. We need members of our community to advocate for our rights independently, without being associated with any political party. The history of this country should inform policymakers about the importance of cultural recognition. No one should be left behind because of their identity. We have a right to participate fully in public life without facing rights violations.

Has any progress been made in terms of representation in policymaking processes?

The Burundian government has launched an initiative to include Indigenous people in some governmental positions. There are now a few Batwa people in parliament. However, the fact that participation in public affairs requires association with a political party makes us uncomfortable. This restricts many Indigenous people from speaking out about their rights because they are controlled by their political parties.

Political representation is an opportunity for our needs to be heard but our people who are actively participating in public affairs do not necessarily speak on our behalf. Participation of ethnic minorities in Burundi still has a long way to go despite the efforts of the government. Batwa women are inadequately represented in political positions.

Our government focuses on development but fails to promote it in an inclusive manner. It recently setup a national strategy for Indigenous people, highlighting issues we are dealing with and stating its plan to advance Indigenous people’s rights. We hope that they will consult with members of our community and Indigenous leaders about our needs so the strategy actually benefits us.

How can Indigenous groups across the world work together to promote Indigenous people’s rights?

Indigenous groups must have regional and international forums to collaborate towards the achievement of our human rights, economic and social development, as well as civil and political rights. We must partner with international organisations that have experience with working on Indigenous people’s rights so that they can help us with our advocacy work and share strategies to make our work more effective.

Our organisation, IPGFforSD, works for Indigenous rights through international advocacy and innovative initiatives. We work in collaboration with Indigenous groups an encourage them to create and enhance their platforms in their respective countries from across the globe who face similar issues. We focus on monitoring SDG implementation because the rights and needs of Indigenous people are currently not well represented when SDGs are implemented. We have worked with the United Nations (UN) mechanisms, including the UN Economic and Social Council (ECOSOC), to raise awareness of the plight of Indigenous people and the need to recognise them in both national and international policies. We advocate for national governments and international organisations to implement the UN Declaration on the Rights of Indigenous Peoples.

We also work to sensitise our leaders about Indigenous rights through workshops and seminars. Our aim is for them to be well informed so they can, we hope, help us in the battle of getting our rights recognised in Burundi.