CUBA: ‘All tactics used by activists have been turned into crimes’

CIVICUS speaks about changes to the Cuban Penal and Family Codes and the government’s reaction to mass protests in 2021 with Marta María Ramírez, a Cuban journalist and autonomous feminist. 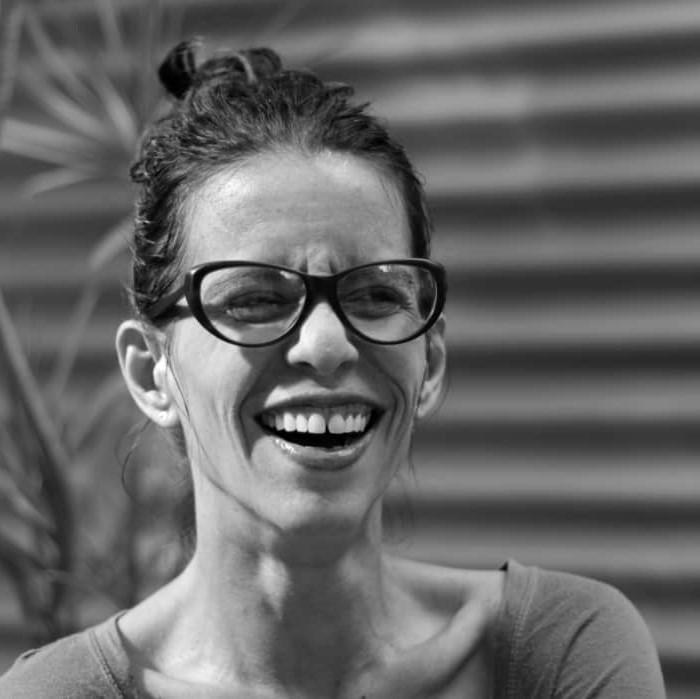 How do you assess recent changes to the Cuban Penal Code?

For instance, while the new constitution recognises the market, it continues to declare socialism as the economic system in place and highlights the ‘irrevocable’ character of socialism. The one-party system remains intact, with the Cuban Communist Party recognised as ‘the superior leading political force of society and the state’ on the basis of ‘its democratic character and permanent link with the people’.

As a result, other freedoms that the constitution also recognises are rendered meaningless. For example, the constitution recognises ‘the rights of assembly, demonstration and association, for lawful and peaceful purposes, [...] provided that they are exercised with respect for public order and in compliance with the prescriptions established by law’ – but this is the very same law that establishes that the only legitimate political affiliation is to the Cuban Communist Party.

The same applies to the freedoms of expression and artistic creation, which are recognised if they are exercised ‘in accordance with the humanist principles on which the cultural policy of the state and the values of socialist society are based’, that is, only if they are used to express acquiescence rather than critical thought.

In any case, on the basis of this reform it was argued that the rest of the legal framework, including the Penal Code and the Family Code, should be updated. In the case of the Family Code, this was really necessary, because it had not been updated since 1975 and was totally out of step with the reality of today’s society. The reform of the Penal Code was also justified by the need to ‘modernise’ legislation and codify crimes that the previous code, which dated from 1987, did not recognise, such as environmental crimes, cybercrime and gender-based violence. But from my perspective, this reform can only be understood in reference to the July 2021 protests and their predecessors: those of 11 May 2019, 27 November 2020 and 27 January 2021.

To shield the regime from dissent, all tactics used by activists have been turned into crimes of public disorder and crimes against state security, and foreign funding of civil society organisations and the media is criminalised. The aim is to stifle dissident media, because how is a media not aligned with the state to be financed in Cuba?

Penalties for various crimes have also increased. Not only has the death penalty been retained, but the range of crimes it can be applied for has increased. The age at which a person is decreed criminally responsible is among the lowest in the world. What kind of modernisation is this? For some reason it was decided not to submit this reform to any kind of consultation.

If we analyse the production of laws in recent years, it is clear that this has been systematically aimed at shielding the regime, which has gone beyond controlling actions to try to control thought as well. This protective shield is completed with the new Penal Code, which seeks to prevent a repetition of last year’s protests and silence all dissent.

How can we understand the discrepancy between these highly regressive changes to the Penal Code and the apparently progressive reform of the Family Code currently underway?

The Family Code is also being updated following the constitutional reform, although it should – and could – have been reformed much earlier. The first time I heard about equal marriage in Cuba was back in 2007. Even then there were calls for reform coming from academia, which is where activism linked to gender issues, women’s rights and sexual minorities was concentrated.

The issue of equal marriage was again at the centre of the debate from the moment that, following the constitutional reform, the Family Code needed to be reformed as well, and pressures mounted for this right, not enshrined in the constitution, to be recognised by the Code – something that could have been done in 2007, 15 years ago. But this is clearly the way Cuba is ruled.

In the draft Family Code that was submitted to consultation no special protection was included for trans children. Nothing, not a single mention, although it is known that this group experiences high rates of school dropout, expulsion from their homes and school bullying, both by students and teachers, experiencing a total impossibility to live their gender identity with guarantees. When trans people grow up, particularly trans women, they are the favoured victims of punitive provisions relating to ‘pre-delinquent behaviour’. This concept is so fascist that it is no longer called this in the current Penal Code, but it will remain in force through other regulations, in the practices of law enforcement officials and in the biases that will continue to exist.

Why are we discussing these issues now? I have the impression that this is being used as a smokescreen, a manoeuvre to placate a demand without making profound changes to the political regime. These two seemingly contradictory strategies – a regressive reform of the Penal Code and a seemingly progressive reform of the Family Code – both point in the same direction, that of the stabilisation of the regime.

I say ‘seemingly progressive’ because after a long process of consultations, parliament must now take the proposals received, reformulate the bill and set a date for a referendum to turn it into law. We still don’t know what will remain in the bill and what will be watered down or modified. Nor do we know how this document will translate into the daily lives of Cuban families.

What positive elements are expected to be included in the new Family Code?

One of the issues included in the draft Family Code is same-sex marriage and adoption by same-sex couples. Another issue that has been included is that of so-called solidarity gestation, or surrogacy, which until now has been illegal. This of great concern to feminist activists. Let’s remember we are in a context of brutal machismo and feminisation of poverty. How will solidarity gestation be regulated? Even if the law is clear on the prohibition of remuneration, how will it be possible in this context to avoid the development of an informal economy based on the exploitation of pregnant women?

Another important issue is that of the rights of grandparents to have a relationship with their grandchildren, which has its counterpart in some provisions on parental responsibility, which would include respecting and facilitating the right of children to maintain communication with their grandparents and other close relatives.

The issue of parental responsibility is key. It replaces the concept of parental authority, bringing a welcome shift from the idea of fathers’ and mothers’ power over children to the idea that parents are responsible for and have a responsibility towards their children. This is very interesting, and yet it has generated uproar, not only from social conservatives but also from political activists.

This must be understood within Cuba’s political context. Activists – not necessarily conservative ones – feel that the emphasis on responsibility would allow the state to label them as irresponsible so they can take their children away from them, or threaten to do so to force them to desist from their activism. Many activists, and particularly women with maternal responsibilities, have already encountered this kind of threat, with comments such as ‘take care of your children’, ‘we know you have your daughter’ and ‘be careful, do it for your child’.

But I think this threat is already out there, and under the new Code fathers could also be forced to exercise their responsibilities – something that does not currently happen in Cuba, with the feminisation of poverty being a consequence. As elsewhere in the region, there has been a massive increase in single-parent, female-headed households, something official statistics do not fully recognise.

Another issue that has been at the centre of discussions is that of the children’s progressive autonomy. We know that punishment – including physical punishment – is normalised in Cuba, and parents make important decisions for their children without consulting them. The idea that parents are able to decide everything for their children until they come of age has changed over time, increasingly replaced by the concept that children progressively acquire the capacity to make their own decisions. I personally believe that as parents we should no longer talk about ‘parenting’ a child, but rather about accompanying them in their learning process.

An important issue contained in the version of the document that went out to consultation is that of child marriage, added at the last minute as a result of strong pressure from feminist activism and independent media and allies. It is a vital issue, but legislators had not seen it.

Many of these issues have created controversy, but I don’t think there has been real debate. In a context of high political polarisation, Cuba is not ready for debate. As activists who participated as independent observers have reported, the debates that have taken place in the consultative stages have been misguided and have not been led by people well trained to conduct them. There really is no debate in Cuba; you simply hear monologues for and against.

What other problems do you see?

Generally speaking, the problem is not with the contents of the Family Code. Women make up more than half of the population, and if you also count children, adolescents and LGBTQI+ people, the new code would meet the needs of a large majority.

But we have great doubts about the reasons why it is being pushed through just now, especially because of the way in which some controversies were encouraged that served to obscure the fact that at the same time a terribly regressive reform of the Penal Code was being imposed on us, without any debate.

In the new Penal Code, everything we do as activists and citizens is criminalised. It is a medieval code. The Family Code, on the other hand, is presented to us as ultra-modern and the result of consensus, which also creates uncertainty about its implementation. But while we have no doubts about the implementation of the Penal Code – we know that it will be implemented to the letter – if the Family Code ends up being as modern and progressive as advertised, I have huge doubts that it will actually be implemented.

To a large extent, those who would benefit from the new Family Code are the same people who will be repressed under the new Penal Code. Those who are protesting for the release of activists imprisoned after the 2021 protests are mostly single mothers demanding their children’s freedom. Many of those who took to the streets to protest were poor, Afro-descendants, transgender people and children raised by single mothers. This problem has existed for a long time and there have been no public policies aimed at solving it. There has not been the slightest attempt to make public policies with a gender perspective. In this context, it cannot be expected that the new Family Code will make such a big difference.