KENYA: ‘The government has put all the burden of addressing homophobia on civil society’ 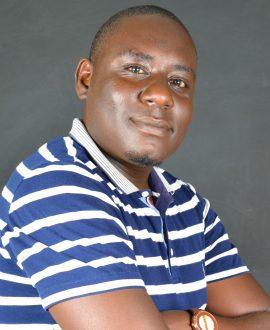 CIVICUS speaks about the situation of LGBTQI+ rights in Kenya and the ongoing impacts of the British colonial legacy with Stephen Okwany, programme director of Talanta Africa.

Talanta Africa is a civil society organisation (CSO) that uses art to promote the rights of LGBTQI+ people and advocates for an inclusive society in which LGBTQI+ and young people have a say in the decisions that affect their lives.

What is the current situation of LGBTQI+ people in Kenya?

This has been met with mixed reactions from different quarters. Our gains have elicited organised opposition from anti-gender and anti-rights movements highly resourced by illiberal populists and very active in the religious, cultural and legal arenas. These movements perpetrate organised rights violations against LGBTQI+ people, including by promoting conversion therapy practices, profiling LGBTQI+ people and queer activists, deliberately denying access to basic human rights such as healthcare and education, perpetrating online attacks and outing queer people, and even through the murder of queer people, the most recent case being that of Sheila Lumumba, a 25-year-old non-binary lesbian who was attacked, sexually assaulted and killed in her home on 17 April.

How does legislation discriminate against Kenyan LGBTQI+ people?

The Kenyan government recognises the existence of queer people in the country. However, there are still regressive laws in place that threaten the existence of the queer movement, such as Sections 162-165 of the Penal Code, which discriminate against consensual same-sex relationships and criminalise those who live on the proceeds of sex work, limiting the independence of LGBTQI+ sex workers in Kenya.

Additionally, queer people and collectives face restrictions on their freedoms of association and peaceful assembly, as the government shies away from registering queer collectives and the police typically use excessive force to disrupt queer parades.

The government has not put in place mechanisms to address homophobia. The burden to do so has been left to civil society. Queer survivors of deliberate homophobic attacks have been denied justice by a judicial system built upon cis hate and in violation of the provisions to integrate LGBTQI+ community members as equal participants in the Kenyan development process. No progress can be achieved if a section of the population continues to be excluded on the basis of prejudiced perceptions.

How does your organisation work to counter those perceptions?

Talanta Africa is an artivist collective of queer human rights defenders. We put the power of strategic communications tools such as arts, culture, media and tech at the service of queer storytelling to promote a change in narratives and improve the civic space of LGBTQI+ people.

Our organisation is largely a strategic communications platform that convenes queer people who believe that silence is too high a price to pay in the face of injustice and inequality. We believe that conscious art and culture play a key role in shaping narratives and telling stories while also countering regressive narratives that advance cis hate.

Not surprisingly, our work has been met with extreme opposition and has been branded as a queer ‘recruitment’ process. This has resulted in attacks on our offices, the intimidation of our artivists, the profiling of our work and intentional exclusion from activist spaces and platforms.

How can Kenya and other Commonwealth countries work together to advance LGBTQI+ rights?

Commonwealth countries should establish multilateral instruments to affirm and advance the bodily autonomy of LGBTQI+ people. These could provide a platform for auditing legal instruments at a country level and assessing the development and implementation of new legal frameworks to replace regressive legal provisions.

International organisations have a mandate to raise human rights awareness, including of the human rights of LGBTQI+ people, and denounce human rights violations, including those faced by LGBTQI+ community. To do so, they must promote progressive queer narratives. They must be deliberate in resourcing queer-affirming spaces through the equal rights and equal opportunities framework.