BERMUDA: ‘A right that the LGBTQI+ community enjoyed for four years has been stripped away’ 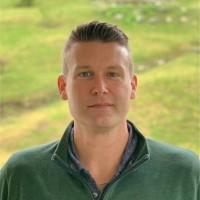 CIVICUS speaks about the recent court decision on same-sex marriage in Bermuda with Adrian Hartnett-Beasley, a founding board member of OUTBermuda.

OUTBermuda is a civil society organisation that promotes and supports the wellbeing, health, dignity, security, safety and protection of the LGBTQI+ community in Bermuda. It provides educational resources on issues of diversity, inclusiveness, awareness and acceptance of LGBTQI+ people, and advances human rights, conflict resolution and equality and diversity in Bermuda.

What is the significance of the recent court ruling declaring the ban on same-sex marriage constitutional? How has it affected LGBTQI+ people in Bermuda?

In March 2022, Bermuda’s highest judicial body, the Privy Council’s Judicial Committee, sided with the government of Bermuda, stating that it may regulate and restrict marriage licences only to unions between a man and a woman. According to the judgement, this does not violate the Bermudian Constitution. It would have violated the Human Rights Act of 1981 if the Bermuda Government had not amended it to allow discrimination on grounds of sexual orientation.

This judgement reversed previous decisions that starting in 2017 made it possible for same-sex couples to get legally married in Bermuda. As a result, a right that we as a community enjoyed for four years was stripped away.

We don’t have survey data, but the general feeling of disappointment is palpable. Our community and our allies are disappointed that this fundamental human rights issue was ever made political in the first place, first with an irresponsible referendum held in 2016 – a non-binding consultation that failed due to low turnout – and then again by successive administrations who used our community as leverage in two electoral campaigns.

How was OUTBermuda involved in the case, and what will it do next?

OUTBermuda was heavily involved throughout the process. We ran very successful arguments at the Supreme Court, the Court of Appeal and the Judicial Committee of the Privy Council, with the guidance and hard work of our legal teams. We believe our leadership and standing helped bring together a consortium of plaintiffs, which together supported the novel and intricate legal arguments being made before the courts, including two churches and a couple of individuals – together encapsulating a broad range of perspectives, as reflected in the evidence we submitted to the courts.

In its former life, that is, before it became a registered charity, OUTBermuda was known as Bermuda Bred and successfully sued the Bermuda government in 2015 to secure some immigration rights for non-Bermudian same-sex partners to live and work on the island. As a result of that victory, its members pivoted the organisation into OUTBermuda and registered it as a charity. The organisation has been leaning into the empty space in which the LGBTQI+ community had no voice ever since.

This adverse ruling does not change that. We will continue to advocate for equality, justice and dignity for all LGBTQI+ Bermudians. If anything, the negative decision of the court highlights that OUTBermuda must continue its work.

What other challenges do LGBTQI+ people face in Bermuda?

The issues we face are as diverse as the community itself. At the core of all of it is acceptance; without acceptance, our community is subjected to unfair and illegal housing discrimination, which alongside family disapproval results in young people having nowhere to live and having higher rates of drug and alcohol abuse. Not surprisingly, this leads to members of our community staying in the closet longer, or at least being less comfortable about being themselves in public. All of this ends up resulting in our community not reaching its collective full potential.

OUTBermuda gets requests for help regularly, and this is the typical story we hear over and over. Marriage has been one, very public, issue but it’s by no means the only one – probably not even the most important one. We will continue working to educate people, including our political leaders, about the human rights of LGBTQI+ people. The next government must re-amend the Human Rights Act to reinstate the full protection of sexual orientation.

How much progress has the LGBTQI+ rights movement achieved so far? Have you experienced any anti-rights backlash?

We have made a lot of progress. When we started litigating for same-sex marriage, polls showed a slight majority of Bermudians were against it, and within five years, when same-sex marriage became legal, a clear majority supported it.

A poll we conducted in 2020, three years into same-sex marriage being legal, showed that 92 per cent of Bermudians believed that LGBTQI+ people deserved human rights protection, 95 per cent believed we deserved civil rights protection, 53 per cent were in favour of same-sex marriage and 72 per cent thought that a church should be allowed to perform a wedding between two consenting adults. An overwhelming majority of 75 per cent opposed the government spending more money on litigation to ban same-sex marriage, while a mere three per cent claimed they had been negatively affected by same-sex couples being able to marry, adopt or live together.

But this progress was met with backlash, particularly by organisations such as Preserve Marriage, which grew markedly since the early days of the public debate on marriage equality. They are well-organised and well-funded and are reacting quite violently to the evidence that public perceptions on all LGBTQI+ issues is increasingly more accepting.

What kind of support would Bermudian LGBTQI+ civil society need from their international counterparts?

Bermudian LGBTQI+ civil society, while physically isolated – more than 600 miles away from North Carolina – is fortunate to have great internet accessibility, so resources are easy to access and connections are easy to make. OUTBermuda as an organisation has been fortunate to receive the support of comparable – but larger and more sophisticated – organisations overseas in the form of resources, ideas and solidarity. As we have just hired our first employee – a part-time executive director – we are looking forward to building out those relationships and capitalising on the great work that has already been done in other jurisdictions – while still doing it the uniquely Bermudian way.