AFGHANISTAN: ‘Our fight for accountability has become a thousand times harder under the Taliban’

CIVICUS speaks with Horia Mosadiq, an Afghan women human rights defender (HRD) and founder of Safety and Risk Mitigation Organization (SRMO). SRMO aims to empower, support and protect Afghan civil society activists and organisations, including those working in remote and insecure areas, and to advocate for greater state protection and accountability for any abuses they suffer as result of their work.

Horia has extensive experience in assisting HRDs at risk and providing human rights and safety training. She previously worked as the Afghanistan researcher for Amnesty International.

Since the Taliban takeover in August 2021, Afghanistan has experienced a human rights and humanitarian crisis. Protests, especially by women, have been dispersed with excessive force, gunfire and beatings, leading to deaths and injuries of peaceful protesters. Journalists and HRDs have been threatened, intimidated and attacked and had their homes raided. 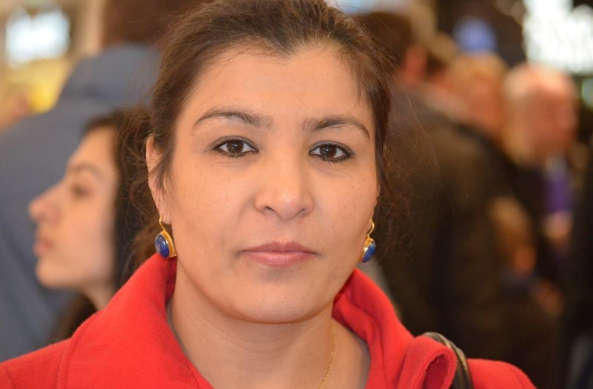 Why did you establish your organisation?

Along with two other dedicated activists, I established SRMO in 2013 with a mandate to protect HRDs and civil society in Afghanistan. We founded it because there was no mechanism inside the country to respond to growing threats against activists. I was an HRD at risk for many years and was totally reliant on international civil society organisations (CSOs) such as Freedom House, Front Line Defenders and Urgent Action Fund.

But we wanted to set up something led and run by Afghans, by people who understood the situation on the ground and could respond to the needs of Afghan HRDs who don’t speak English and don’t have access to international platforms and organisations. The whole idea behind SRMO is to reach out and protect grassroots activists, especially those in volatile areas and without international access or funding.

What does your research reveal about the current situation of Afghan HRDs?

We recently published a report that contains two distinct sections. The first covers the situation in 2021 until 15 August, a time when the previous government was in control and there was an elected president in charge. A clear law enforcement system, a judiciary and other accountability mechanisms were in place. They were not anywhere near perfect or even responsive, but at least they existed.

The second section covers the events following the Taliban takeover on 15 August 2021. The whole security situation in the country changed significantly and the republic of Afghanistan was gone. The Taliban operate on the basis of Islamic ideology and renamed the country ‘Islamic Emirates of Afghanistan’. There is no law-and-order system anymore. The whole system is run by a group of mullahs with no clear accountability. Nobody knows which laws they are implementing. There is a lack of clarity and a definite legal gap. In many instances they refer to Sharia law, although we don’t have a codification of Sharia, so it is all open to interpretation. This is the situation on the ground today.

Following the Taliban takeover, attacks against HRDs have continued and nobody has been held accountable. Many HRDs have been killed, abducted, tortured and disappeared. Between January and March 2022 alone, SRMO documented 120 violations against activists, journalists and critics, including killings and kidnappings. Even medical doctors have been abducted by the Taliban.

Many CSOs have had to shut down and media workers and journalists have faced numerous restrictions. We documented the case of a TV journalist who interviewed a critic of the Taliban, and right afterward he and his crew were arrested and tortured, and were only released after signing statements pledging not to reveal their treatment to the international community. Many activists who protested had their passports and IDs taken away so they couldn’t leave the country and expose the truth. Activism is still happening, but civic space is increasingly shutting down.

Contrary to the general belief among the diplomatic community, the security situation has not improved under the Taliban. Although you may not hear about many bombings or active fighting in various parts of the country, the general security situation has deteriorated. Dozens of HRDs, journalists and others have been abducted, tortured, disappeared and detained unlawfully and without any explanation. The de facto authorities are part of an abusive system. The limited accountability mechanisms that existed under the previous regime are all gone. Now no one is accountable to anyone. Our fight for accountability has become a thousand times harder under the Taliban.

How have you conducted your work following the Taliban takeover?

Since August 2021, our focus shifted to reactive work to provide safety and protection to HRDs at risk and evacuate them from the country. The evacuations have since slowed down, but we also support the internal relocation of those at risk. We also provide humanitarian assistance to women HRDs, as many have lost their jobs and livelihoods. So as well as facing security threats, many have lost their means of surviving, paying for food and essentials required for their family. We have tried to support some minimal living costs where possible.

What has happened to the activists who were evacuated?

Those who were part of an organised effort undertaken by some countries and CSOs are being looked after while they resettle. But those who fled the country to Central Asia, Pakistan or Turkey experience an extremely bad situation as they run out of funds, their visas expire and there are no programmes for their resettlement. Many are pushed back by embassies or told they need to register with the United Nations (UN) Refugee Agency and that it can take years before they are resettled.

Some with expired visas are even being deported back to Afghanistan. I just heard that Greece has deported 500 Afghans to Turkey, which sent them back to Afghanistan. In Central Asian countries people cannot get their expired visas renewed while in the country; they must leave to get a new one, which many HRDs are unable to do. This is making it difficult for them to survive. Many activists and journalists are facing ever-growing economic difficulties. They can’t pay for rent or food. Things are particularly difficult for those with small children. Many funders don’t provide resources for HRDs outside their country.

What can the international community do to support HRDs in Afghanistan?

I am disappointed with the international community. The way they have responded to the Ukraine crisis is very different from how they have responded to the situation in Afghanistan. They were open to receive millions of Ukrainian refugees, whose cases were processed within weeks. In contrast, only a few countries – including Canada, Germany and the USA – have been willing to issue visas to Afghans. This is not nearly enough, as thousands are currently stranded in neighbouring countries and in need of immediate help. If they can do it for Ukraine, why not for Afghanistan? Is it because of our skin colour or because they don’t view the Taliban as the enemy? There may be politics involved but I think there is also systematic racial discrimination.

More positively, the appointment of the UN Special Rapporteur on the situation of human rights in Afghanistan is an excellent step. At the moment there is a vacuum of human rights monitoring mechanisms. CSOs can only do so much and having someone working with a UN mandate and the support of the international community is key. The international community should provide the UN Special Rapporteur all the necessary financial and diplomatic support and his recommendations must be taken seriously and implemented.

Our recent report includes a series of recommendations for the international community to put pressure on the Taliban to ensure accountability for crimes committed against HRDs and to provide financial, diplomatic and political support to Afghan HRDs at risk, including by issuing humanitarian visas and funding resettlement programmes. The international community should use its leverage to pressure the Taliban to create a safer space for HRDs and journalists in Afghanistan. This issue is currently not being addressed adequately at the international and diplomatic level.