CIVICUS speaks about women’s human rights and the United Nations (UN) Commission on the Status of Women (CSW) with Wanun Permpibul of Climate Watch Thailand (CWT) and Misun Woo of the Asia Pacific Forum on Women, Law and Development (APWLD).

APWLD is an independent civil society organisation (CSO) committed to building feminist movements to advance women’s human rights and development justice in Asia and the Pacific as well as globally. CWT, a member organisation of APWLD, is a CSO that works with local communities and women to call for urgent climate action and climate justice. 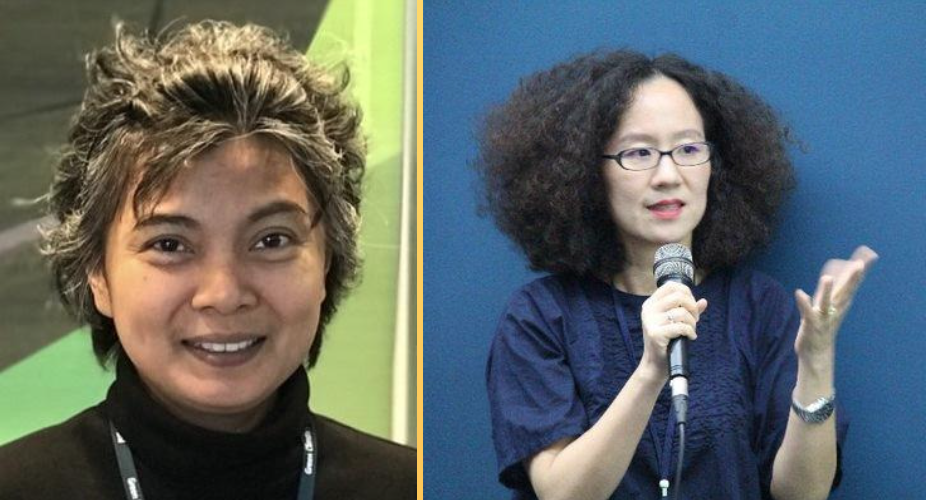 What do you see as the main women’s rights issues in Thailand and the Asia Pacific region, and how does APWLD work to address them?

Women in Thailand still do not have access to political spaces. Women work on farms and take care of their families, but when policies are made regarding farm work and domestic work they are not engaged in policy discussions, either in the planning process or the implementation stages.

We tend to look at the symptoms of issues, in this case of the violations of women’s human rights, but we need to look at both the structural causes and the consequence of these violations and injustices. The exclusion of women in policy formulation and decision-making processes perpetuates gender injustices and rights violations. We need to shift power relations so that every person can exercise their inherent power with dignity. Most women do not have the opportunity to exercise their democratic rights and access political leadership because they are systematically undermined.

APWLD’s work consists of identifying the systems of oppression – patriarchy, fundamentalisms, militarism, colonialism and capitalism – and fighting to dismantle them while finding alternative solutions to advance women’s human rights and development justice. Through our work we have been able to build capacity and solidarity among feminist movements.

We focus on several thematic areas, including climate justice. Part of our work is about identifying and promoting the adoption of mitigation and adaptation strategies to advance women’s human rights as well as address the loss and damage and historical responsibilities. We see women experience the impacts of climate change disproportionately and they must be a source of solutions to help deal with the climate crisis. However, the reality is that they are not sufficiently engaged and the policies implemented in most instances do not cater to their needs and concerns.

What issues have you tried to bring into the CSW agenda this year?

A very critical point we wanted to see addressed was loss and damage associated with impacts of climate change and delays in mitigation efforts. It would have been good if CSW66 had supported a financial mechanism to address loss and damage due to the climate crisis as well as an accountability mechanism to hold accountable those responsible for causing the climate crisis, particularly large fossil fuel industries. We need to address the root causes of climate change for our societies to achieve sustainability.

Another issue we wanted to highlight at CSW66 was the ongoing attacks against women human rights and environmental defenders in Asia and the Pacific in the context of the climate crisis. They are at the frontline of climate crisis, working day in and day out to raise awareness about and resist the catastrophic impacts of extractive industries and fossil fuel burning, and they must be protected.

What were your expectations, and to what degree were they met?

We had high expectations, even though so many restrictions were imposed due to the pandemic. We viewed CSW as a space or momentum to elaborate on the causes and the consequences of climate change, environmental degradation and disasters on women’s human rights. We expected it to meet the dual missions of advancing global commitments to address climate change and advancing women’s human rights, gender equality and women’s empowerment.

Unfortunately, CSW66 failed us on both counts. It did not look into the deeper causes of the climate crisis and the extent of its impacts on women’s human rights and gender equality. Mostly what it did was just add wording on climate change, environmental degradation and disasters at the end of the existing text of CSW66 conclusions. It failed to address the structural causes of the crisis, so the conclusions and recommendations are not designed to address and rectify those structural issues.

We need to pay attention to, for instance, how CSW66 Agreed Conclusions effectively let governments off the hook from their human rights obligation to regulate the private sector. Instead, they seek to strengthen the roles and responsibilities of the private sector and just encourage them to conduct human rights and environmental due diligence, where appropriate.

Another practical example is the net-zero goal included in the text. Most states are welcoming this goal that seeks to balance the amount of greenhouse gas produced and the amount removed from the atmosphere. In doing so, they are placing the responsibility of determining the future in the hands of those that are causing climate change.

If CSW66 were serious about addressing climate impacts and really thought this is a climate emergency, it would not go for a net-zero goal, which is buying time for those exploiting fossil fuels and polluting the planet to continue their business as usual, and would instead focus on the just and equitable transition to decentralised and renewable energy systems.

Did you have the opportunity to participate fully, or did you experience access issues?

We made a political decision to attend CSW66 in person, even though we were concerned about COVID-19 restrictions and there were lots of uncertainties regarding CSO participation in CSW66. The decision came from the fact that we, women from the global south, have lost significant opportunities and access to influence multilateral processes during the COVID-19 crisis.

Our experience is that CSW66 was not well organised, especially from the perspective of CSOs from the global south. It was all very uncertain and CSOs were not provided with enough information, while UN Women continuously advised us against traveling to New York. We were given access to the UN building only two or three days before CSW66 started. Only through an informal announcement we got to know that special event tickets would be distributed to two representatives per organisation with ECOSOC accreditation to access the conference room to observe. If the announcement had been made officially by the UN in time, it could have reached a larger audience of CSOs that had the right to be there.

We were also disappointed to see that CSOs continued to be excluded from the negotiation room. Civil society in the global south faces many structural restrictions on participation, including time constraints and language barriers. We really wanted to see CSW66 facilitate women’s meaningful and democratic participation, particularly because this year saw the negotiation of a Methods of Work resolution. However, this was yet another failure. To us, it was a further indication of how disconnected from women’s realities global-level policy making is.

If we compare CSW66 to other UN spaces, such as climate conferences, the lack of engagement between CSOs and national governments in CSW66 becomes readily apparent. It was challenging to have a dialogue with government representatives and negotiators because of the travel restrictions and the inability of some countries to participate in person.

Do you think that international bodies, and specifically the UN, adequately integrate women in their decision-making processes?

If we look at UN climate conferences, for instance, we will find that the proportion of women delegates is always low. Even though it has been increasing, it is still significantly small. We have seen attempts in successive climate conferences of the parties (COPs) to try and have a gender and climate focal point for every country, but the UN has not supported the initiative to introduce a protocol for national governments to implement it. The CSW66 Agreed Conclusions reiterate the need to have a gender and climate focal point in national governments. Thailand still does not have one.

Arrangements may be better for women in the global north, but from our global south perspective they are pretty bad. The CSW66 Agreed Conclusions note the importance of women’s and girls’ meaningful participation in decision making. However, the reality of women’s participation at CSW is far from encouraging.

It’s easier to say that UN Women or the CSW methods of work resolution encourage member states to include CSO representatives on their delegation. Many countries in Asia and the Pacific have seen a rise in autocratic and misogynistic leadership, and having CSO representatives on such government delegation is not something that will happen at all or in a meaningful way. It is not enough to hear the voices of women; women must be given actual power to make policy decisions grounded in women’s realities. This is the only way structural changes will happen.