MEXICO: ‘Human rights defenders constantly put their freedom and their lives at risk’ 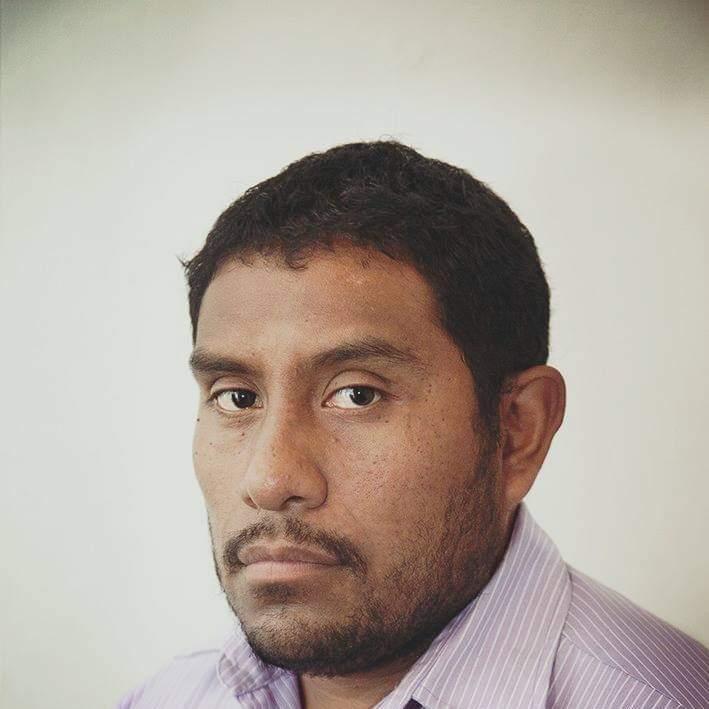 CDHZL is a civil society organisation in the state of Mexico that accompanies the struggles of Indigenous communities, native peoples and collectives who are seeking a dignified life by claiming and exercising their human rights.

Who is Kenia Hernández, and why is she detained?

Kenia is an Indigenous Amuzga young woman. She is 32 years old. She is the coordinator of the Zapata Vive Libertarian Collective, which promotes peaceful resistance against the neoliberal development model. She is a lawyer by training, a self-identified feminist and is dedicated to defending human rights, and specifically to defending people imprisoned for political reasons, looking for missing people with the goal of finding them alive and giving legal support to female victims of violence.

Kenia was arrested on 18 October 2020 under accusations of attacks on a public thoroughfare and robbery with violence. She was charged with serious crimes to ensure she could be kept in the most terrible maximum-security prison for women in all of Mexico.

On 15 March 2022 the trial court in Ecatepec, in the state of Mexico, will determine whether she is guilty or innocent in one of the five criminal cases against her. All these cases were fabricated with the sole purpose of isolating her and preventing her from continuing mobilising, as well as to send a signal of exemplary punishment to all those people she managed to bring together into a nationwide movement that questioned the private management of highways.

Is Kenia’s case part of a broader trend of criminalisation of Indigenous defenders in Mexico?

Indeed, Kenia’s case reveals that the Mexican state has a clear policy of a ‘pedagogy of punishment’, for two reasons.

First, it sends a signal to the people who protest, and particularly to those who protest against the privatisation of highways, that they should no longer resort to public demonstrations as a form of social mobilisation, because if they do, they will bring upon themselves an unjust and cruel imprisonment such as the one experienced by Kenia.

Second, Mexican state officials are trying to subdue and bend the will of Kenia, to punish her for protesting, but also to weaken her convictions, to subdue the energy and strength she puts into protest, to let her know who is in charge and who must obey. As she has not submitted to them, they continue to keep her in prison. They know that if she is released she will go back to her activism.

Both situations are seriously worrying, because they seek to reverse decades of social struggles and opening of democratic spaces.

What is civil society, and specifically CDHZL, doing to secure her release?

Part of our work consists in providing legal defence to human rights defenders who are unjustly criminalised and imprisoned for the peaceful defence of their rights. In its 10 years of existence, CDHZL has helped around 250 people regain their freedom.

We hope that soon Kenia will be another of them. Mexican civil society has given a lot of visibility to her case, putting her criminalisation on the public agenda and involving key people, in particular Mexican senators, to convince relevant decision-makers to stop criminalising Kenia. We have also tried to bring her case to the international arena, pointing out the punitive policy of the Mexican federal government.

Through its large team of lawyers, CDHZL has sustained a legal defence in the five legal processes against Kenia, with all that they entail: dozens of hearings, challenges and trials of guarantees, some of which we won. But clearly this is much more than a legal struggle, as high-ranking officials are determined to keep Kenia in prison at all costs.

Has there been any improvement in the situation of Indigenous defenders under the current leftist government?

We expected improvements in the situation of Indigenous peoples and human rights defenders and collective rights more generally, but unfortunately there continues to be a generalised disdain among the federal government, regardless of its leftist leanings.

The government has been unable or unwilling to tune in to the most heartfelt demands of Indigenous peoples. Aggressions against human rights defenders have continued, including disappearances, murders and imprisonments. When it comes to imprisonment, Kenia’s case is one of the most shocking examples of the misuse of the criminal justice system against a human rights defender under a government that claims to be the architect of a ‘fourth transformation’ – a process of profound change supposedly comparable to those of independence (1810-1821), reform (1858-1861) and revolution (1910-1917).

What kind of regional and international support does Mexican civil society need in its struggle for human rights and civic space?

Appeals to the Mexican government can help sensitise the authorities to the importance of respecting human rights and those who defend them beyond political party affiliations.

International mediation and good offices will undoubtedly be a key tool to strengthen civil society in the defence of human rights, particularly in processes where the life and freedom of human rights defenders and Indigenous peoples’ rights are at stake.

Civic space in Mexico is rated ‘repressed’ by the CIVICUS Monitor.