UNITED NATIONS: ‘Civil society has always been an integral part of the UN ecosystem’

CIVICUS speaks with Natalie Samarasinghe, Chief Executive Officer of the United Nations Association UK (UNA-UK) about the UN Secretary-General’s recent ‘Our Common Agenda’ report and the need to include civil society voices in the UN.

A nationwide grassroots movement of over 20,000 people, UNA-UK is the UK’s leading source of independent information and analysis about the UN and is devoted to building support for the UN among policymakers, opinion-formers and the public. 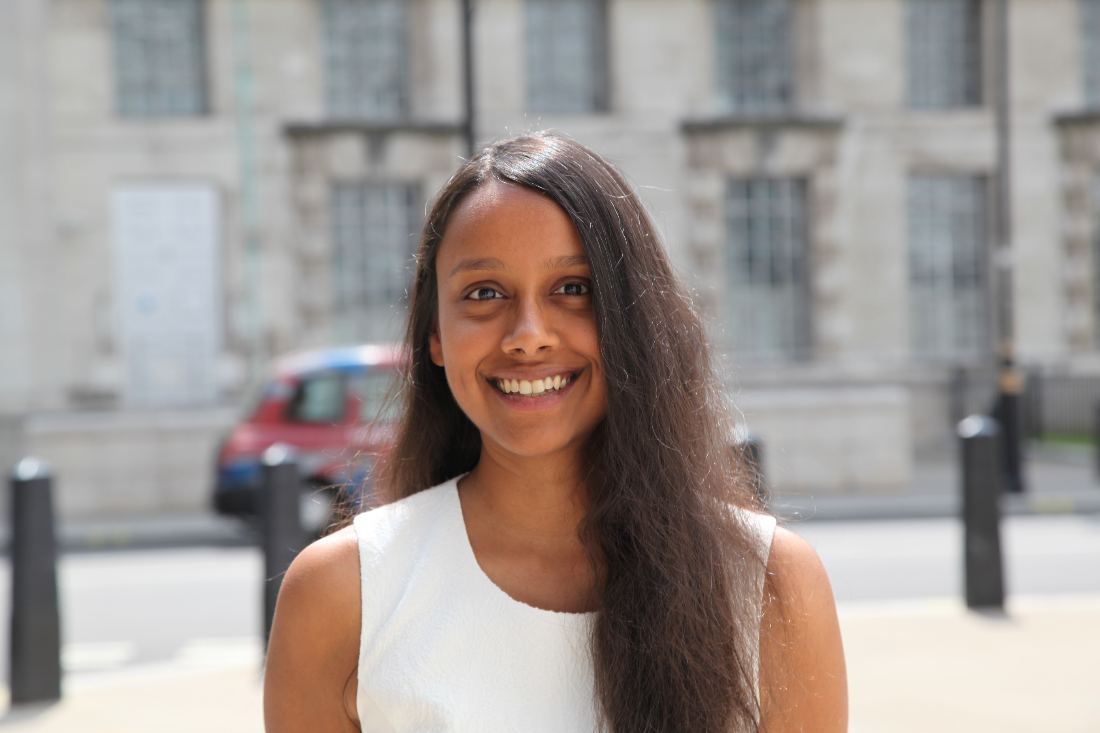 What does ‘Our Common Agenda’ hope to achieve and what are its major recommendations?

‘Our Common Agenda’ is a report released by UN Secretary-General António Guterres in September 2021. While ‘UN releases report’ may not be the most earth-shattering headline, this one stands apart for two reasons.

First, the way it was put together. It was mandated by the General Assembly’s declaration to mark the UN’s 75th anniversary, which tasked the Secretary-General with producing recommendations for responding to current and future challenges. The report draws from feedback received from 1.5 million people and 60,000 organisations who took part in the UN75 global conversation, as well as input generated through an innovative digital consultation that enabled stakeholders from various sectors to exchange ideas.

Second, its visionary tone. The report reads like the manifesto of a second-term Secretary-General. Having been dealt a challenging hand, from national parasites to a global virus, Guterres spent his first five years in post firefighting multiple crises and in sensible, if technocratic, reforms. He is newly reappointed to a second term, and this report signals that he now means business: he has big ideas and he wants to see them through. This further bolsters the case for Secretaries-General to serve a single, longer term of office.

Peppered with facts and figures, the report features a grim analysis of the state of the world — and an even grimmer prognosis — while also presenting a hopeful alternative scenario predicated on collective action, a bit like an existential version of a ‘choose your own ending’ book.

For each shift, there are a number of proposals. Some are concrete, such as a global COVID-19 vaccination plan and a biennial meeting of the G20 and international institutions. Others are more open – an emergency platform to respond to future shocks, for example, and plans to transform education. Some – such as that of repurposing the Trusteeship Council as a steward for future generations – are grounded in long-standing ideas. Others, such as a global digital compact, would take the UN into new territory. And some are intended to give effect to the proposed changes, notably a Summit of the Future to be held in 2023 and a World Social Summit to beheld in 2025.

What are the positives that the report identifies for civil society and people’s participation in the UN?

One of the most interesting aspects of the report is that it recalibrates the UN’s role on the world stage. Arguably, the biggest transformation to have taken place since the UN’s founding in 1945 is the explosion of actors at the local, national and international levels. It was refreshing to see Guterres combine ambition for the UN’s role with humility about what it can achieve, and set out clearly that success depends on action by, and partnerships with, other stakeholders, including civil society organisations (CSOs).

The report notes that CSOs have been an integral part of the UN ecosystem from the outset. It positions CSOs as a central part of a new social contract, linking them to building trust and cohesion, as well as delivery across a host of areas, from sustainable development to climate action, digital governance and strategic foresight. It also advocates for institutions, the UN included, to listen better to people, adopt participatory approaches and reduce complexity so that their processes and outcomes are better understood.

Guterres recommends that governments conduct consultations to give citizens a say in envisioning their countries’ future. He calls on states to consider suggestions for widening participation in all intergovernmental organs. In addition, he announces two changes within the UN Secretariat: a UN Youth Office and the establishment of dedicated civil society focal points in all UN entities, to create space for participation at the country and global levels and within UN processes.

What is missing or could be strengthened in the report?

The report is remarkably forthright in parts. In calling for a renewed social contract, for instance, Guterres weaves together a number of politically challenging issues, such as human rights, taxation and justice. He is right to position these issues as essentially national, but defining a way forward will be tricky: the emphasis on the UN’s role in ‘domestic’ issues will undoubtedly irk governments, while CSOs may fear it signals a retreat into norm-setting and technical assistance.

In other places, Guterres pulls his punches. This is perhaps wise in contested areas such as peace and security, where the report sets out modest proposals that are, for the most part, already underway. UNA-UK and partner CSOs would have liked more emphasis on the Treaty on the Prohibition of Nuclear Weapons and on halting the development of lethal autonomous weapons.

On climate, Guterres’ signature issue, the report could have gone further to frame the ‘triple crisis’ of climate disruption, pollution and biodiversity loss as an interrelated emergency with human rights at its core. It could also have sensitised policymakers to a bolder set of measures. And after an excellent distillation of the challenges, those looking for new approaches on women’s empowerment and gender equality are also left wanting.

For many of us, though, the biggest disappointment was on civil society inclusion. Guterres’ language is positive but less emphatic than in his Call to Action on Human Rights and there are few specifics that move beyond warm words.

During the stakeholder consultations, CSOs from all regions called for a high-level UN civil society champion to help increase and diversify participation and advise on access – be it to UN headquarters or to climate COPs. This was the one concrete proposal that attracted widespread support and while the report commits to exploring it further, there is some bewilderment as to why Guterres did not move forward with an appointment that is in his gift.

Of course, it is important to have focal points across the system. Many UN entities already do. But we know from our experience with gender, human rights and so on that mainstreaming is not enough. That is surely part of the thinking behind the creation of a Youth Office. It should be applied to civil society too.

What should happen next to improve participation in the UN?

In the short term, the proposed roll-out of systemwide focal points should happen swiftly and in consultation with civil society. A timeline and process should be set for mapping and monitoring engagement, as envisaged by the report. A high-level champion would be a natural instigator for both, so hopefully this position will be established.

In the medium term, a number of other changes would be helpful, including a system-wide strategy on civic space inside and outside the UN; a simple online platform to support engagement, which could include a citizen petition mechanism; a voluntary fund to support participation, as well as tools such as social impact bonds to finance in-country CSO activity; and a new partnership framework to enhance partnership capacity – including in-country,  simplify engagement and improve vetting.

In the longer-term, the UN should move towards a partnership model, launching a global capacity-building drive to transfer a number of its functions to CSOs and others who are better able to deliver on the ground. This would enable the organisation to focus on the tasks it is uniquely well-placed to undertake. Indeed, the report already seems to move in this direction with its emphasis on the UN as a convenor and provider of accurate data, foresight and analysis.

The UN already depends on civil society across the spectrum of its work. We are critical to achieving the Sustainable Development Goals and addressing the climate emergency. We provide essential assistance in humanitarian crises, sometimes as the only players with access to, and the trust of, marginalised communities. We stand up for those who are ignored and abused. We are essential partners for the UN while also serving as its conscience, urging it to be bold and ambitious, and to act without fear or favour. And we do all this in the face of increasing attacks.

As such, CSOs can push for making progress on ‘Our Common Agenda’, from advocacy with states to provide the Secretary-General with the mandate needed to forge ahead, to fleshing out the many proposals in the report and taking action in their communities, capitals and UN forums.

We can do this from the sidelines – we are well-practised in making our voices heard despite shrinking civic space. But we will be much more effective if we are given a formal role in dedicated processes such as preparations for the Summit of the Future and in the work of the UN more generally; and if we know we can count on the support of UN officials. Appointing a civil society champion would be a good start.