COP26: ‘Decision-makers have national objectives whereas the issues at stake are transnational’

As the 26th United Nations Climate Change Conference of the Parties (COP26) takes place in Glasgow, UK between 31 October and 12 November 2021, CIVICUS is interviewing civil society activists, leaders and experts about the environmental challenges they face in their contexts, the actions they are undertaking to tackle them and their expectations for the summit.

CIVICUS speaks with Boris Patentreger, co-founder of Envol Vert and coordinator of the organisation’s field projects, awareness raising and advocacy in France. Envol Vert is an association for forest protection and rural development. Founded in 2011, it works for the preservation of the forest and biodiversity in Latin America – mainly in Colombia and Peru – and in France, while creating strong links with local populations to promote their preservation initiatives, participate in sustainable rural development and develop economic alternatives to deforestation. Envol Vert is also strongly involved in raising awareness through sensitisation campaigns. 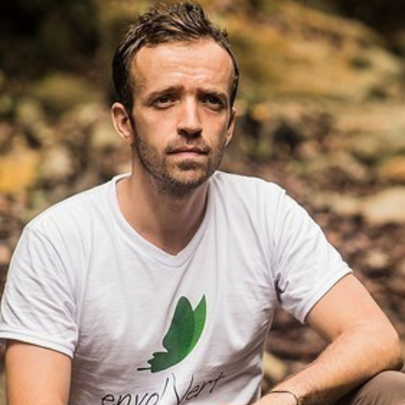 What’s the key climate or environmental issue that you’re working on?

Our association, Envol Vert, focuses on the issue of forest protection, especially tropical forests. While at one point deforestation had diminished, particularly in Indonesia, it is now rising again, especially in Brazil. One third of deforestation is due to the trade in agricultural raw materials. Europe is one of the main importing regions of products that cause tropical deforestation, including not only soya and palm oil but also cocoa. Our companies also have a responsibility in terms of their practices and those of their local branches.

Faced with this problem, the mission of our organisation is to develop effective field projects that support or help local initiatives of groups of inhabitants, communities, cooperatives or small associations emerge, and to participate in rural development in connection with forest conservation, ecosystem restoration and adaptation to climate change, both in Latin America and France. Our initiatives must combine social and societal added value by offering people alternatives to deforestation and by ensuring the development of skills through training.

These are generally projects for reforestation of degraded forest or agricultural areas, agroforestry, local fair trade and sustainable alternatives, support for nature reserves and the restoration of emblematic forest ecosystems and their biodiversity.

We also carry out awareness raising and advocacy activities aimed at the countries that are, directly or indirectly, most responsible for deforestation, in order to encourage companies and citizens to change their behaviour and consumption patterns. This includes organising and participating in awareness-raising events in France and Latin America, launching alerts and impact campaigns and promoting the Forest Footprint, which helps cities understand and reduce the tropical deforestation for which they are responsible.

As long as we have a rather ‘business friendly’ or voluntary approach, there is no risk of a negative reaction. At worst, decision-makers will gain time. However, in the three years since the fires in Brazil, we have seen failure of the private sector’s voluntary zero deforestation approach as well the failure of the New York Declaration on Forests. Voluntary approaches are reaching their limit and are far too slow in relation to the challenges.

We now have a more militant approach and with a coalition of associations and Indigenous representatives have, for instance, taken the Casino Group to court for its failure to exercise due diligence. The Casino Group owns the biggest stores in the two countries with the most biodiversity in the world, namely Brazil and Colombia. In these countries deforestation is mainly linked to beef, and meat products linked to deforestation are sold in local stores. Now, as reparations are demanded for Indigenous peoples who have lost their forests, and as we have taken a more confrontational approach in response to them failing to meet their obligations, the responses of private sector companies have changed. Private sector responses are harsher when they are required to deliver results that match the stakes, rather than just asked to adopt voluntary good practices.

We are part of a coalition of civil society organisations (CSOs) such as Mighty Earth and have links with Indigenous representatives from South America. We are also linked to the Forest Movement Europe through the organisation Fern.

What hopes, if any, do you have for COP26 to make progress on climate issues?

We are not very optimistic about these events, because decision-makers have national objectives whereas the issues at stake are transnational. Change will have to be driven by civil society, but unfortunately individual issues driven by capitalism will prevail again. The solution to the climate issue and also to the extermination of biodiversity requires a real reconsideration of the relationship between homo sapiens and the nature of which it is part. We need to realise this collectively, as a species, and use our collective intelligence to demonstrate that we can live as a species alongside nature.

I'm going to kick on an open door here, but the real battle that we, nature conservation CSOs, are waging, is to show that sapiens can succeed in living within nature and not against it. I think we are the last ones who really believe this. Indeed, many of the solutions proposed at COP are ultimately technological solutions that are far removed from nature. They do nothing but postpone the key question of the right relationship we should have with nature as well as among our own species.

However, these events represent an opportunity to raise issues that are still given too little attention and even less followed by actions that are proportional to the stakes they raise.

What one change would you like to see to help address the climate crisis?

Faced with the risk of reaching a breaking point if deforestation continues, and of seeing the Amazon become a carbon emitter, we are calling for a world without deforestation as soon as possible. This is entirely possible: consumers can do it, and companies and states must do it too, because forests are one of the main bulwarks against climate change. The best carbon sink is the forest, the trees. Everything must be done not only to stop deforestation but also to keep forests rich, diverse and alive. This is going to allow us to continue to be able to simply walk in a natural forest, an indispensable prerequisite to conserve the wild nature that defines us and gives us meaning as homo sapiens.