UNITED KINGDOM: ‘The government is set on hiding from accountability and scrutiny’

CIVICUS speaks to Sam Grant, Head of Policy and Campaigns for Liberty, a UK civil society organisation, about the introduction of the Police, Crime, Sentencing and Courts Bill and its impacts on the right to protest. Founded in 1934 in response to brutal police attempts to stop peaceful protests, Liberty is the UK’s largest civil liberties organisation, with more than 10,500 members and supporters, campaigning for everyone in the UK to be treated fairly and with dignity and respect. 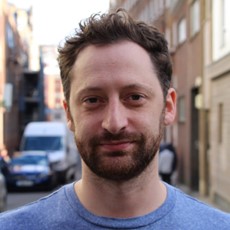 What prompted the UK government to introduce the Police, Crime, Sentencing and Courts Bill? What are civil society’s major concerns about it?

The current government is set on hiding from accountability and scrutiny wherever it can, whether that’s by making it harder for people seeking justice to take them to court, sidelining elected parliamentarians through secondary legislation or introducing voter ID laws. The Police, Crime, Sentencing and Courts Bill is another iteration of this attempt by the government to shield itself from being held accountable, this time by making it harder for people to protest.

Civil society has three main concerns with this bill. Firstly, it represents a crackdown on protest rights. It gives the police greater powers to dictate where, when and how people can protest, it ramps up sentencing and will funnel protesters into the criminal justice system. The cumulative effect of these measures – which target the tools that make protest rights meaningful – constitute an attack on a fundamental building block of our democracy.

Secondly, Liberty and, more generally, UK civil society sees this Bill as an outright attack on the Gypsy, Roma and Traveller nomadic way of life in the UK. The impact these new powers will have on an already marginalised community in this country could be catastrophic.

Finally, Liberty is raising the alarm about the impact on over-policed communities who will be exposed to profiling and disproportionate police powers through the expansion of stop-and-search powers and data-sharing agreements between the police and public bodies.

The bill has already passed through the House of Commons and will start moving through the House of Lords in early September 2021. If the Lords make any amendments, these will need to be approved by the House of Commons in a so-called ping-pong process, until agreement is reached. If it becomes law, this bill will dramatically reshape protest rights in this country, tipping the balance of power further in favour of the government and the police and vastly impacting on marginalised and over-policed communities such as Gypsy and Traveller communities and people of colour.

What is civil society doing to try to prevent the passing of the bill?

The breadth of the coalition working against the bill is growing every day, ranging from environmental, human rights, racial justice and criminal justice groups to Gypsy, Roma and Traveller community groups.

A total of 245 organisations joined together to condemn the bill, over 700 academics called for it to be dropped, three United Nations Special Rapporteurs and Europe’s top human rights official warned it threatened our rights and over 600,000 people signed a petition to call for it to be scrapped.

Organisations continue to work together to show the disastrous impact this bill will have and the importance of our protest rights.

What are civil society’s other concerns about restrictions to civil liberties in the UK?

We are worried about other restrictions because this bill is part of a wider trend of this government trying to evade accountability and attack our rights. Going hand in hand with the Police, Crime, Sentencing and Courts Bill are attempts to restrict judicial review, which would make it harder to challenge government actions in court, plans to weaken the Human Rights Act, which is our central human rights piece of legislation, and plans to bring in a voter ID, which could prevent millions of people from marginalised communities voting.

How have UK authorities responded to recent protests?

We are seeing an increasingly hostile atmosphere for protest rights in the UK. In recent years, the police have targeted some protesters with facial recognition surveillance technology. People belonging to certain protest groups, including environmental rights groups such as Extinction Rebellion, have been considered extremists and added to counter-terror lists. People arrested at protests have faced the possibility of hugely disproportionate prison sentences that go far beyond fair consequences for their actions.

During the pandemic, police forces have wrongly claimed that COVID-19 regulations placed a blanket ban on all protests and have arrested and fined hundreds of people for demonstrating against injustice. They have even arrested legal observers who act as independent witnesses to police behaviour at protests to help ensure people’s rights are respected.

It is always important to share solidarity where possible. International civil society can support us by raising concerns through appropriate avenues and speaking up about the impact this bill could have even beyond the UK. We’ll be working closely with CIVICUS to identify these opportunities.

Civic space in the United Kingdom is rated ‘narrowed’ by the CIVICUS Monitor.

In the run-up to the 26th United Nations Climate Change Conference of the Parties (COP26), which will...