COVID-19: ‘We need a new social contract founded on rights and the principle of shared prosperity’ 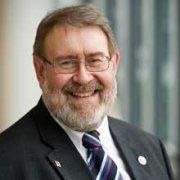 CIVICUS speaks about the impact of the COVID-19 pandemic and emergency measures on labour rights, and the civil society response, with Owen Tudor, Deputy General Secretary of the International Trade Union Confederation (ITUC). Recognised as the global voice of the world’s working people, the ITUC works to promote and defend workers’ rights and interests through international cooperation among trade unions, global campaigning and advocacy within major global institutions. The ITUC adheres to the principles of trade union democracy and independence and encompasses three regional organisations in Africa, the Americas and Asia and the Pacific, while also cooperating with the European Trade Union Confederation.

What have been the major impacts of the COVID-19 pandemic on labour rights?

The ITUC surveyed its national trade union affiliates regularly in the first few months of the pandemic, and we quickly identified that, while many countries were seeing positive engagement between governments and unions, others weren’t. In many countries, like those in Scandinavia and the rest of Europe, and often building on existing forms of social dialogue, governments, employers and unions worked together to develop measures to tackle the pandemic and its effects on workplaces. That also happened in some countries where such cooperation has been less common, such as Argentina, Georgia, Nigeria and the UK. At a global level, the International Labour Organization (ILO) stressed the importance of social dialogue as one of its four pillars for action on the pandemic, alongside stimulating the economy and employment, supporting enterprises, jobs and incomes, and protecting workers in the workplace.

But in some countries, rogue employers and neoliberal governments thought they could use the pandemic to restrict workers’ and unions’ rights, such as limits on working time, or security of employment. In countries such as Croatia and Lithuania, we campaigned in support of our affiliates to push back against those changes, but we weren’t successful everywhere. In India, for example, state governments implemented a widespread deregulation of employment protections.

Has this led to any changes in union organising?

In far too many countries, jobs have been lost and unemployment has soared. That has an inevitable impact on union organising. But in several countries, including those that have seen membership reductions in the recent past and those where membership is already strong, the key role played by unions in defending employment and wages and campaigning for decent health and safety at work has led to membership gains. Bluntly, working people have seen more clearly the importance of union membership to protect them against management inadequacies and violations of their most fundamental rights.

In some cases, the pandemic has accelerated the experience of virtual organising – over Zoom or other internet platforms. And that technology has in some cases led union organisers to change their point of view, from explaining the benefits of membership to listening to what potential members want. Again, this just accelerated a trend, from offering people a model that solves their problems to letting workers define what works for them. As one Australian union leader put it, “finally we started contacting our members the way they wanted to be contacted.”

How have unions worked to defend rights and help their members and communities during the pandemic?

The daily work of unions intensified with the pandemic. Unions represented workers threatened with being laid off, pushed for adequate severance pay, sought expanded access to social protection and raised the concerns of women workers who faced even greater discrimination and of migrant workers denied equal access and equal treatment. In many cases unions won breakthroughs previously not thought possible, and we now need to defend those gains for the long term.

Unions have been actively involved with international institutions like the International Monetary Fund and the World Health Organisation (WHO), with national governments on every continent and with employers from the workplace to the multinational boardroom to ensure that workers and their jobs are protected. From negotiating national short-term working schemes in Germany, to ensuring contracts are honoured in the global garment industry, and arranging sectoral policies for the safe return to the workplace in Belgium, unions have been busting a gut to ensure workers’ interests were recognised. Sadly, whenever we hear about community transmission of COVID-19, it’s often a workplace that people are talking about, such as in hospitality, healthcare or meat processing plants. Unions have been emphasising the need for occupational health to be as important as public health, including the provision of personal protective equipment as well as access to paid sick leave.

Unions have also been negotiating fiercely with employers to stop redundancies, which have taken place, disgracefully, even in companies that were bailed out with taxpayers’ money. In some countries, employers have been prevented by law from laying workers off. We have negotiated arrangements for homeworking, which is becoming more common than ever, even after the pandemic has subsided. A new teleworking law in Argentina was negotiated with unions, providing innovations like workers deciding if they want to revert to working in their workplaces.

What has the pandemic told us about underlying economic and labour problems and the changes that need to happen?

Even before the COVID-19 pandemic, massive inequality – including income disparities, racial injustice and gender discrimination – was already driving an age of anger, characterised by civil unrest and distrust in democracy. Along with the destruction resulting from extreme weather events due to climate change, the risks to economies and societies were already clear. Added to that, we face the choices associated with the best and worst impacts of technology, devoid of a rights base.

The pandemic has highlighted the cracks that were already present in the social contract. Inadequate healthcare provision made the early weeks of the pandemic particularly worrying, with fears that hospitals would be overrun. Similar funding gaps in care for older people and appalling employment arrangements required workers to shuttle between residential facilities, unable to take sick leave when they showed symptoms. Insecure employment and inadequate social protection forced many to keep working while infectious to put food on their families’ plates. The failure to provide adequate personal protective equipment was just the most visible sign of occupational health and safety shortcomings.

For the economy as a whole, the ILO’s dire predictions for hundreds of millions of job losses among the formal labour force were dwarfed by the number of informal sector workers whose livelihoods were wrecked. In each of these areas of systemic failure, it was women whose jobs were most vulnerable and whose health was least protected, with lockdowns forcing many into additional unpaid childcare and some into the trap of violence and abuse.

We need to build back better, including a new social contract for recovery and resilience that provides job protection and a universal labour guarantee whether you’re a full-time employee at Amazon or a precarious Uber driver. Occupational safety and health must become a fundamental right at work, like freedom from slavery or the right to strike. We need adequately funded, quality public healthcare, education and water, as part of universal social protection. And we need to regulate economic power, with the freedom of association and the right to bargain collectively, minimum living wages and mandated due diligence in supply chains for human rights and environmental standards.

Unions and the millions of members we represent can help deliver all these through collective bargaining with employers, social dialogue with governments and engagement in international and multilateral institutions.

What do governments and businesses need to do to work better with unions, and what role can the international community play?

Governments and businesses need to recognise the vital role that unions play in representing working people – not just at elections, or when pay deals are negotiated, but all year round, and in every corner of the economy. They need to respect the fundamental rights and freedoms that unions need to operate, including the freedom of association, the right to bargain collectively and the right to strike. When they make decisions that affect millions – if not hundreds of millions – of people, they need to abide by the slogan of ‘nothing about us, without us’ – and that means working positively with unions.

At the same time, we face a crisis of multilateralism, often driven by nationalist, populist politicians but in part the result of the collapse in public trust for globalisation driven by the rapacious profit-seeking behaviour of global multinational corporations and powerful technology companies.

The world is facing a convergence of crises, yet global institutions established to underpin and reinforce rights, equality, inclusive growth and global stability are at their most fractured. They need to be reinforced and refocused on responding to the needs of people and the planet.

The WHO has proved itself a necessity in the global response to COVID-19, but even so, science must be the basis of managing health risks and ensuring universal access to treatment, without political compromise.

The World Trade Organisation presides over a global model of trade that has failed both people and their environment. And Bretton Woods institutions have strayed far from their mandates by promoting neoliberal structural reform and austerity, the interests of dominant countries and corporate greed. This must change.

The ILO, with its unique tripartite system, is as necessary today as it was when it gave birth to the social contract based on a mandate of social justice. Its constituents need to be as committed to ensuring a global floor of rights and shared prosperity as its founders were 100 years ago in 1919, and as was reaffirmed in the Declaration of Philadelphia in 1944.

Working with our allies in broader civil society, unions want to construct a new social contract founded on those principles. If we can do that, we can create a better economy, a better society and a better world.