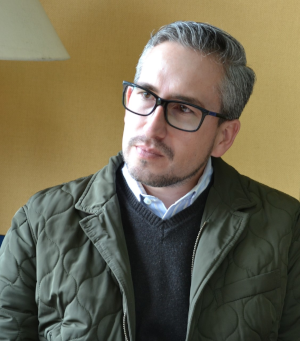 CIVICUS speaks about apparently improving conditions for civil society in Ecuador with Daniel Barragán, Executive Director of the International Centre for Research on the Environment and Territory (CIIAT) at Universidad de Los Hemisferios. Formed in 2015 as an institution linking the university with the community, CIIAT pursues the objective of promoting scientific research and continuous training on issues of environmental management and law, climate change, conservation and land management.

To what extent are the freedoms of association, peaceful assembly and expression guaranteed in Ecuador?

Over the past two years an environment of greater freedom and respect for these rights has become apparent in Ecuador. Change has taken the form of a government policy of openness to dialogue and in reforms of the regulations that apply to civil society organisations (CSOs) and the Organic Communications Law.

Decrees 16 and 739, which used to regulate CSOs, were repealed in late 2017. Decree 193, which replaced them, has not been used as a political tool to restrict rights or limit the ability of CSOs to act. The risk, however, remains latent insofar as the possible causes for CSO dissolution can still be interpreted discretionally and could in the future be applied arbitrarily by the incumbent government.

The Organic Communications Law was amended in December 2018. After the reform was partially vetoed by the president, some changes remained that are aimed at guaranteeing rights and imply a change of the logic of its predecessor: communication is no longer considered a public service but a right, the right to freedom of expression is conceptually broadened, media control is eliminated and self-regulation is promoted, the figure of media lynching – which criminalised the repeated dissemination of information aimed at discrediting or destroying someone’s credibility - is repealed, and administrative sanctions are eliminated, among other things. These points were analysed in a technical report issued by the Office of the Special Rapporteur for Freedom of Expression of the Inter-American Commission on Human Rights that set out its observations on the reform proposal.

Another relevant fact was the recent signing of the Declaration of Chapultepec. This declaration was adopted in 1994 by the Hemispheric Conference on Freedom of Expression, and signed by the government of Ecuador in February 2019, coinciding with the promulgation in the Official Gazette of the reforms to the Organic Communications Law.

On these issues in particular, it is important to emphasise the current political will to make changes in the enabling environment for CSOs and the media. While it has not always been possible to achieve the best possible regulations and the margin of discretion allowed by the current legislation is still a pending issue, the changes point in the right direction.

What is the situation of indigenous and environmental activists and organisations in Ecuador?

Although there are cases in which land rights defenders are criminalised for their work, the situation in Ecuador is different from that of other countries in the region in terms of the level of risk to which environmental and land rights defenders are exposed. In the 2007 to 2017 period, the criminalisation of social protest was the main tool that was used to neutralise and silence activists and environmentalists, and mechanisms remain that do not allow them to carry out their work within a framework of freedom and guarantees for the exercise of their rights. In late 2018, the Ombudsperson's Office spoke out against the attacks suffered by several human rights and environmental defenders in the Pastaza province, including through the misuse of criminal law, harassment, threats, and arson against the home of one of them. Given these facts, the Ombudsperson urged the state to adopt “a comprehensive policy of promotion and protection of human and environmental rights independently from the current system for the protection of victims and witnesses.”

On the other hand, at the regional level we now have the Escazú Agreement, which is the first environmental human rights treaty and the first internationally binding treaty that regulates the protection of environmental defenders. The agreement explicitly recognises a growing problem in Latin America, where about 60 per cent of all murders of environmental and land rights defenders take place, according to Global Witness data for 2017. And it also recognises the role of states in guaranteeing a safe environment and its obligation to protect, prevent and punish attacks against and threats to the rights of human rights defenders in environmental matters.

The present challenge is to achieve progress in the process of signing and ratification of this instrument. To date, the agreement has signatures from 16 states: Antigua and Barbuda, Argentina, Bolivia, Brazil, Costa Rica, the Dominican Republic, Ecuador, Guatemala, Guyana, Haiti, Mexico, Panama, Paraguay, Peru, Saint Lucia and Uruguay.

What significance did the February 2018 constitutional referendum have?

The February 2018 referendum addressed issues as diverse as the fight against corruption, the restructuring of the main official participation body, the Council for Citizen Participation and Social Control (CPCCS), the elimination of indefinite re-election, the protection of children and the non-prescription of sexual crimes, and the prohibition of mining in urban centres and protected areas. It also included two popular consultation questions about the repeal of the Organic Law to Prevent Speculation on the Value of Land and Taxation, also known as the Capital Gains Law, and the re-demarcation of the Yasuní National Park so as to increase the size of its protected area and reduce the area where oil exploitation is allowed.

The referendum resulted in important institutional change, particularly as a result of the reform of the CPCCS, and its implications to date in terms of the evaluation and removal of around 27 officials in supervisory bodies, accompanied by new appointments - some of them temporary and others permanent - to those positions, as has been the case with the Constitutional Court. The CPCCS had been established by the 2008 Constituent Assembly and was conceived of as a ‘fifth power’ in charge of auditing control mechanisms, encouraging citizen participation and fighting against corruption. It also plays a role in appointing officials, which made it a target of major criticism.

On the legality of what has been done on these issues, perspectives diverge; what is certain however is, as far as I can tell, that the workings of the temporary CPCCS enjoy social and citizen support.

What progress has been achieved in terms of the enforcement of democratic freedoms?

From my point of view, today better conditions exist for the exercise of democratic freedoms. Proof of this is the existence of an environment of dialogue, tolerance of divergent opinions and respect for the rule of law.

A clear example of the progress made is the decision for Ecuador to join the Open Government Partnership. This was one of the measures taken not only towards citizen participation but also regarding the fight against corruption. For Ecuador, it is essential to advance towards the creation of a climate of trust based on the transparency of the actions of the authorities and officials, as well as on a logic of citizen co-responsibility in public affairs. At the moment we are making progress towards the design of our first Open Government National Action Plan. Additionally, last week the Consultative Council of Open Government in Quito, the capital city, gave the mayor a city-level action plan to be implemented in 2019. I am participating in both processes and I can attest to the fact that when there is political will, coordinated work among different sectors and actors is possible.

Civic space in Ecuador is rated as ‘narrowed’ by the CIVICUS Monitor.