2. Former heads of CIVICUS reflect on 25 years of citizen action

To celebrate a quarter of a century of organisation, mobilisation and participation, two of our past secretary generals share their lessons learnt for the next 25 years, and their hopes for “reimagining democracy”

“There’s no easy blueprint to this” 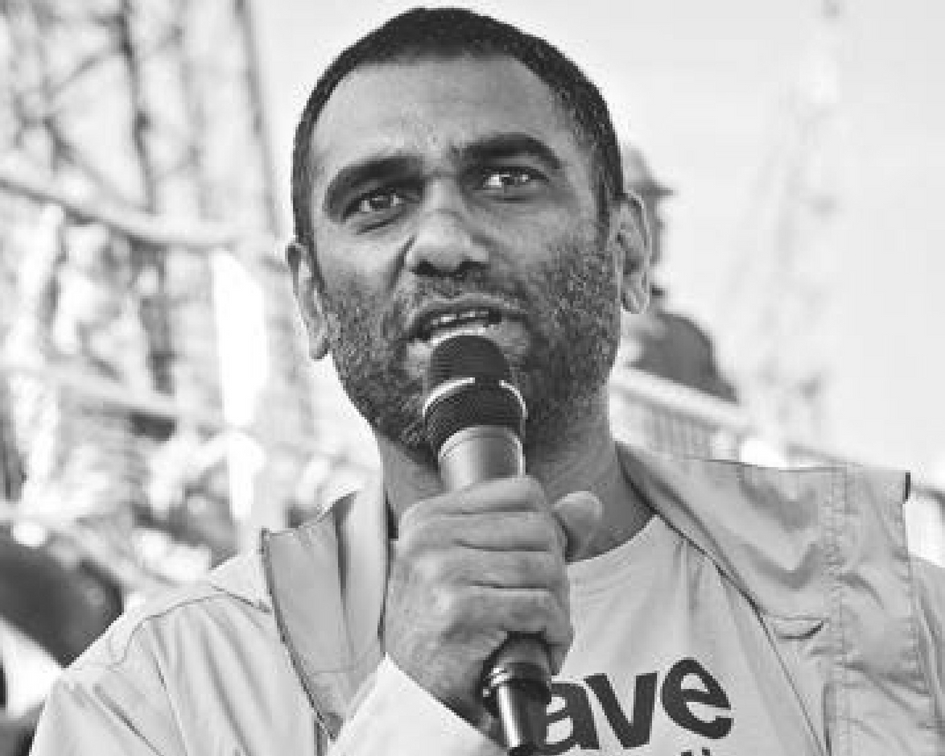 My most special moment at CIVICUS was being outside the prison in Addis Ababa, Ethiopia, when Daniel Bekele and Netsanet Demissie Belay were released after 18 months of imprisonment.  CIVICUS mobilised civil society solidarity around their case, and - with a number of other organisations - did prison visits, attended court and made their cause global. There is a critical need for these interventions and I am glad to see CIVICUS intensifying its efforts to defend citizen organisations when democratic space is shrinking in both established and newer democracies. CIVICUS’ role in encouraging organisations to fight for each other when they are under threat and achievements in defending civic space has been laudable.

CIVICUS has played a useful role in bringing disparate organisations together even when organisations were preferring to work unilaterally. One example is the role CIVICUS played in 2004 in uniting a broad range of organisations in the Global Call to Action Against Poverty. CIVICUS played and plays an effective role in opening up spaces for civil society to engage with government organs from the local to global levels. One lesson I however learnt from my time at CIVICUS is that there is not as much solidarity as we would like to see in the broad universe of organisations working for just social change.  One key question we must ask is whether what we have won is really influence?  I would argue that we have often made the mistake of confusing access to power as influence over power.

There’s no easy blueprint to this. There’s no handbook. If we look at the last ten years and some of the really inspirational, seismic civil society activity, citizen-led transformations, whether it’s the Arab resistance against authoritarian rule that started in Tunisia and spread across North Africa, the “Occupy” movement, or the #feesmustfall movement in South Africa, how much has formal organised civil society been the engine behind these movements? Not a lot. I’m not saying that it was completely not there, but it was driven by a completely different logic.

One challenge is we are not sufficiently honest about our limitations. That prevents us from having robust conversation. For example, international non-governmental organisations (NGOs) refer to the organisations that they fund in the Global South as partners. There’s a problem with that because if you take the word partners – for instance love partners - it only works where there’s a certain level of equality and compatibility, especially equality. The power differentials that exist between international NGOs when they try to work in the Global South and the so-called partners there is huge.

Another obstacle is we talk in a language that is not of the ordinary people. In consultations I’ve been involved in across Africa we’ve always found that if you go out and ask ordinary people in the street what is civil society they don’t have a clue. We need to be honest and recognise the elitism in the language that we use sometimes when we’re trying to organise people. We have to get people to understand what is at stake here: for instance the struggle to avert catastrophic irreversible climate change is a struggle to protect our children and our children’s future. When we use those words with children and grandchildren, we are opening the conversation up to thousands of millions more people. They feel ‘I’m a parent, I’m a grandparent, this is about me’.

Dr Kumi Naidoo is a South African human rights activist. He was secretary general of CIVICUS from 1998 to 2008. Dr Naidoo is a former executive director of Greenpeace International and is founding director of Africans Rising. He will become Amnesty International Secretary General in August 2018.

“We must transcend the filter bubbles of class, ideology, race, religion and gender” 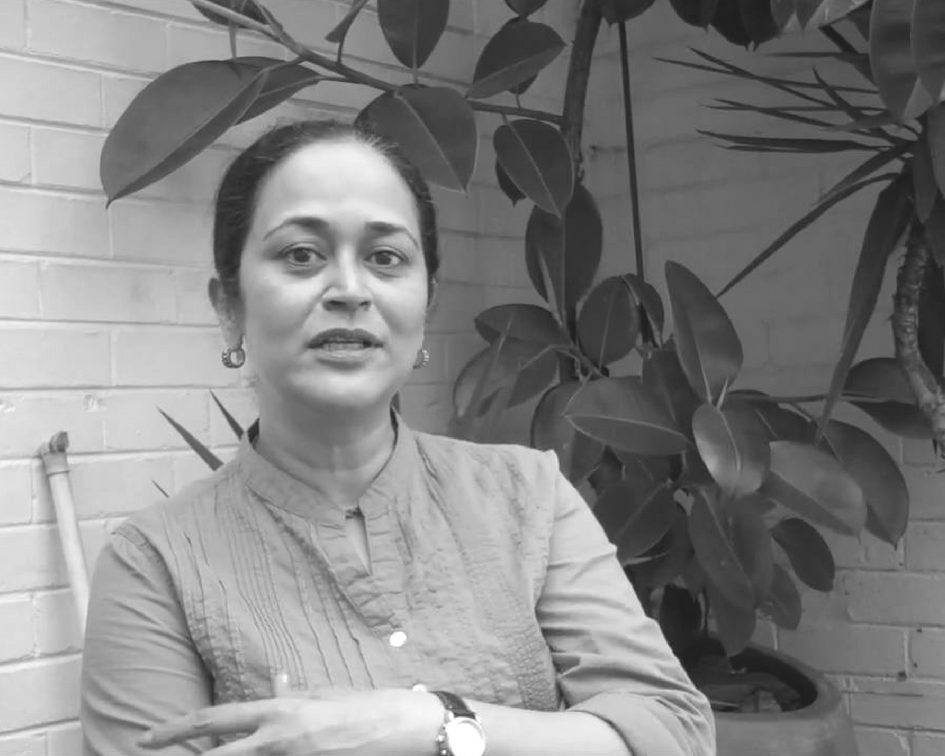 I took on the role of secretary general at CIVICUS three months before the global financial crisis broke. I believe civil society responded to it with a degree of complacency for which we are now paying the price. It seemed to many at the time that the pitfalls of the neo-liberal model of untrammeled capitalism were self-evident to all and sweeping change was now inevitable.

Sadly, a decade later, the outcomes are the direct opposite. Populist autocrats with scant regard for democratic freedoms and undisguised hostility to civil society have been ‘democratically’ voted into power in many countries around the world. Meanwhile rather than addressing the causes of the crisis, financialisation of economies, consolidation of banks, dismantling of regulations and inequality have all grown sharply. What moral authority established democracies may have enjoyed a decade ago has been eliminated. Crises of governance confront countries in the Global North and South. In South America in particular, optimism has rapidly vanished leaving chaos and despair in its wake in several countries of the region.

CIVICUS took the lead in highlighting the threats to civil society space that were already evident in 2008. From Canada to Denmark to Hungary, many ignored our warnings, believing they were immune to the threats, only to see their rights and freedoms constrained as right-wing governments took office. Getting civil society around the world to recognise the problem and start to respond was an uphill struggle but did eventually yield results as the crisis grew ever harder to ignore.

The Lifeline Embattled CSO Assistance Fund, a partnership between CIVICUS and a range of civil society partners and governments, enables advocacy and emergency responses to respond to threats against CSOs. providing some relief to activists and their organisations under threat. CIVICUS’ leadership as Zimbabwe sank into chaos was another highlight as was its role in the Right2Know campaign in South Africa, and the Climate Conferences (COPs) in Durban, South Africa, and Rio de Janeiro, Brazil. Breakthroughs on development assistance at Busan where a commitment to enabling environment for civil society was made and in the UN’s Development Cooperation Forum where we advanced the notion of robust civil society participation (DCF) were also noteworthy.

Citizens around the world, in the North and the South, are disillusioned with the way democracy has served them. In response they are mobilising spontaneously and independently against the loss of their rights and freedoms. Two key issues civil society needs to address to win back the confidence of citizens are:

A. Breaking the stranglehold of private elites - business, military, religious and now new technologies - on politics to return democratic accountability to citizens.

C. Proposing alternate economic and political models that recognise and respect the anxieties of ordinary citizens across ideological boundaries.

CIVICUS should incubate, connect and amplify emerging solutions to the issues listed above. It must transcend the filter bubbles of class, ideology, race, religion and gender that divide and polarise civil society to facilitate safe spaces for dialogue based on mutual respect.

Ingrid Srinath was secretary general of CIVICUS from 2008 until 2012. She is currently director of the Centre for Social Impact and Philanthropy at Ashoka University in India.

This article is part of a series to celebrate CIVICUS 25th anniversary, and provide perspectives and insights on citizen action around the world.