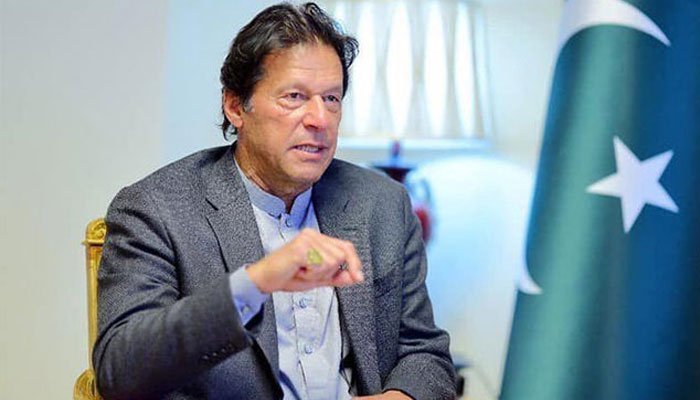 Three years after Imran Khan took office as Pakistan’s Prime Minister in August 2018, global civil society alliance CIVICUS has documented an ongoing assault on civic freedoms. Human rights defenders and critics have been harassed, criminalised and forcibly disappeared. There have been ongoing efforts to censor the media and to target journalists, and the crackdown on the Pashtun movement including enforced disappearances of activists has persisted. The culture of impunity in the country has meant that perpetrators of these abuses have not been held accountable.

As a current member of the Human Rights Council, Pakistan has a duty to uphold the highest human rights standards. However, the documented violations are inconsistent with Pakistan’s international obligations to respect and protect civil society’s fundamental rights to the freedoms of association, peaceful assembly and expression, including those under the International Covenant on Civil and Political Rights (ICCPR). These fundamental freedoms are also guaranteed in Pakistan’s Constitution.

The Pakistani authorities have harassed, and at times, prosecuted activists for criticising government policies. Among those targeted since Imran Khan came to power include human rights defender Idris Khattak who was forcibly disappeared from Khyber Pakhtunkhwa province in November 2019 for seven months. Nearly seven months later, in June 2020, the Ministry of Defence finally admitted that human rights defender Khattak was being held in state custody. He is now facing prosecution in a military court. Women human rights defender Gulalai Ismail was forced to leave the country in September 2019. She and both her parents, activist Professor Mohammed Ismail and his wife Uzlifat Ismail, have been facing harassment for the last two years and are also facing trumped up terrorism charges.

The UN Committee on the Elimination of Discrimination Against Women has raised concerns that women human rights defenders are frequently subjected to reprisals, harassment and threats. One stark example of this has been the response to the ‘Aurat March’, a march held yearly in towns and cities across Pakistan to mark International Women’s Day and for women to reclaim their space, speak up for their rights and demand justice. Women rights activists involved in the march have routinely been subjected to intimidation and threats. The Imran Khan administration has systematically failed to speak out or take action against the perpetrators. On the contrary, in March 2021, a court in Peshawar ordered the registration of a first information report (FIR) against the organisers of the march in Islamabad.

NGOs shut down or expelled

The government has shut down numerous civil society organizations over the last three years under the guise of combating terrorism, money laundering or for promotion of an ‘anti-state’ agenda. In December 2018, not long after the Prime Minister assumed power, Pakistan expelled 18 international NGOs from the country when their renewal of registration was rejected arbitrarily without reason. Local NGOs have had their funds frozen. The procedures for NGOs to obtain foreign funding lacks transparency, remains cumbersome and applied in a discriminatory manner.

Press freedom in Pakistan has also continued to deteriorate under Imran Khan’s leadership. The military has set restrictions on reporting, including barring access to regions, encouraging self-censorship through direct and indirect methods of intimidation against both reporters and editors, and even allegedly instigating violence against reporters.

In 2019, several journalists were placed on a “watch list” by the Pakistan Federal Investigation Agency’s (FIA) Cybercrime Wing over criticism of Saudi Crown Prince Mohammed Bin Salman during his visit to Pakistan. In October 2019, the head of the Committee to Protect Journalists' (CPJ) Asia programme, Steven Butler, was denied entry into Pakistan and deported because his name was on a “stop list of the Interior Ministry”. In 2020, government officials and supporters mobilised a cyber-harassment campaign against women journalists and commentators whose views and reporting have been critical of the government and more specifically its handling of the coronavirus pandemic.

Journalists have been criminalized and even abducted. Rizwan Razi was arrested in February 2019 in Lahore over a series of social media posts allegedly critical of the judiciary, government and intelligence services. In July 2020, Matiullah Jan was abducted by unidentified armed men from a busy street in Islamabad and released 12 hours later. Jan is known for his criticism of the country’s powerful institutions, including its military, and has been labelled “anti-state”. In May 2021, journalist Asad Ali Toor was assaulted by three unidentified men, believed to be agents of Pakistan’s Inter-Services Intelligence (ISI) agency who forcibly entered his apartment in Islamabad. They interrogated, gagged and beat him.

Crackdown on the PTM movement

There has been a systematic crackdown against the Pashtun Tahafuz Movement (PTM). The PTM have mobilised nationwide against human rights violations against Pashtun people. They have demanded the establishment of a truth and reconciliation commission to examine human rights violations committed by the state and non-state actors in Pashtun areas, including enforced disappearances allegedly perpetrated by the Pakistan army, and extrajudicial killings. Protesters also continue to call for equal rights for Pashtun people, as guaranteed by the constitution, and the restoration of peace in Pashtun areas and the region in general.

Instead of addressing these concerns, the Imran Khan administration has arbitrarily arrested, detained and prosecuted on spurious charges scores of PTM activists since the beginning of the protests. These activists have been accused of sedition and other crimes under Pakistan’s Penal Code, and of terrorism charges.

Some PTM activists have been killed. In February 2019, PTM leader Arman Loni died in police custody Loralai in Baluchistan. He had suffered blows to the head and neck when police officers physically assaulted him with rifle butts. Arman’s death was not registered by the police for another two months. In May 2020, Arif Wazir, a PTM leader, died in Islamabad following an attack by unidentified assailants outside his home in Wana, South Waziristan. He had been detained and charged for his activism, and had previously been considered ‘anti-national’ by authorities. No one has been brought to justice for these killings.

Authorities have attempted to suppress the PTM by silencing media coverage of the movement. In December 2018, internet service providers blocked the website of Voice of America's (VOA) Urdu language service. An article by Manzoor Pashteen published in the New York Times in February 2019 was censored by its local publisher. Journalists covering protests have been targeted in a similar manner to participants.

Enforced disappearances targeting human rights defenders, political activists, students, journalists and others have continued relentlessly under the Imran Khan administration. The UN Working Group on Enforced or Involuntary Disappearance has received 1144 cases of allegations of enforced disappearances from Pakistan between 1980 and 2019 with more than 731 cases pending at the end of 2019. According to human rights groups, in some instances, people are openly taken into custody by the police or intelligence agencies, and often authorities deny information to families about where their loved ones are being held. Many of those forcibly disappeared have been subjected to torture and death during detention.

The government had committed to criminalising enforced disappearances when it came to power in 2018. However, the bill to do so languished at the draft stage for more than two years before it was finally introduced to the National Assembly in June 2021.

After three years in power, the current administration continues to fall far short of its human rights obligations.

We urge the government of Pakistan to undertake the following as a matter of urgency:

• Take steps to ensure that all human rights defenders in Pakistan are able to carry out their legitimate activities without any hindrance and fear of reprisals in all circumstances and conform to the provisions of the UN Declaration on Human Rights Defenders.
• Drop all charges against human rights defender Idris Khattak and release him immediate and unconditionally. End all acts of harassment - including at the judicial level and restrictions on freedom of movement - against Muhammad Ismail, his wife Uzlifat Ismail and Gulalai Ismail.
• Take measures to foster a safe and enabling environment for civil society, including by removing legal and policy measures that unwarrantedly limit the freedom of association. This includes removing all undue restrictions on the ability of CSOs to receive international and domestic funding, in line with international law and standards; refrain from acts leading to the closure of CSOs or the suspension of their peaceful activities and consult meaningfully with civil society in any review of these laws and regulations.
• Ensure freedom of expression and media freedom, both online and offline, by bringing all national legislation into line with international law and standards and ensuring that journalists are able to work freely and without fear of retribution for expressing critical opinions or covering topics that the government may find sensitive. Any forms of harassment and attacks against journalists must be promptly and impartially investigated immediately and perpetrators brought to justice;
• Put an end the harassment, stigmatisation, intimidation, unlawful surveillance, travel restrictions and arrest of peaceful PTM activists and ensure that they can freely express their opinions and dissent without fear of reprisals. Conduct a swift, thorough, independent and impartial investigation into the killing of PTM leaders and activists Arman Loni and Arif Wazir, and ensure that those responsible for his death are brought to justice;
• Ensure efforts to criminalise enforced disappearance as an autonomous crime move swiftly and that the law in in line with international law and standards. The government must also ensure that all allegations of such acts are thoroughly investigated and those responsible brought to justice.

The CIVICUS Monitor, an online platform that tracks threats to civil society in countries across the globe, rates civic space – the space for civil society – in Pakistan as Repressed.