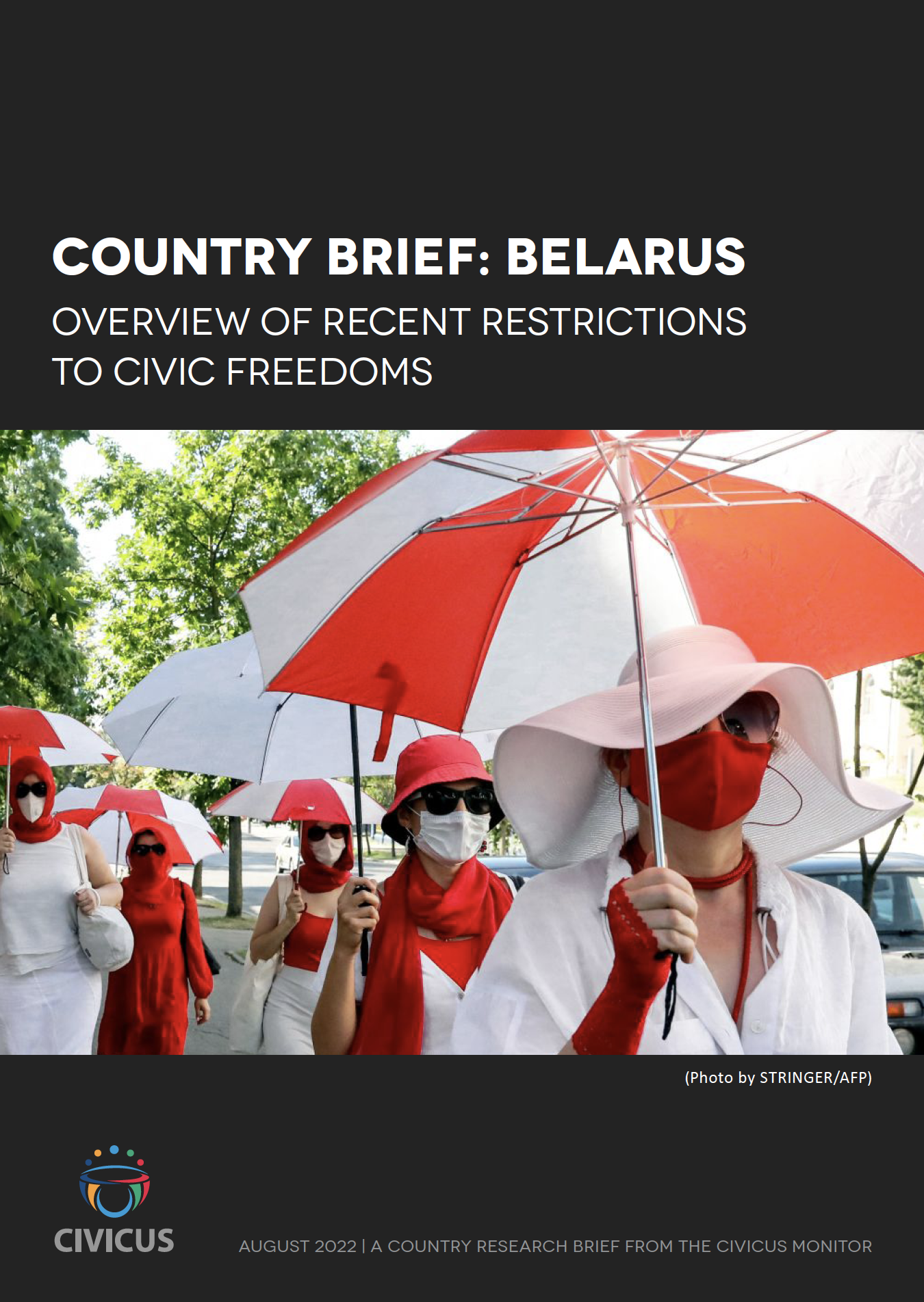 CIVICUS has produced a new research brief on the state of civic freedoms in Belarus. The repression of Belarusian civil society that followed disputed presidential elections in August 2020 continues relentlessly. Over the past year, the authorities have continued to charge and imprison thousands of protesters, designate civil society as ‘extremist’, disband civil society organisations (CSOs) and media outlets and amend laws to allow prosecution of activists who are outside Belarus.

Over the last year, the authorities in Belarus have used a range of tactics to intimidate and criminalise the work of civil society. As has been documented in several CIVICUS Monitor updates, the categorisation of civil society personnel and groups as 'extremist', in a bid to invalidate and criminalise their work, has become an increasingly common practice. Activists, journalists and independent media have been targeted with this classification, which subjects them to prosecution and being banned.

The process of liquidating CSOs has continued over the past year in Belarus. As government authorities continue to accuse CSOs of extremist actions, as discussed above, they have leveraged legislative changes to issue liquidation orders. By May 2022, the number of liquidated CSOs reached 765. Of these, 448 were forcibly liquidated by the authorities and 317 decided to self-liquidate.

Amendments to domestic law have been made over the last two years by the authorities in order to create new offences that criminalise civil society and its work. In May 2022, an amendment to the Criminal Code was tabled in parliament, which if passed will make it possible to prosecute people outside the country’s national borders.

Statement at the 49th Session of the UN Human Rights Council Interactive Dialogue on the OHCHR report on...