Ravi Nitesh of the Save Sharmila Solidarity Campaign (SSSC) speaks to CIVICUS about the vicious cycle of judicial harassment Manipuri activist Irom Sharmila faces merely due to her peaceful resistance to India’s draconian Armed Forces Special Powers Act of 1958, (AFSPA).

1. Can you tell us what AFSPA is, and how it has affected civic freedoms in India?
AFSPA is a special law passed by the Indian Parliament in 1958. It provides extraordinary powers to the armed forces in 'disturbed areas'. Currently, AFSPA is predominantly exercised in Jammu and Kashmir but is imposed in all 8 states of northeastern India except Sikkim. 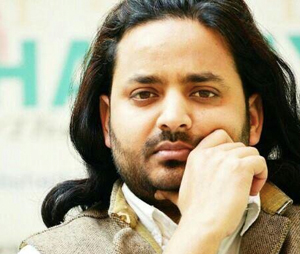 AFSPA has not only negatively affected civic freedoms, but has also resulted in large scale, grave human rights violations, and has been detrimental to democracy in North East India. Of critical concern are the overly broad and extraordinary powers granted to security officials through AFSPA including the right to kill on mere suspicion of a disturbance of “public order”. Moreover, AFSPA grants impunity to armed forces as no charges can be brought against any security personal without the approval of the central government.

Over the past years, human rights organisations have documented incidents of murder, rape, looting, custodial killings and enforced disappearances by India’s security forces involved in counter-insurgency operations. Unfortunately, our understanding is that the judicial system as well as the security apparatus of the state is very well aware of the violations committed under AFSPA, but fail to undertake the necessary measures to address ongoing violations. The lack of accountability with the use of excessive force under AFSPA by security forces remains a glaring problem.

AFSPA is spreading a culture of fear and intimidation in North-East India, and its psychological affects on the local community are injurious. The presence of AFSPA is a major obstacle to expressing dissent, as a lot of human rights defenders are afraid of losing their life if they are engaged in any kind of advocacy calling for the repeal of the law.

2. How has Irom Sharmila been resisting AFSPA? Are there other civic initiatives in India engaged in advocacy calling for the repeal of AFSPA?

In Malom (Imphal district of Manipur) at least 10 people were killed in 2000 by the Assam Rifles, a security force while they were waiting at a bus stand. The incident has been named as the Malom Massacre. Irom Sharmila, who at the time was 28 years old, decided to raise awareness and call for the repeal of the law through her hunger strike. She has been carrying on for the past 15 years now. Her protest became a symbol and rallying cry for Indians to demand dignified treatment from their own state. Irom’s legitimate human rights advocacy was also widely recognized around the world, when she was named the Iron Lady of Manipur, or Iron Irom. She is now an emblematic figure of non violent struggle in India as a means to address gross human rights violations.

Without doubt AFSPA is a pressing human rights concern in India.  There are numerous national and international human rights organisations putting pressure on the Indian government to call for the repeal of AFSPA. India’s diversity, including the diversity of its human rights problems, prevent AFSPA from becoming a central issue in the overall struggle, given the regional prevalence of the draconian law. This is why SSSC aims to attract more visibility to the human rights advocacy addressing  AFSPA, and ensure that it is recognized as a key human rights issue also in mainland India where AFSPA is not currently imposed.

SSSC and other groups working on AFSPA observed that around 1500 individuals were murdered by security officials due to powers granted to them through the repressive law, and their cases were brought before the Supreme Court of India.  In the case of Manorama, who was allegedly raped and murdered by the Assam Rifles in 2004, the Manipur Court decided to provide compensation in December 2014.  Therefore, local groups monitoring violations committed under AFSPA utilise court procedures constantly to provide legal remedies.

Human rights groups have also played a pivotal role in providing support to the families and friends of victims murdered by the Assam Rifles. There have been unprecedented efforts of local civil society groups to monitor violations committed under AFSPA and bring them before the national courts.

3. Irom Sharmila has been calling for the repeal of AFSPA for the past 14 years and has been facing a vicious cycle of judicial persecution for her peaceful human rights advocacy. How does Save Sharmila Solidarity Campaign address her case?

It is blatantly unfair that despite her peaceful resistance Irom has been judicially harassed based on Article 309 of the Indian Penal Code for “attempted suicide”. Each time Irom is brought before the court, she states that she loves her life, has no intention of ending it, but rather her peaceful resistance is a manifestation of her legitimate demands. Although the District and Sessions Judge of Imphal East has decided numerous times that there is not substantial evidence indicating a desire to commit suicide, local authorities continue to subject her to a vicious cycle of judicial harassment. In the past 15 years Irom has been continuously arrested based on trumped up charges. When Irom is arrested, she is kept in the security ward of Jawaharlal Nehru Hospital, Imphal, the capital of Manipur state.

SSSC uses various channels to make sure that Irom’s case receives enough exposure and activists put concerted pressure on the Indian government. Unfortunately, Indians living in areas where AFSPA is not imposed are not very aware of Irom’s ongoing struggle.

To provide more visibility to her struggle, SSSC has organised numerous public events, documentary screenings, panel discussions, demonstrations and petition campaigns. When SSSC was launched in 2011, it was still very difficult to have an open and frank discussion on AFSPA as challenging the military’s authority would still lead to stigmatization of activists. Given the circumstances, SSSC tried to convince the general public regarding the rightfulness of Irom’s advocacy through emphasising the humane side of her peaceful struggle. SSSC tried to highlight how the presence of AFSPA is a major obstacle to the democratization of India.

Since its establishment in 2011, SSSC organized activities almost in all states of India with the intent of publicizing the peaceful struggle of Irom and calling for the repeal of AFSPA.

4. Justice Jeevan Reddy Committee, a committee founded in 2004 by the government of India to review AFSPA, recommended that the law should be amended as it institutionalises abuse, repression and discrimination. Why are the Indian authorities still not revising the law?

Justice Jeevan Reddy Committee has submitted a report to the Indian government advising that AFSPA should be revised because it institutionalises abuse and human rights violations. However, the public was made aware of the report not through transparent and accountable government procedures, but rather through a newspaper leak. At its current stage, the government has not accepted any recommendations concerning the repeal of AFSPA. Major political parties such as the Bharatiya Janata Party (BJP) also have acknowledged that AFSPA should be repealed due to its undemocratic nature.

In AFSPA imposed areas, security forces enjoy unquestionable full power. The army is still a very powerful political entity in India, and they certainly resist any legal change that will make them become accountable to human rights violations.

A major problem in having a widespread reaction against AFSPA across India is the fact that, the problems of the North East are still not widely known by many who live in mainland India. Both the Indian education system and the mainstream media has a nationalistic tendency, which prevent people from being exposed to information that will help them become critical of the state or of the army.

4. How can international civil society help call for Irom Sharmila’s unconditional release and an end to the judicial harassment she has been facing for the past 14 years?

International civil society must continue to put pressure on the Indian government to call for the immediate and unconditional release of Irom and also the repeal of AFSPA. Public demonstrations must be organized outside India as well to make sure that Irom’s case is realised as a landmark human rights struggle. International civil society should put pressure on the Government of India through petitioning Indian embassies and making sure that national parliaments prioritise the repeal of AFSPA in all bilateral relations with India.