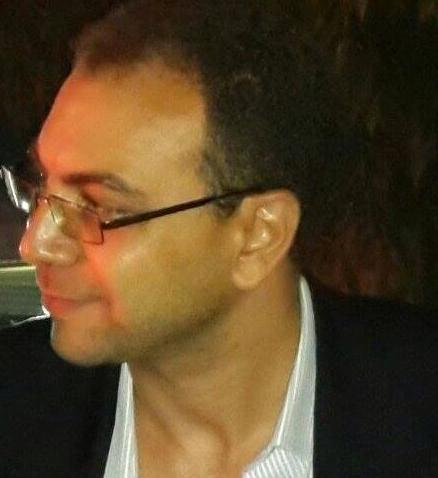 Mohamed Lofty of the Egyptian Commission for Rights and Freedoms (ECRF) speaks to CIVICUS about the travel ban imposed on him on 2nd of June 2015 while he was travelling to Germany to conduct a series of advocacy visits parallel to President Al-Sisi’s visit. He highlights the challenges of being a human rights defender in Egypt’s repressed political environment.

Can you please tell us what happened on 2nd of June while you were travelling to Germany? What was the purpose of your trip?
On 2nd of June 2015, the police at the Cairo International Airport stopped me at passport control for 3 hours. I was presented to an officer in plain clothes whom I believe works for the National Security. During our interaction, he informed me that I won’t be able to board my flight due to “security reasons.”  As I was in shock, I told the police officer that this is the first time I am experiencing such an incident. The response I got from the police officer was “God willing, this will be the last time.”

When I tried to figure out if I was actually on the travel ban list, the officer told me I will get more information in due time. I was also informed that I will receive an explanation later when the officers return my passport. The man in plain clothes also did not provide me any information about which government office he works for. When I raised this question with the police officer I merely received the response,  “you will know in due time.” The officer asked me about my phone number, my home address which I provided to him. I was also inquired about my dual (Swiss) nationality.

During our interaction with the man in plain clothes I was not asked any questions about the purpose of my trip to Germany. I still don’t have my Egyptian passport which has been confiscated.  I am hoping to get my passport back through my lawyer.

My de facto travel ban is points out to the fact that only those who support the Al-Sisi’ government were allowed to travel to Germany during his visit. Unfortunately, what happened to me today is nothing compared to the grave violations so many human rights defenders and civilians face everyday in Egypt.

Can you please tell us the current state of Egyptian civil society and human rights defenders?

It is true that systematic attacks against civil society in Egypt have escalated since the military takeover in July 2013. Although my travel ban is symptomatic of the repressive attitude of Egyptian authorities, there are many other examples. The arbitrary detention of Hassan  Mubarak who is the owner of a printing shop that publishes works of civil society organizations, and the arrest of several members of April 6 Youth Movement illustrate anyone expressing dissent is prone to unlawful attacks from the government. In addition, the Egyptian state are continuing to clampdown on our sources of funding for human rights organizations, which jeopardizes their ability to respond the increasing repression against all opponents and activists.

How can national and international NGOs help ECRF and other human rights organizations targeted for their legitimate work?

____________
About ECFR
The Egyptian Commission for Rights and Freedoms (ECRF) is a membership based human rights organization, headquartered in Cairo with regional offices in Alexandria and Dakahlia and members in 12 governorates across Egypt. ECRF was founded in September 2013 to promote human rights and empower local human rights defenders across Egypt. ECRF believes that every citizen is capable of defending human rights in their local communities. ECRF aims to boost collective and local activism through research, advocacy, media awareness and strategic litigation, and works to foster civil and political liberties, economic and social rights, academic freedoms and rights of refugees. Follow them on Twitter @ECRF_ORG