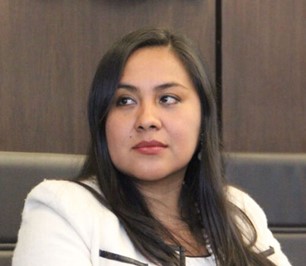 CIVICUS speaks about the political crisis in Peru with Nadia Ramos, CEO of the Women’s Leadership Centre of the Americas and official spokesperson for the Hemispheric Network Somos Lideresas, two organisations that promote women’s leadership and empowerment in Peru and Latin America.

How did the power struggle that led to the departure of President Castillo come about?

Former president Pedro Castillo was elected democratically by popular vote, but even before he took office he was constantly harassed by groups that argued his electoral victory was the result of fraud and therefore did not recognise him as the legitimate president. These groups filed unsubstantiated complaints with international bodies in an attempt to prevent him being sworn in.

These two powers are constantly measuring their strength, and during the Castillo government institutional clashes were felt even more acutely. Add to this the fact that we have weak political parties and the result is an unstable political situation, something to which we Peruvians are very accustomed.

During his government, Castillo was harassed by Congress, on top of which a serious accusation of corruption was filed against him by the Public Prosecutor. He was also attacked by the traditional press, which for months on end was unable to obtain an interview with the president. Castillo never gave any explanation about anything: he kept absolute silence and only gave one-minute messages to the nation to explain specific government decisions.

Despite not having a majority in Congress, Castillo avoided being impeached by Congress on several occasions. As it later became known, he did so by discreetly seeking support from key congressional groups. But while his predecessors typically had between six months to a year in which they were able to govern, Castillo never got any respite. Faced with harassment and persecution, he finally turned to the Organisation of American States (OAS) to request the activation of its Democratic Charter, an instrument designed to protect democracy when under threat, arguing he was the victim of a plot to remove him from power. The OAS responded by sending a High-Level Commission to Peru to analyse the political situation and confirm whether a plot was brewing against him, putting democracy at risk.

Democracy in Peru is very precarious, and this was a precarious government that sought to survive from day to day. It was practically impossible for it to make it to the end of its term on 28 July 2026.

What happened on 7 December?

Castillo had been consistently harassed by Congress, which constantly presented motions of vacancy, although it did not have enough votes to remove him from office. In the meantime, Castillo kept quiet and focused on gaining the support he needed to survive in office. Until 7 December, that is, when the political scenario changed when Castillo made a mistake.

On that day, the president unexpectedly broke Peru’s constitutional order and committed political suicide. In a message to the nation, he ordered the establishment of a ‘Government of Exception’, dissolved Congress and called for elections for a Constituent Congress charged with drafting a new constitution. He declared a 48-hour curfew and announced the reorganisation of the judiciary, among other measures.

But Castillo did not count on the fact that his ministers would resign en bloc and the armed forces would turn their backs on him and issue a communiqué stating that they did not owe obedience to a usurper government. In response to his message to the nation, the full Congress called on all political caucuses to hold an extraordinary session in which it approved a motion of presidential vacancy for moral incapacity with 101 votes in favour – far more than the required 87 – and four against, in the absence of several legislators sympathetic to the government.

Castillo was detained and a week later a judge put him under 18 months of preventive detention while he started to be investigated for rebellion, organised crime and corruption, crimes for which he could spend several decades in prison if convicted.

How was the institutional crisis resolved?

In recent years we have seen a succession of six presidents and experienced several situations of profound instability. This particular political crisis was resolved within a few hours, as Congress immediately vacated the president and called on the vice-president, Dina Boluarte, to take office as Peru’s first female president.

However, the public expected Boluarte to resign, for Congress to elect a new Presiding Board – the body in charge of the administrative management of Congress – and for the president of Congress to assume the national presidency in order to call for new general elections. When Boluarte decided to remain at the helm, a wave of protests demanding her resignation broke out across the country. In the crackdown on the protests, 28 people were killed, including four minors. This led to the resignation of two ministers and the reshuffling of the first cabinet of the Boluarte government.

Congress then approved in first reading a call for general elections to be held in April 2024. A second vote is now due to take place during the next ordinary session. We hope that electoral and political reforms will continue to ensure that the right people can reach Congress and the presidential office.

What position has Peruvian civil society taken, and what kind of international support does it need?

Peruvian civil society is carrying out peaceful protests and repression has been constant over recent weeks. Political and social instability has already cost dozens of lives, so we expect strong messages of condemnation from the international community, the continuity of investigations by the Inter-American Commission on Human Rights, and for international human rights networks to be our voice so that the crimes committed against Peruvian people do not go unpunished.

We seek and demand justice and reparation for the families of the victims. We also demand the prosecution of all those responsible – from those who gave the orders and perpetrated the massacres, to those involved in planting false evidence against leaders of social and civil organisations to falsely accuse them of terrorism.

Civic space in Peru is rated ‘obstructed’ by the CIVICUS Monitor.