MALTA: ‘People should be able to access abortions locally without the risk of criminalisation or stigmatisation’ 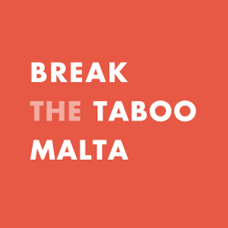 CIVICUS speaks about the struggle for abortion rights and the anti-rights backlash in Malta with Break the Taboo Malta.

Break the Taboo Malta is a storytelling platform that documents abortion experiences to highlight the lived reality and address abortion stigma in Malta.

What is the situation of sexual and reproductive rights in Malta?

Malta has a total ban on abortion. Anyone found guilty of having an abortion or helping someone get one risks up to three years in prison, with penalties harsher for healthcare providers.

Despite this, of course people continue having abortions. People will continue having abortions whether it is legal or not. In fact, estimates suggest that every year around 500 Maltese residents are having abortions in one form or another, but mainly by means of abortion pills ordered online and by travelling to countries where abortion is accessible. But the need to travel abroad to get basic healthcare is inhumane and discriminates against those who, due to lack of financial means and other barriers, are unable to do so.

Since 2019 there has been an organisation, Abortion Support Network, that provides financial assistance and other practical help for people to access abortions. And since 2020, Family Planning Advisory Services Malta, a local volunteer-run service, has provided information on reproductive health and options available to Maltese residents.

Beyond abortion, the situation is dire in other areas as well. Sex education in schools is lacking, an update to the sexual health policy is long overdue, pharmacies and pharmacists are allowed to claim conscientious objection when dispensing emergency contraception and some pharmacies simply do not stock the medication, and contraception is not provided for free by the state, although this should be in place in 2023.

It should be noted that during the COVID-19 pandemic, when there were restrictions on travel and delays with the postal system, the Maltese government made sure to stock up on medicines to prevent shortages. However, it did not stock up on oral contraceptive pills, because they were not listed as essential medication.

What triggered the process to review Malta’s restrictive abortion laws?

In late June 2022 the government announced plans to review Malta’s abortion laws, motivated by the case of Andrea Prudente, a pregnant US woman who suffered an incomplete miscarriage while on holiday in Malta and had to be airlifted out of Malta to receive life-saving abortion care on the Spanish island of Mallorca. This was all over the international news.

Following this, a group of medical doctors filed a judicial protest calling for amendments in abortion laws, arguing that these have a direct negative effect on their ability to perform their work as healthcare providers. Earlier that month, 188 Maltese women had filed another judicial protest calling for the end of the criminalisation of abortion, which they argued was a breach of their human rights. Additionally, Andrea Prudente is now suing the Maltese government on the grounds that Malta’s abortion ban placed her life at risk and subjected her to inhumane and degrading treatment.

In late November 2022, parliament started discussing Bill 28, which if passed would introduce an exception to the ban, allowing abortion when the pregnant person’s life or health is in grave danger. It is the absolute bare minimum that the state can do in this regard, very far from abortion rights activists’ aspirations.

How have anti-rights groups reacted to this?

Despite it being a very modest change, the Nationalist Party, which is Malta’s main opposition party, the Catholic Church and various anti-abortion groups have expressed vocal opposition to the amendment. They held protests when the bill started being debated in parliament. It is quite clear that a lot of money and influence were used to rally the crowds and sensationalise the topic. The leader of the opposition even ridiculed Andrea Prudente and insinuated that she came to Malta in an orchestrated attempt to ‘introduce abortion’ in the country.

They were not however, the only ones who mobilised: there were several events held by the pro-choice movement in recent months, such as the March and Rally for Choice, which marked International Safe Abortion Day in late September.

We hope that the anti-abortion protests will not have an impact. Hopefully, the government and members of parliament will ignore them and do the right thing, which is to pass Bill 28 without modifications, that is, without trying to water it down by introducing a distinction between mental and physical health or limiting the exception to cases where an abortion is needed to save a woman’s life, ignoring the pregnancy’s impacts on health. In 2022, we should not be debating the worth of a woman’s life and health anymore. A woman’s right to life and health should never be up for debate, whether she is pregnant or not.

How is Break the Taboo Malta working towards change?

Break the Taboo Malta is an initiative to address abortion stigma by sharing personal abortion stories and related experiences. It is a platform where women tell their stories, often for the first time. Because abortion is still highly stigmatised in Malta, we keep their identities confidential unless they specify otherwise, so they can feel safe to speak up and our readers can have access to a wide variety of experiences. When reading each other’s stories, women realise they are not alone.

We try to shed light on Malta’s abortion reality. Our website contains a growing collection of real abortion experiences. We want people to gain insight into the various circumstances and situations surrounding abortion. We want people to understand that only the person who has an abortion knows what is best for her and her life at that particular time. We want to dispel abortion myths and show it as a normal, quite ordinary part of life. We hope the dissemination of these lived experiences will help break the taboo and end the stigma.

We also hope to change the language that is used to talk about abortion. We have already seen a shift, with non-stigmatising language and visuals more and more often used in the media. We share a handy guide that explains why it is important to use correct and non-stigmatising terminology. For example, saying ‘pregnant woman’ or ’pregnant person’ rather than ‘mother’, ‘foetus’ rather than ‘unborn child’, and ‘anti-abortion’ rather than ‘pro-life’.

We currently continue to publish personal abortion stories on our website and share them on social media, particularly on Facebook. We also counter disinformation, which has greatly increased during the parliamentary debate, as there has been a lot of abortion talk not only in parliament but also in the media, on social media and in the streets. For instance, recently on a radio show, a psychiatrist falsely claimed that having an abortion leads to negative mental health impacts. To counter this kind of disinformation with facts, we created a Facebook post with quotes extracted from the stories shared with us that mention feelings of relief rather than regret associated with having had an abortion.

What’s next in the struggle for sexual and reproductive rights in Malta?

Sexual and reproductive rights must be radically expanded. So once this bill passes, and we expect it will, work must continue to achieve the complete decriminalisation of abortion for all people in Malta and to ensure all people are able to access abortions locally without risking criminalisation or stigmatisation.

It would be helpful if the dismal state of Malta’s reproductive rights, or rather their complete lack of recognition, is highlighted internationally. Being a small country with a population of only half a million, Malta is often forgotten in the international sphere. We ask our partners and allies to please continue raising awareness internationally. Share news from Malta, highlight how far behind the country is in comparison not only to European but also global trends on abortion rights, and share our abortion stories to help open people’s minds.

Civic space in Malta is rated ‘narrowed’ by the CIVICUS Monitor.