LEBANON: ‘The world seems to be starting to forget Syrian refugees’ 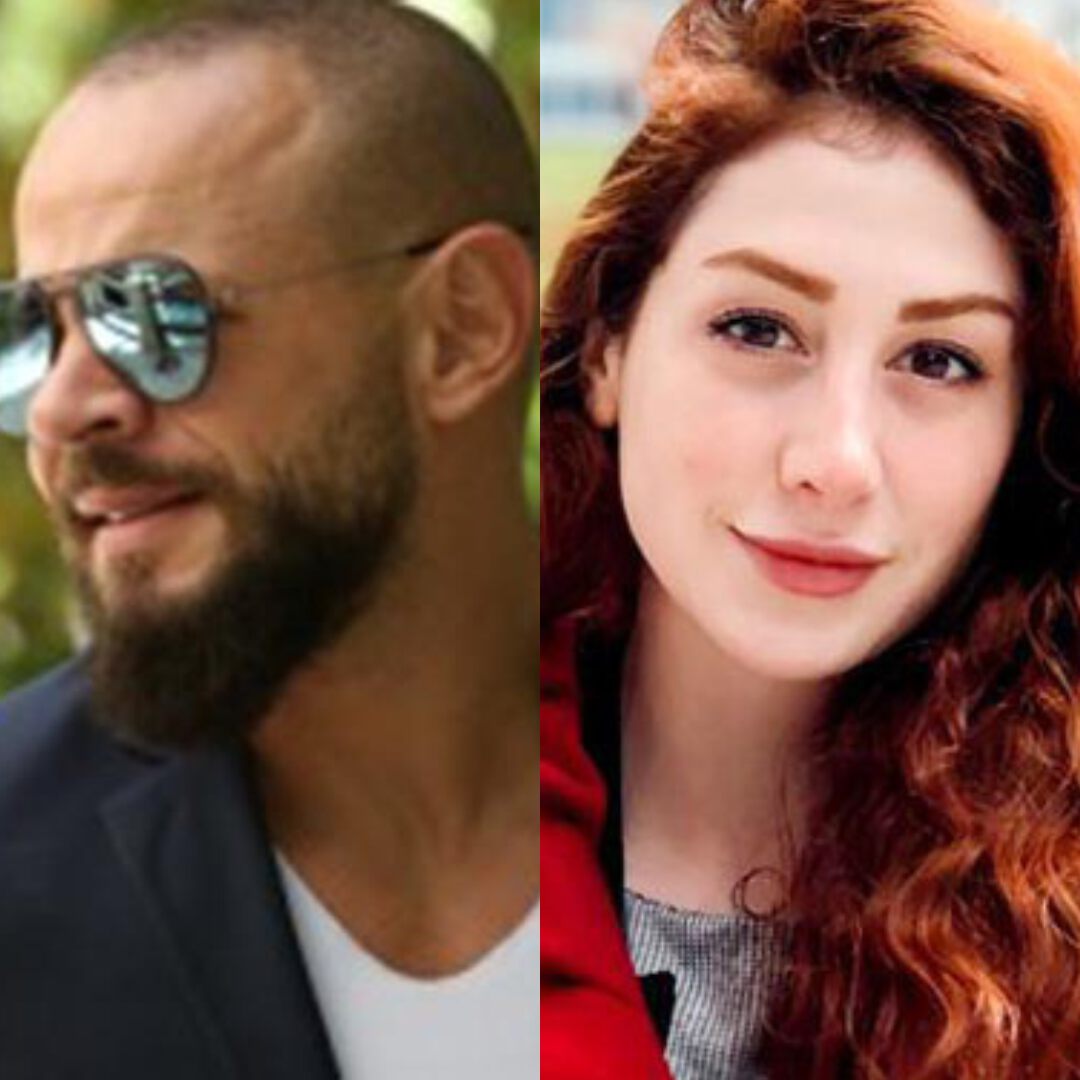 Founded in 1968, Anera is a US-registered civil society organisation (CSO) dedicated to helping refugees and others hurt by conflicts in Jordan, Lebanon and Palestine (West Bank and Gaza). Working with partners on the ground, it mobilises resources for immediate emergency relief and for sustainable, long-term health, education and economic development.

What is the situation of Syrian refugees in Lebanon?

The human rights situation of Syrian refugees is getting worse by the minute. Freedom to work is almost non-existent. Right from the start Syrians were officially not allowed to work in most sectors, so they typically rely on informal jobs in services, agriculture or construction, where they get no insurance or benefits and are exposed to all kinds of labour abuses.

While the situation for Syrian refugees in Lebanon has always been difficult, COVID-19 and the subsequent lockdown hit them very hard economically. As well as affecting host communities, the pandemic impacted on Syrian refugees with extra severity. Because Lebanese labour laws relegate refugees to the informal economy, they are dependent on gig work and daily jobs, usually in the service sectors. So they were particularly affected by the shutdown of the entertainment and food industries.

Because of school closures due to COVID-19 as well as ongoing teachers’ strikes to demand unpaid salaries, Syrian refugees have no place to study. Their freedom of movement has also been affected: everywhere in Lebanon there are notices warning that Syrians are only allowed to move around at certain hours. It’s starting to feel like full-blown segregation.

It should be noted that Lebanon is already extremely segregated politically and religiously and has an extremely toxic and traumatic relationship with Syria. The presence of a large, mostly Sunni Muslim, Syrian community only adds to the political tension, to the point that violent clashes could erupt any time.

With Lebanon’s ongoing economic crisis, the situation is hard for everyone, both locals and refugees. But on top of struggling economically, refugees are also facing growing xenophobia. Because Lebanese communities are struggling to put food on their tables, the narrative of refugees being a burden on society is becoming increasingly popular. When the Lebanese currency and politics were more stable, someone on an average salary could feed a whole middle-class family, but now they can barely get some petrol for their car. The idea that Syrian refugees are taking everything from Lebanese people is widespread, and reactions are becoming increasingly hostile and violent. When people see international funding going towards Syrian refugees, they get enraged.

Many people think refugees are taking away potential aid that should go to Lebanese people. So on top of the livelihood challenges, refugees also face stigma, negativity and hostility, all of which affects their psyches. This isn’t happening just in Lebanon. Turkey is another example of this. The scenario is the same throughout the region: Syrian refugees are being blamed for everything.

International factors such as fluctuations of the US dollar, political turmoil everywhere and the war in Ukraine are also affecting funding for Syrian refugees. So when it is most needed, funding is going to decrease. We have recently received a message that part of the assistance for Syrian refugees will be cancelled.

Which are the most vulnerable groups of refugees, and why?

Syrian women are for sure the most vulnerable among Syrian refugees, for several reasons. Their access to sexual and reproductive health centres, and to education, is truly low. There’s a general lack of knowledge and awareness of these issues and early marriage is frequent. In refugee camps such as those in Bekaa, Syrian women and girls are often exposed to gender-based and sexual violence. Those living in tent settlements know their chances of reporting sexual harassment and being heard are very, very low. Being a Syrian female refugee in Lebanon means dealing with toxicity and violence at all levels.

Children and young people are next in terms of their vulnerability. We are talking about early marriage, child labour and no prospects of accessing education or future employment opportunities. They have no access to proper medical attention either. If they get into an accident, they will wait in line for hours to be seen by a doctor. The most dangerous thing, however, is their lack of prospects.

What is Lebanon’s status regarding international refugee law?

Lebanon hasn’t even signed the 1951 Refugee Convention and is violating refugees’ rights by pushing them to ‘willingly’ go back to Syria. Lebanon should be bound by international law to protect these refugees, not to return them to unsafe territory.

Unlike Turkey, the tents and places where Syrian refugees mostly live in Lebanon are privately owned. These private owners are Lebanese people profiting from refugees, who they make pay rent. They must pay electricity to have one bulb they can switch on and off inside the tents. They must be the only refugees on the planet who have to pay rent for the space they occupy!

These rights violations are enabled by the fact that Lebanon has not signed the Refugee Convention. Syrian refugees are not officially considered refugees, which deprives them of their basic rights as refugees. This grey area is very dangerous.

Refugees themselves aren’t aware of the laws that could protect them. They come from a country where they were never encouraged to inform themselves about and claim their basic human rights – which was one of the reasons they left. Upon arrival in Lebanon, they aren’t informed about their basic rights, so they are mostly unaware of them. And even if they knew what their rights are under international law, they have no guarantee these rights are going to be protected in Lebanon because nothing binds the Lebanese state to that law.

How does Anera promote the human rights of refugees?

Anera is a humanitarian and development organisation. We are not a rights-based organisation, but we contribute to the protection of the basic human rights of refugees. Our role is to fill in the gaps left by the government to help refugees access education, work and healthcare, among other rights.

We work across several sectors, from livelihoods to food security. We try to create synergies between them to address several needs at once. We work with refugee families in both the north and south of Lebanon through agriculture support. We provide them with tools and technical education to grow and sell their produce. As for food security, we have programme in partnership with the United Nations Office for the Coordination of Humanitarian Affairs in Lebanon that provides hundreds of families with regular food parcels and cash assistance so they can purchase what they need.

One of our biggest programmes distributes free medicine. Each year we help mobilise medical supply shipments worth millions of dollars from international partners around the world and distribute them to refugee centres.

We work to prevent child marriage through a cash transfer programme, using cash assistance as an incentive for families to keep their girls in school. And throughout our operations, we make sure all our partners abide by all humanitarian guidelines and standards when it comes to child protection and protection from sexual exploitation and abuse. Towards that end, we offer training and constantly do monitoring work. While we don’t directly provide safe spaces for victims and survivors, we work closely with other CSOs and grassroots groups that do so.

It is worth mentioning that we always take the community aspect into consideration so as to balance things. For instance, our food programme also distributes food to the Lebanese population.

What challenges do you face?

The political situation in Lebanon is very challenging. The fact that the government often has a hostile attitude towards Syrian refugees and is trying to return them to unsafe territories is a big obstacle. Government corruption also has a negative impact on our work with refugee communities, as it affects us on an organisational and funding level.

We also face challenges coming from the refugee communities where we work. An example of conflict happened recently in the context of a project on child marriage that we implemented due to the increase in child marriages among Syrian refugees in Lebanon. Because of the economic crisis, more families are encouraged to marry off their daughters at a younger age. Our project faced pushback by the refugees themselves. It seems that toxic coping mechanisms such as child marriage are easier for them in the short term.

What support do organisations working with Syrian refugees need from the international community?

What’s needed is more advocacy and more funding for all communities to balance the help provided and avoid conflict. We need to calm things down and bring stability. We could also use some technical support at a government level when it comes to refugee management.

The narrative around Syrian refugees needs to change so they are not viewed as a burden but as human beings in need of help.

The question all Syrian refugees ask themselves is what’s next. If the situation in Syria doesn’t get better and Syrians are forced to leave Lebanon, they will try to get to Europe, or anywhere else offering some kind of opportunity. We need more global engagement to determine what will happen next. Collective work is vital.

The world seems to be starting to forget these refugees. The topic trended on social media for a while at the beginning but then attention was captured by floods in Nigeria, war in Ukraine and repression in Iran. No one is talking about Syrian refugees anymore.

So much is going on in the planet. There are so many crises erupting all at once. But the fact that new crises are happening doesn’t mean the situation of Syrian refugees has improved and the issue disappeared.

The international community must remember Syrian refugees and the Syrian crisis. Human rights defenders must advocate for the rights of Syrian refugees – because if they don’t, who will?

Please help us change the narrative and remind people of Syrian refugees.

Civic space in Lebanon is rated ‘obstructed’ by the CIVICUS Monitor.