EUROPE: ‘The Energy Charter Treaty is having a chilling effect on climate legislation’ 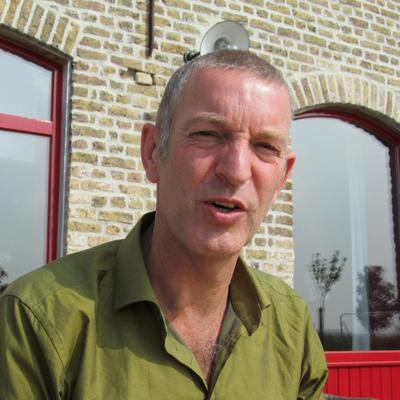 CIVICUS speaks with Paul de Clerck, Economic Justice Coordinator at Friends of the Earth Europe, about the implications for climate action of the Energy Charter Treaty.

Friends of the Earth International was founded in 1971 by four civil society organisations (CSOs) from France, Sweden, the UK and the USA to campaign together on key issues such as nuclear energy and whaling. Over time it grew to become a federation of 73 groups across the world. Its European arm, Friends of the Earth Europe, is the continent’s largest grassroots environmental network, bringing together more than 30 national CSOs with thousands of local groups. In coordination with other European CSOs, it currently advocates for European Union states to withdraw from the Energy Charter Treaty, which is preventing them from adopting and implementing effective policies to address climate change.

What is the Energy Charter Treaty (ECT)?

The ECT is a trade agreement that was established in 1994, after the disintegration of the Soviet Union. A large part of the 15 former Soviet countries had huge oil and gas reserves and western oil and gas companies wanted to ensure for themselves unrestricted access to invest in and extract those resources. So they agreed that the European Union (EU) and all its member states would grant these companies an investor-state dispute settlement system: a mechanism that allows companies to sue governments when they adopt new policies or laws that affect their financial interests.

For example, if a state introduces a new environmental or labour law that could jeopardise current or future profits, a company can file a lawsuit. This is especially relevant when it comes to oil and gas projects because oil-extraction facilities are usually operational for about 40 to 50 years, and the expected profit over such a long time can be enormous.

Such lawsuits are presented before investment tribunals, which are completely industry-biased as they don’t take human rights, labour rights, environmental rights or other public interest issues into consideration. As lawsuit processes are usually negotiated in secrecy, there is very little information available regarding the amounts of the settlements.

These lawsuits have become increasingly frequent in Europe as states have adopted climate transition policies. Companies are resorting to the ECT to claim massive compensation, ranging from hundreds of million to billions of euros. This mechanism not only forces governments to pay for compensation, but also stops them introducing new sustainable energy policies. That is what we call the ‘chilling effect’: governments anticipate they will be sued so they either weaken their legislative proposals, delay them or discard them altogether.

The ECT is an old treaty that is out of line. Its main purpose is to protect fossil fuel companies, and it’s completely at odds with the Paris Agreement on climate change and the EU’s climate and sustainability agenda.

Several EU states have recently announced they will withdraw. What happens after a state quits the ECT?

France, Spain and the Netherlands have recently made such announcements, but the only state that has withdrawn so far has been Italy. Following the announcement, it takes one year for withdrawal to become effective. However, the treaty’s so-called ‘sunset clause’ states that if a country leaves the ECT, investors can continue to sue it for another 20 years. This gives an almost unlimited right to companies and investors and is one of the reasons why we are urging EU states to leave the treaty all together, in a coordinated way. If they did so, they could agree on passing EU-level legislation preventing further investor-state dispute settlement cases. About 90 per cent of current cases involve EU states, so they would gain much better protection this way.

Over the past two and a half years the ECT has been renegotiated, and in June 2022 member states reached an agreement to reform it. But from the civil society perspective, this is not good enough. First, because it extends protection for fossil fuels for another 10 years. And second, because it would extend its reach to other energy sources such as hydrogen production from biomass with carbon capture and storage, which would result in increasing rather than decreasing risk.

This is going to be decided within the next month, first by EU member states, and then by all ECT member states. The European Commission, the EU’s executive body, wants EU states to remain parties to the ECT, and it is pushing for the EU as a whole to adopt the modernised agreement. Several states are in favour of adopting the reform as they assess this new treaty as a better protection than the old. Of course, these are states that have been less exposed to the legal risks posed by international investors. On the other hand, there are the states that have been sued, such as France, Italy, Poland and Spain. Earlier this year, Italy lost a case against an English oil company that cost it several hundreds of million euros.

Has the war in Ukraine and Europe’s current energy crisis affected the negotiation process?

Even though Russia is not an ECT state party, there are possible implications to the fact that the EU has taken several measures to restrict the operations of Russian companies. These are partly based in other European countries, which means they could sue European states.

There could also be other impacts. Most European countries are persistently trying to find new sources of gas and hydrogen and are looking at African markets. Several African countries such as Nigeria are in the process of becoming ECT members, and it is suddenly in the interest of European states to bring them on board. This is having an impact on the negotiation process, although I am not sure it is a decisive one.

What should we expect to happen now?

The European Council, which brings together the heads of the 27 EU member states, needs to decide whether the reform will be adopted. It was supposed to decide by 25 October, but because of all the withdrawal announcements it has been unable to do so. Now a decision is expected by mid-November. If the European Council approves the reform, then the European Commission and its members will go to the annual ECT meeting, which will be held in Mongolia on 27 November. That meeting is the second step to move forward on the reform’s approval. The third and final step will be a vote by the European Parliament.

We are campaigning for the EU and its member states to reject the reform. If we lose, then we will shift our focus towards the European Parliament. For the past two years, its representatives have been completely left out of negotiations and several parliamentary blocs have been very critical about the treaty. So we are still hoping we will be able to stop the agreement in the European Parliament.

Along with other European CSOs, we have been doing a lot of joint advocacy with European institutions and coordinating actions, messages and strategies across Europe. We must put pressure on governments. The next few weeks will probably be decisive.