INDONESIA: ‘Communities have the right to have their opinions heard and considered’ 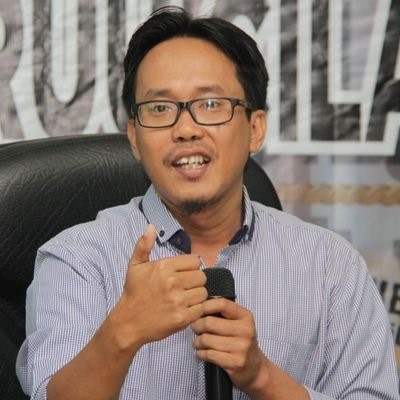 CIVICUS speaks about the recent protests triggered by rising fuel prices in Indonesia with Kahar S Cahyono, vice president of communications of Konfederasi Serikat Pekerja Indonesia (KSPI), a trade union organisation that promotes social justice and the welfare of workers.

What triggered recent protests in Indonesia?

Workers’ protests were triggered by several government policies deemed to be detrimental for workers. The most recent was the increase in fuel prices, which lead to the increase of prices of basic necessities.

Previously, to determine the minimum wage for 2022, the government had used the regulations of a very problematic law, the Omnibus Law on Job Creation. As a result, the wage increase was at the minimum level. For workers in many areas there was no increase at all. The national average wage rise was roughly one per cent, while the inflation rate in September 2022 reached almost six per cent. In other words, wage increases could not accommodate the sudden increase of prices. The situation worsened due to the increase in fuel prices.

In this context, the government announced it would continue to use the same mechanism provided by the Omnibus Law on Job Creation to calculate the wage increase for 2023. On top of that, the government recognised that in 2023 there will be a global recession. When this happens, workers will likely be the main victims, not least because there will be massive layoffs.

In sum, the purchasing power of workers’ salaries, which already declined because the wage increase has been lower than inflation, will plunge further due to the fuel price rise. The situation will worsen even more because next year’s wage increase will also be the minimum, and will also likely be overcome by inflation. On top of all this, workers will also be haunted by the fear of losing their jobs due to a global recession.

What are your demands, and what tactics are you employing to put them forward?

KSPI has made four demands: cancellation of the increase in the fuel price, repeal of the Omnibus Law on Job Creation, a 13 per cent increase in the minimum wage for 2023 and measures to avoid job losses in a context of global recession.

On top of these four, KSPI has conveyed two additional demands: the implementation of agrarian reform and the adoption of the draft Law on the Protection of Domestic Workers.

Agrarian reform is important to achieve food sovereignty. If Indonesia is able to satisfy its food demand without depending on imported goods, it could avoid the worst impacts of a global recession. The draft Law on the Protection of Domestic Workers is key because domestic workers are typically employed in the informal sector and lack any protection.

KSPI employs a ‘CLAP’ strategy, which stands for concept, lobby, action and politics. Concept refers to developing thought and arguments regarding the issues, through discussion, seminars and other exchanges. Lobbying refers to conducting meetings with relevant officials to convey our position on each issue.

Action is conducted both through litigation – for example, we submitted a petition for judicial review to the Constitutional Court on the Law on Job Creation, as well as a petition to the Administrative Court on the determination of the minimum wage – and peaceful protest at both local and national levels – for instance, by demonstrating outside parliament or the office of the mayor or governor.

Finally, politics refers to campaigning so that people will not vote for a political party that supports measures that hurt workers, such as the Omnibus Law or the increase in fuel prices. This is in addition to establishing a political party representing workers, that is, the Labour Party as a tool for class struggle.

Major human rights violations were recorded during the protests against the Omnibus Law on Job Creation in 2020. An investigation by Amnesty International Indonesia documented at least 402 victims of police violence in 15 provinces and at least 6,658 individuals arrested in 21 provinces. People who protested online were also intimidated. Between 7 and 20 October 2020, at least 18 people in seven provinces were criminalised for allegedly violating the Information and Electronic Transactions Law.

As for workers, when KSPI urged a nationwide strike against the Omnibus Law, security force officers came to several factories, even entering production areas, to prevent workers joining the protest. Buses rented by workers to join the protest in Jakarta were suddenly cancelled for no reason, possibly as a result of intimidation or prohibition.

Rather than with repression, the government should respond to labour action by implementing mechanisms for meaningful participation, enacting the right of the community to have their opinions heard and considered and to receive reasoned responses to the opinions provided.

How did KSPI react to the football stadium disaster on 1 October?

More than 130 people died and more than 300 were injured on 1 October as a result of the violence that erupted at Kanjuruhan stadium in Malang during an Indonesian league soccer match when supporters from the losing team invaded the pitch and police fired teargas, provoking a stampede.

When this happened, we conveyed our deepest condolences to the victims’ families and to those who were injured. We also examined the facts and concluded there were procedural failures in handling the crowd, and condemned the unprofessional behaviour that led to the tragedy.

KSPI published a media release with a series of calls. First, we urged the head of Indonesian Police to strip the police head of Malang from his position due to his failure to police the incident adequately.

Second, we called for this case to be handled by the Indonesian Police Headquarters so that it is thoroughly investigated and those found responsible are punished through either criminal or administrative proceedings, according to laws and regulations.

Third, we urged the Football Association of Indonesia (PSSI) to suspend league matches until after the conclusion of the investigation of the tragedy. The PSSI should also ensure this won’t happen again by tightening its security protocol for football matches.

Fourth, we urged the public to raise the Indonesian flag at half-mast in their homes as a symbol to express condolences. And finally, we urged society to promote a healthier, more peaceful sports culture.

At KSPI we thought it was important for us to convey our position on this issue, not only because many football supporters are also workers, but also because we realise that the use of excessive force by the security forces is very easily directed against workers. Security forces also often use teargas to dissolve workers’ protests. We hope incidents such as this will not be repeated either inside or outside stadiums, in any mass protest attended by thousands of people.

Civic space in Indonesia is rated ‘obstructed’ by the CIVICUS Monitor.