SPAIN: ‘The main challenge is to consolidate legally recognised rights and prevent backsliding’ 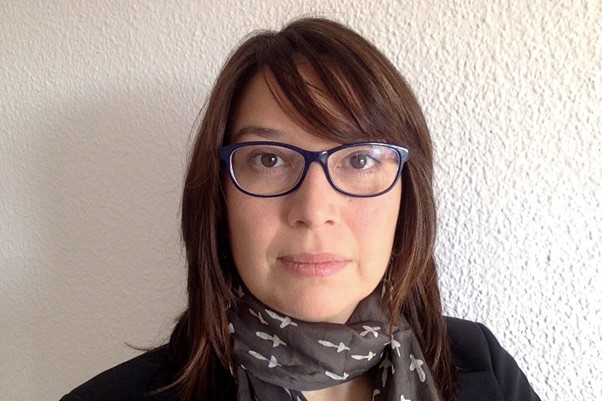 CIVICUS speaks with Carmen Miquel Acosta, gender lawyer at Amnesty International Spain, about the recently passed Organic Law on the Guarantee of Sexual Freedom, known as the ‘Only Yes is Yes Law’, and the role of civil society in advancing women’s rights.

What was civil society’s role in the process leading to the approval of the ‘Only Yes is Yes Law’?

The ‘Only Yes is Yes Law’ is a clear example of the joint work done by the women’s movement, and particularly the feminist movement, present in all spheres, including civil society and government, to respond to a situation.

One of its triggers was the ‘La manada’ (‘The herd’) case, a case of gang rape that happened in Pamplona in 2016. The judicial response to that case was a perfect example of patriarchal justice, or rather injustice. It exhibited the way in which stereotypes operate and the principle of not believing the victim.

In 2018 the court decided that what had happened had not been rape but just ‘sexual abuse’, and sentenced the five members of the ‘herd’ to nine years in prison for that crime. Outrage at the verdict triggered huge protests and the women’s movement grew in numbers. Many young women who were getting acquainted with feminism mobilised for the first time.

It was also at that time that Amnesty published a report highlighting the lack of specific public policies on sexual violence, the lack of data and the absence of a legal framework to address this violation of fundamental human rights. We have called for a law to address the issue ever since.

Participation in the legislative process was massive and civil society provided a great deal of input, as a result of which the draft was improved.

The process took quite a long time, not only because it enabled participation, but also because in Spain the process of developing organic laws that deal with fundamental rights requires mandatory reports from the General Council of the Judiciary and the Council of State. All these reports informed the draft law and allowed for a more rigorous treatment of the issue.

What were feminist organisations’ main issues of concern during the development of the law?

The first issue was the lack of a diagnosis. This was an issue that concerned Amnesty because we see a tendency to deal with problems without a prior diagnosis and to skip an evaluation of the effectiveness of the public policies adopted.

With this law the government sought, among other things, to implement the Council of Europe Convention on preventing and combating violence against women and domestic violence, known as the Istanbul Convention, which requires Spain to adopt public policies of prevention. This requires a diagnosis and systematic data.

Another important issue was that of the judiciary. Spain received a judgment from the United Nations Committee on the Elimination of Discrimination against Women for a case of stereotyping by a female judge. In this process, a central discussion was how to deal with the use of stereotypes by the judiciary, what training should be given to judges and to what extent it should be compulsory, without being seen as interference in the independence of the judiciary.

Another issue that was also of concern to us, but which was not included in the law, was that of the use of sexual violence as torture. In Spain sexual violence has been used this way in places of detention, especially against foreigners. The law does not go so far as to establish a crime of torture, which is not subject to a statute of limitations and entails a different type of investigation as it is a crime under international law.

Another issue that in our opinion was not adequately addressed is that of foreign women in an irregular migratory situation. Although the Istanbul Convention establishes that it is not necessary to file a complaint in order to access gender-based violence services, in cases where women file a complaint, if for whatever reason no conviction ensues, their expulsion files can be reopened.

Finally, there were some issues, such as sex work, that generated debates within feminist circles that remain unresolved. Amnesty’s position is that sex workers have human rights and the criminalisation of sex work not only does not help them, but exposes them to stigmatisation. Unfortunately, sex workers’ collectives were not consulted in the process.

What difficulties will the implementation of the law face?

This is a very ambitious law, the implementation of which requires a lot of resources. It will have to be implemented across the whole territory of Spain, which includes 17 autonomous communities, each with its own jurisdiction on social services and justice, among other areas involved in the implementation of the law. All this raises the question of how the text of the law will be translated into effective reality.

What are the next challenges for women’s rights?

The main challenge is to consolidate legally recognised rights and prevent backsliding. At the moment a reform of abortion legislation is on the table to remove barriers to access this right, and it is going to be a controversial issue in the parliamentary debate.

Opinion is very polarised and there is a prevailing narrative that demonises the other, something that is very apparent in the use of the ‘gender ideology’ label. Freedom of expression enriches democracy and must be protected, especially when things are said that we do not like. But attacks on human rights defenders and hate speech, both of which are on the increase, are an entirely different thing.

In relation to women’s rights we are seeing setbacks in nearby countries such as Hungary and Poland. Rights gains that we had come to take for granted are not being consolidated or are experiencing setbacks. Hence the importance of increasing human rights awareness and citizen participation. In the midst of this ideological battle, the democratisation of the language of rights is now more urgent than ever.

Civic space in Spain is rated ‘narrowed’ by the CIVICUS Monitor.