SOUTH AFRICA: ‘We were denied the right to give or refuse our consent, so we took Shell to court – and won’ 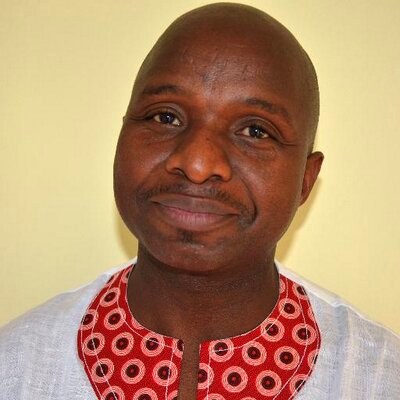 What inspired you to become an environmental activist?

My personal story made me become an environmental activist. I grew up on communal land, where people shared everything and people could depend on each other. People in my community had little education. I was one of the few lucky ones who were able to attend university. However, people were good at sharing. They practised ubuntu, a concept that refers to our shared humanity and the way we see our humanity reflected in each other. Among us everything is shared, from the water we drink to the land where we grow our crops.

The fact that I grew up in a community where we all took care of each other and shared everything made me who I am. As I got an education while most didn’t, I found I could use it to give back to my community. Because people in communities like mine were so poorly educated, governments could do whatever they wanted. So I decided to step up for my people and help them understand their rights and protect themselves.

It was only natural for me to focus on environmental rights, as I got my degree in environmental studies. When the government started a project to build a highway cutting through my community, I brought a case to the High Court. Unfortunately, this was not successful and we are now renegotiating to have the road rerouted.

Why is it important to protect South Africa’s Wild Coast?

All our coastal communities rely on the Wild Coast for their livelihoods. For most coastal communities, the Wild Coast is also their source of income: they sustainably profit from the environment, for instance by catching fish and selling it in villages and to tourists. The tourism industry employs many people, so this is another way in which people depend on the coastline.

Additionally, the Wild Coast holds spiritual meaning. People training to become traditional healers go to the coast to get in contact with their ancestors. We believe the ocean is our final resting place, so our ancestors lay there. Saltwater is used in most healing practices.

Due to the number and diversity of its marine species, the Wild Coast is also a marine protected area. The extraction of fossil fuel has the potential to destroy it, on top of contributing to climate change when it’s burned. So we should also protect the Wild Coast from extraction for the sake of the Earth.

What challenges did you face when campaigning against Shell?

Just like any other government, South Africa’s wants to attract investment, particularly by multinational corporations such as Shell, with which it has a great relationship. That’s why our court case set us not just against Shell but also against our government.

A big challenge was the government’s delegitimising narrative. The Ministry of Mineral Resources and Energy labelled us as ‘anti-development’. The government refused to listen to us and to have an open dialogue about Shell’s potentially negative impact on coastal communities.

We wanted to have Shell’s exploration permit revoked because we saw it as a threat to our livelihood and to a safe environment. You just need to google what happened with Shell in Ogoniland in Nigeria and you will understand our concerns. We don’t want an oil spill on our coasts.

South Africa has good environmental legislation, but much of it is lacking in implementation, so that is what the environmental movement focuses on. The law is very clear; our constitution says we have the right to a safe and healthy environment. If someone wants to do something on our land, we should be consulted, and we weren’t. We were denied the right to give or refuse our consent, so we took Shell to court – and won.

South African civil society enjoys the freedoms needed to challenge the government in court. But financial resources were critical. We had no money to travel to communities and mobilise them, so we did all our mobilisation work through social media, where we provided information, published press releases and shared videos. We had to look for a law firm that was able and willing to take this matter to court, and that would agree to take the risk even if there were not enough financial resources. Fortunately, we were able to find several legal firms that were willing to come to our rescue. These are firms that prioritise human rights issues and support litigation by Indigenous communities, and fortunately the judges required Shell and our government to pay our litigation costs.

What does this victory mean for South Africa and the environmental movement?

This victory means a lot in terms of our right to self-determination as guaranteed by the United Nations, as it made it clear that free, prior and informed consent must always be sought. It also ratified our constitutional right to a safe and healthy environment.

It is a victory not just for us but also for future generations. We are working so that their right to a safe and healthy environment will also be protected.

We are now working on a documentary about our struggle, which we plan to launch at the upcoming conference of the parties to the United Nations Framework Convention on Climate Change (COP27) in Egypt, although we lack the resources to travel there. We would love to inspire Indigenous communities elsewhere to also rise up and defend their territories. By doing so we will be ensuring life on this planet continues to be possible.

What kind of support do South African environmental activists need from the international community?

The most important thing we need right now are financial resources to continue doing our work.

We also need international partners and support. Shell is a British company, but the UK government has no problem with it going around the world searching for more fossil fuels, in the middle of a climate crisis. These first-world multinational companies are going to third-world countries to extract ever more profit at the cost of compromising our livelihoods and worsening climate change. As always, the real victims are the poorest people.

This has got to stop. Organisations from the countries where these companies come from should work with us and pressure them to stop. Corporations should move to safer energy sources; fossil fuels are not the answer anymore.

Civic space in South Africa is rated ‘obstructed’ by the CIVICUS Monitor.