BRAZIL: ‘If Bolsonaro continues as president, it is a threat to the Amazon and therefore to humanity’ 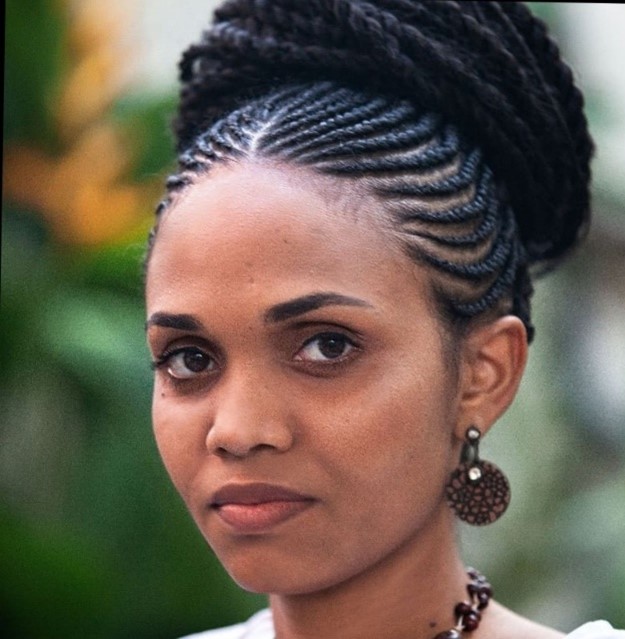 CIVICUS discusses the state of environmental activism in Brazil with Daniela Silva, a socio-environmental educator and co-founder of the Aldeias Project, an education, art, culture and environment project for children and young people in the municipality of Altamira, in the Brazilian state of Pará.

What inspired you to become an environmental activist?

I live in a territory that has suffered great social and environmental impacts following the establishment of the Belo Monte hydroelectric plant on the Xingu River. And like thousands of people, including riverbank dwellers, fishers, Indigenous people, farmers, boat people, women and young people, my family and I also had our lives strongly impacted on by the project.

We lived in a neighbourhood called Aparecida, in a community where neighbours supported each other and children and young people played in the streets without fear. When a mother went out, she would leave her children in the custody of her neighbour. One of my best memories is our backyard. It looked like a farm: we had many fruit trees. We didn’t need to spend money to eat fruit. Solidarity was strengthened by a sense of community, which I think was intrinsically linked to the sense of belonging to a territory. All this was destroyed by a ‘development’ approach that disregards the subjectivity of peoples and populations.

The displacement caused by the construction of the Belo Monte hydroelectric plant pushed families far away from the Xingu River and separated communities that had lived together for decades. It fragmented community ties. A negative consequence of these impacts on the territory and people’s sense of self was their disconnection from nature and the loss of the Amazonian sense of belonging. Not feeling part of the Amazon is dangerous, because generally speaking, people only defend what they love, what they know and what they feel a part of.

Before the construction of the dam, my father worked as a potter. Together with my mother, who worked as a civil servant, they raised eight children. This was all over when the dam was built. My father became unemployed and so did my brothers. My father began to fight for the right to a ridiculously small pension. My brothers were forced to look for odd jobs around town. It was a difficult time! I realised that adapting to an imposed reality is one of the worst forms of violence against human dignity.

I am an activist for socio-environmental rights and against racism. Since adolescence I haven’t had much choice but to fight. We are one with nature, so we need to fight for nature to ensure a better present and future for ourselves and our children.

How is Brazilian civil society mobilising on behalf of the environment and what challenges does it face?

There are many environmental movements in the Amazon mobilising to denounce the environmental crimes of the government of President Jair Bolsonaro, but unfortunately our country’s judicial institutions have not been functioning according to the law, and have left us in a vulnerable position.

There are many civil society organisations that have been working for a long time in the Amazon and other areas that face great challenges to sustain themselves since there is little availability of financial resources. Most of those that manage to survive do so with international funding, since there is little incentive in Brazil to mobilise resources for civil society. Financial suffocation is one of the tactics used by the current government. In addition, we live in a very unstable and negative economic context, with high inflation and a fall in real wages. The fact that Brazil is a country lacking a culture of giving makes it even more complicated. It all results in a shortage of resources for the sustainability of organisations and the security of environmental defenders.

Even so, new groups and collectives – including the one I lead, Aldeias Project – continue emerging to defend the Amazon. There are many young people in leadership positions in the movements to defend their territories.

Our challenge is to create a safe space, since we are under constant threat. To be able to carry out our work, we have established partnerships with more experienced organisations that are able to advise us on best practices for taking care of our staff, partners and the communities we serve. Networking helps us see the big picture and build powerful links.

What do you think about the recent verdict by the Brazilian Supreme Court to recognise the Paris Agreement as a human rights treaty?

The Paris Agreement is undoubtedly an important legal instrument, and it is good that, as a human rights treaty signed by the Brazilian state, it has acquired constitutional status. But like all of Brazil’s legal documents, including the Federal Constitution, it must be fully implemented, especially by public managers who keep on violating human and environmental rights regardless of what is stated in the Brazilian Constitution.

For the Paris Agreement to be implemented and make an impact on the daily life of Brazilians, it must be disseminated among the people who suffer the climate crisis the most: Indigenous populations, riverside dwellers and Black communities in city outskirts. It is also important for the international community to take decisive action and put pressure on the Brazilian government for it actually to fulfil the agreement.

Will the result of the upcoming election make any difference to your struggles?

The October elections are perhaps one of the most important in Brazil's history. There is a lot at stake when it comes to the Amazon region. Bolsonaro, the incumbent, has unleashed uncontrolled deforestation, land grabs and illegal mining on Indigenous lands. He is also encouraging violence against human and environmental rights defenders in the Amazon.

With Bolsonaro there is no possibility of dialogue or engagement of organised civil society in decision-making on environmental matters. If Bolsonaro continues as president of Brazil, it is a threat to the Amazon and its peoples, and therefore to humanity. We are experiencing a global climate crisis and we need world leaders focusing on working alongside civil society, scientists and the international community to put together short, medium and long-term solutions to tackle it.

The advances of deforestation in the Amazon should be a key factor driving a Bolsonaro defeat in this election, but unfortunately it is not. Brazilian society remains very oblivious to the reality of the Amazon. Brazil’s large urban centres do not recognise the everyday reality of the forest and its peoples. The consequence of their ignorance is their lack of active concern about the current ecocide being committed by the Bolsonaro government. Fortunately, many Amazonian environmental movements are trying hard to pierce their bubble so Brazilian society gets to know what is happening and takes a stand.

Now, while acknowledging the utmost importance of defeating Bolsonaro in the upcoming election, we also have strong criticism of his main rival, the Workers’ Party (PT). Like right-wing governments, PT governments, led by the current PT candidate, Lula da Silva, and his successor as president, Dilma Rousseff, also pushed initiatives that were environmentally destructive: the Belo Monte project was built under PT administrations, without any respect for the law and international agreements on human and environmental rights.

However, we believe that with Lula we would be able to have a dialogue and there could be more space for civil society engagement in environmental decision making.

Firstly, I think it is very important that COP27 is taking place in Africa, because African nations are among those that are suffering the most due to a climate crisis that has been caused by a small powerful group of white millionaires. They now have the opportunity to have a greater involvement at COP27 and demand more assistance from the richer nations that have caused the climate crisis. I hope that this edition of COP27 will enable the implementation of the promises and targets already agreed upon. And that women, children and adolescents will play an active role in this struggle for social and environmental justice.

Although that is what I hope for, we all know that COPs are a space where difficult conversations must take place and the governments of big nations lack the will to face the reality of climate change, especially when it comes to financial investments and taking it upon themselves to counter the damage their developmentalist approach continues to cause. So we will be closely watching the negotiations and agreements. We are at a critical point regarding climate, and there is no time to lose.

What kind of support do Brazilian environmental activists need from the international community?

The international community is our ally in our struggle for climate, social and racial justice. One way to help is by shedding light on activists’ work and directly and indirectly supporting their struggles. Another is to put pressure on genocidal and ecocidal governments such as Bolsonaro’s so that they respect human and environmental rights. Be aware of our struggles and listen to the voices of those on the ground in the countryside, on the peripheries of cities and on the forefront of this war we wage on a daily basis.

Civic space in Brazil is rated ‘obstructed’ by the CIVICUS Monitor.