MALAWI: ‘The tactics used by the current administration are the same used by its predecessors’ 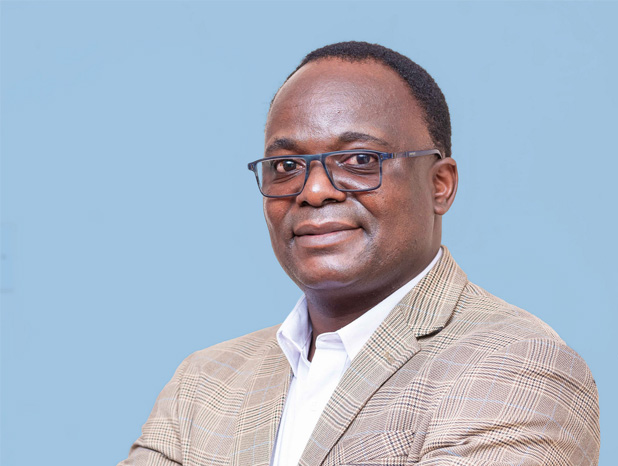 CIVICUS speaks about recent protests in Malawi with Michael Kaiyatsa, Executive Director of the Centre for Human Rights and Rehabilitation (CHRR).

CHRR is civil society organisation (CSO) aimed at supporting and promoting democracy and human rights in Malawi. Its mission is to contribute towards the protection, promotion and consolidation of good governance by empowering rural and urban communities to exercise their rights. Founded in 1995 by former student exiles who returned home to the promise of a new democracy, it operates through two core programmes: Community Mobilisation and Empowerment and Human Rights Monitoring and Training.

How has the situation in Malawi evolved since the 2020 elections?

Malawi held a presidential election in June 2020 because the 2019 election was annulled on the basis that there were massive irregularities and the court ordered a rerun. The 2020 election was won by the opposition candidate, Lazarus Chakwera.

During the campaign, Chakwera said that if elected, he would address some key issues, including corruption in the public sector. It was the perception of public opinion that corruption was on the rise and the previous administration had not done much to tackle the problem. Chakwera promised to introduce reforms to seal all loopholes allowing for corruption and to improve the judicial system so corruption cases would not be ignored.

However, once in power it didn’t look like these changes were effectively being implemented. As usual, the first year people gave the new administration some time. The president kept on making the same promises but made very little actual progress.

The second year continued in the same way and Malawians started to lose patience. People started to take their discontent out to the streets. The economic situation in Malawi also kept getting worse, with costs of living skyrocketing every day and a rise in unemployment. People looked back at campaign promises and compared them to their reality, and frustration arose.

I wouldn’t say all campaign commitments were just empty promises and lies, because there were issues the government attempted to address, but progress has been slow. For instance, they promised to increase funding for the Anti-Corruption Bureau (ACB) and ensure its independence. Funding for the ACB increased significantly, and a new law was eventually passed to amend the Corrupt Practices Act, removing the requirement of the ACB director to seek consent to prosecute corruption cases. They promised to set up special courts to prosecute corruption cases, and finally submitted a bill to amend the Court’s Act and make a provision for special courts.

But they also promised to work to recover stolen assets and are moving at an extremely slow pace in this regard. And they also said they would create a million jobs for young people, which has never happened.

What’s behind recent protests against the judiciary?

Last year we started seeing lots of protests against corruption and impunity. There have been numerous cases involving government officials – including from the current administration – that have not been prosecuted. Investigations take years, and those involving senior government officials take the longest and rarely end in conviction. Recent ACB reports show that only 30 per cent of such cases have been concluded, and most of these date back to 2015.

In sum, the wheels of justice are barely moving, and people have concluded that the government is pursuing selective justice. In a recent case, for instance, an 18-year-old man arrested for cannabis possession was prosecuted and given a sentence of eight years in prison, while people accused of serious crimes involving corruption are given three and four-year sentences, if anything at all. Ironically, before this case, a powerful business leader was accused of the same crime, marijuana possession, and was just asked to pay a fine. Such arbitrariness is pushing people to the streets.

While selective justice is nothing new, this time around people want to hold the government accountable for the promises made on the campaign trail. As a result, pressure is also coming from the opposition to hold the government to account. When the current ruling party was in the opposition, they were the ones raising these issues. Now people are realising it is not any different from its predecessors.

How have the authorities responded to the protests?

The government has often tried to stop protests with the use of excessive force. Just recently, over 80 activists were detained and arrested. They were charged with holding an illegal assembly, although the constitution guarantees the freedom of assembly. Hours before these demonstrations started, some Malawians claiming to be from the business community requested the court issue an injunction to stop them. The injunction was granted late in the afternoon, so people gathered the next morning without knowing about it, and the police came in and started firing teargas, beating up people and arresting everyone they could.

The tactics used by the current administration are the same ones used by its predecessors. The habit of getting last-minute injunctions isn’t new at all: this is what happened in July 2011, when the government got a last-minute injunction, people assembled without any knowledge of it and over 20 were killed by the police in the ensuing repression.

What shocks me the most is the court’s interpretation of the meaning of the right to the freedom of assembly. The Police Act is very clear about what needs to be done if people stage a protest. It all starts with a notification to the authorities, but this is usually interpreted as people needing to obtain permission from the police, which is against what the law actually says.

In the recent protest against the judiciary, we were told the demonstration would not proceed until the organisers provided a list with the protesters’ names, to be held liable if the demonstration resulted in damage to property. This is strange, as you cannot be sure who is going to attend a protest and how they will conduct themselves. It is not just the police but also the courts that are now asking for a registry of attendees, something that cannot be found anywhere in the law.

How could the international community support Malawian civil society?

Over the past two or three years, new civil society groups have emerged to defend human rights and economic justice, and are mobilising mostly through social media platforms and community radio, particularly in rural areas, issuing statements and calling people to the streets.

Malawian civil society needs international protection. We need to be able to express ourselves and feel safe while doing it, so we need our international partners to send a message to the president, reminding him of his commitments and his obligations under the constitution.

We continue to experience the same challenges as in the past, despite the administration being a beneficiary of civil society mobilisation. In 2019 and 2020, when organisations like ours were protesting against electoral irregularities, the current authorities were by our side and supported our protest for democracy. But they are now doing exactly what they criticised when they were in the opposition, including by passing laws that restrict civil society, such as the recent NGO Amendment Act.