JORDAN: ‘Transnational feminist solidarity is vital in the struggle against gender-based violence’

Content warning: this interview contains references to femicide and violence. 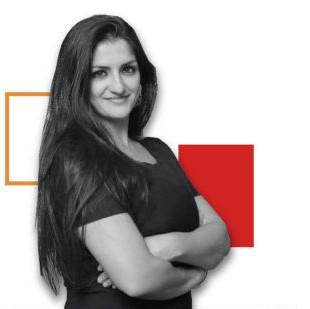 CIVICUS speaks with Banan Abu Zain Eddin about the widespread anger triggered by recent femicides in Jordan, and more broadly in the Middle East and North Africa, and civil society’s role in the struggle against gender-based violence (GBV).

Banan is a feminist activist and co-founder and executive director of Takatoat, an independent feminist collective based in Jordan whose work focuses on establishing safe spaces for women and girls and building solidarity to push back against the prevalent patriarchal culture.

What do recent femicide cases reveal about the scale of the problem of GBV in Jordan and the region?

We have recently seen a frightening rise in femicides in the region, shockingly carried out in public spaces. In Egypt, Naira Ashraf, a student at Mansoura University, was murdered in broad daylight and in the presence of several bystanders outside the university gates. Shortly after, a Jordanian student, Iman Arsheed, was shot on her university campus in Amman. A few weeks later, another Egyptian university student, Salma Bahgat, was knifed to death by a fellow student. In what seems to be a pattern, the murderer was a man whose marriage proposal she had rejected. The string of tragedies continued in Lebanon, where a young pregnant woman was beaten and burned to death by her husband.

We are seeing a wave of femicides in the region. We have reached a point at which people are witnessing femicides happen in public and not bothering to interfere. This is leading to femicide being normalised and even turned into a spectacle. A terrible case in this regard took place in 2020, when a woman was murdered by her father who then sat beside her body drinking a cup of tea while people made videos and took photos of the murder scene. The victim had recently been returned to her family after spending time in a women’s detention facility for complaining of her husband’s domestic abuse.

Women and girls are constantly at risk of being killed just for being female. Women are targeted when they are viewed as challenging those exercising power over women’s bodies and choices. Men get easily offended when women violate the unwritten rule that a man cannot be rejected by a woman. A rejection of a marriage proposal represents a denial of male authority over women.

This is very scary. Following Iman Arsheed’s murder, many women and girls received death threats. Many were afraid of going to class, and some stopped attending, effectively losing their right to access education. Such crimes reinforce the exclusion of women, taking us backward in a struggle that an older generation of feminists has carried on for decades.

What roles are Jordanian women’s rights organisations playing in the struggle against GBV?

We are putting forward demands for national mechanisms for monitoring GBV, reporting cases, protecting victims and holding perpetrators accountable. We emphasise that encouraging women and girls to report abuse should only come after the enactment of protection mechanisms, and that immediate accountability is the main deterrent.

We also work to counter the normalisation of GBV by focusing on the ethics of media coverage. As much as the murderer should bear full responsibility for his crime, the media should be held accountable for its coverage. Naira Ashraf’s murder provided a blunt example of the terrible normalising effects of media coverage that is sympathetic towards perpetrators rather than victims of GBV. Her murderer’s defence lawyer was given a lot of air space that he used to justify the murder, creating a wave of public sympathy for his client.

What should the Jordanian government do to curb GBV?

Women’s rights and safety should be a priority on the government’s agenda. Sadly, this is not the case. State inaction has normalised GBV. The recent femicides didn’t happen out of the blue: a series of events led to them that the state did nothing to stop. The state has so far failed to establish effective protection and reporting mechanisms and encourage women to report violence before it escalates.

When a woman in Jordan reports a situation of violence, including domestic violence, she is typically blamed. Reporting mechanisms have a major flaw when it comes to abusive family members: victims are sent back home to their abusers once perpetrators sign a pledge to stop the abuse. On top of that, the concept of swift justice for GBV victims simply doesn’t exist.

Additionally, the limited protection mechanisms that currently exist scare most GBV victims away. Women hosted in safe houses are subjected to a number of rules and regulations that result in them losing their freedom of movement, being under surveillance and losing access to communication devices.

In short, the current wave of femicides is a direct result of collusion between the government, the media and the judiciary.

What was the idea behind the call for a regional strike against GBV?

The regional strike that we held on 6 July was just the start of our cross-border fight against GBV. Transnational feminist solidarity is vital in this struggle. The driving force of our call was sheer anger at the current situation: we will not accept more piecemeal, ineffective solutions for a problem that is systematic and systemic.

Violence against women is the result of a system that places women in a subordinate position. That’s why the whole range of feminist demands for rights are inseparable. Intersectional feminism believes that protecting women from violence implies not only protecting them from femicide but also closing the gender pay gap and recognising women’s unpaid work, among many other things.

The strike was quite successful because it proved that if the rise in femicides is a regional phenomenon, feminist organising against it is regional as well.

Horia Mosadiq, is an Afghan women human rights defender (HRD) and founder of Safety and Risk...