TURKEY: ‘Civilian refugees should not be used as political bargaining chips’ 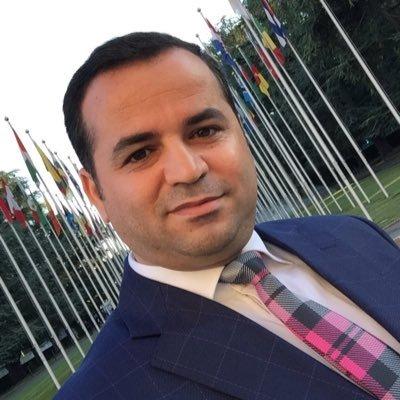 CIVICUS speaks with Bassam Alahmad, co-founder and executive director of Syrians for Truth and Justice (STJ), about the Turkish plan to return one million refugees to Syria.

STJ is a civil society organisation (CSO) dedicated to documenting human rights violations to contribute to the prospects for justice, as well as training human rights activists and building capacity in areas including digital security and civic engagement.

Why is the Turkish government making plans to return a million Syrian refugees to Syria?

We do not know the exact reason behind the plan to return a million Syrians to Turkish-administered regions of Syria. But there are several possible reasons we can think of. First, Turkey will hold general elections next year, and every time elections approach, the ruling Justice and Development Party will try to draw attention outside Turkey in any way possible – by attacking other nations, creating problems with neighbouring countries or groups of people – to hide domestic failures.

Second, the decision may be part of a wider strategy by the Turkish government concerning its engagement with northeast and northwest Syria, which aims to decrease the presence of Kurds and other populations who it doesn’t view as ‘Turkey’s allies’ – people that Turkey does not like having at its borders. To achieve this, Turkey will make claims that these populations are ‘terrorists’.

The decision announced to return a million Syrians from Turkey back to Syria therefore hits two birds with one stone. It would allow the Turkish government to show its domestic opposition that it is tackling the ‘problem’ while also using Syrians against Syrians in the northeast and northwest parts of Syria.

To sum up, there is no specific reason we know of, but we can assume that demographic engineering in northeast and northwest Syria and Turkey’s domestic politics are all at play.

How has this announcement impacted on Syrian refugees in Turkey?

This policy has really affected Syrian refugees in Turkey. Every single day there is at least one case of assault against a Syrian person – sometimes more. Incidents of racism and cases of deportation and violence at the border, and even of murder, have been verified. Hundreds of organisations and media outlets have verified racist attacks against Syrians.

Why are these attacks happening? Because the Turkish government is telling people that it has already spent too much on Syrians, and Turkish citizens are resenting it. The Turkish government is also telling people that it has freed areas in Syria from terrorists and they are now safe for return, so Turkish citizens are increasingly putting pressure on Syrian refugees to leave. Turkish public opinion turning against Syrians makes them vulnerable to racism and deportation.

The discourse that Turkish president Recep Tayyip Erdoğan is disseminating is affecting Syrian refugees very negatively. And the problem is that it is not true. The United Nations, the Independent International Commission of Inquiry on the Syrian Arab Republic, Amnesty International and many others have all said that Syria is not safe.

Many countries and organisations say that Turkey should be thanked for its treatment of Syrian refugees; however, Turkey’s 2016 agreement with the European Union was a really bad one, because as a result Syrian refugees were trapped or detained in Turkey so that the Turkish government could receive money for hosting them.

Syrian refugees and asylum seekers have been used as political game pieces ever since. Following this agreement, in which Europeans agreed to pay money to Turkey to keep Syrians from advancing through Greece and further into Europe, there have been multiple instances of disagreements between Europe and Turkey leading to threats against refugees.

This is not good. You can’t keep using civilian refugees as political bargaining chips, using them against Turkey, or against the Kurds in northeast and northwest Syria, or against the Americans in northeast Syria. But the 2016 agreement gave the Turkey government leverage to use refugees as a political card, and they have used it. And by the way, Turkey is not the only country using refugees this way, and Syrian refugees are not the only refugees who have been used. Afghan, Iraqi and other refugees have had similar experiences, but this is especially true for Syrian refugees.

Do you think the attitude of the Turkish government points to a broader European pattern?

We do not want to paint all the Turkish and European politicians and policies with the same brush, but there are patterns of racist refugee policies and racist attacks against refugees that are important to recognise.

How has Syrian civil society responded to the announcement by the Turkish government?

Unfortunately, the civil society response has not been unified. Many Syrian CSOs that do not have employees or offices in Turkey have published reports about this plan; however, Syrian CSOs in Turkey have not been able to speak out, for a number of reasons. In some cases, organisations are politically aligned with Turkey and welcome these policies. But many others want to speak out against these policies – the racism, the deportations, the military actions against Syrians within Syria – but they are unable to for security reasons.

In other words, some people don’t want to speak up because they are essentially in agreement with Turkish policies, while others would want to but cannot because it is dangerous, as they are in Turkey, where speaking out may result in deportation or arrest. There are also some Turkish organisations that address these issues, but many do not have the interests of Syrian refugees in mind.

It is key for Turkish organisations to speak out and insist that Syria is not safe for refugees to return. There has been limited discussion about Turkey’s rights violations against Syrians, and this should not be the case. Both domestic and international civil society should speak out against violations occurring in Turkey and committed by Turkey.

As part of the #16DaysOfActivism campaign, CIVICUS speaks about civil society efforts to eradicate...