LEBANON: ‘This election has brought to the forefront new voices speaking about rights’ 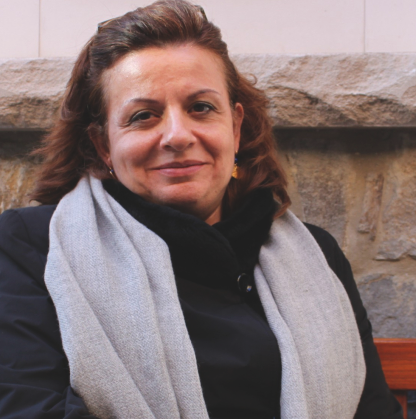 CIVICUS speaks about the recent general elections in Lebanon with Lina Abou Habib, director of the Asfari Institute for Civil Society and Citizenship at the American University of Beirut.

The Asfari Institute seeks to bridge academia and civil society activism. It does so through knowledge production, convenings and the creation of safe spaces for learning, dialogue and exchange. Located at the heart of the American University in Beirut, it functions as a regional hub for civil society working for diversity, inclusion, equality, accountability and sustainability.

What change resulted from the 15 May general election?

Despite taking place in an extremely complicated, uncertain and turbulent political and economic context, the process resulted in the election of many new independent candidates coming from civil society and calling for change. These new voices have political agendas that are very different from those of traditional ruling parties: they call for a new, more accountable governance system and for women’s rights, among other issues. These agendas include road maps for overcoming the ongoing deep economic crisis. And most importantly, they focus on how to stop the political race to the bottom that’s been happening in Lebanon.

Most of the independent candidates who were elected are linked to the 17 October protests, the uprisings that took place in 2019, when people clearly said that they had enough of the political elite that had become – and continues to be – outrageously corrupt. The 17 October Revolution was a unique moment because protesters had such diverse, inclusive and feminist voices – feminist demands became an integral part of the political demands of the revolution. For instance, sexual harassment became a political issue because the voices of the LGBTQI+ community and migrant women domestic workers were also represented. No demand was compromised or put aside.

By that time, it became clear to us what system of governance we aspired to. It must be based on equality, inclusion, diversity and respect for human rights. The revolution also gained momentum because the same thing was happening in Chile and other countries where people were rising up. Hence, I do not exaggerate when I say that the feminist voices of the 17 October Revolution inspired political participation in the 2022 election.

It is important to note, however, that some independent members of the new parliament do not share the agenda of the 17 October Revolution and have quite regressive rhetoric. For instance, newly elected member of parliament Cynthia Zarazir called for the death of Syrian refugees on social media. Having people like her in parliament represents a new challenge. Aside from that, I would say that this election has brought to the forefront new voices speaking about rights and pointing the way forward out of the current crisis.

How did the feminist movement work collectively in preparation for the election?

There was rallying behind feminist candidates such as Zoya Jureidini Rouhana, who pushes for an compulsory egalitarian family law, a top priority for Lebanon’s feminist movement. Rouhana is the founder of KAFA (‘enough’) Violence and Exploitation, a feminist civil society organisation that was behind several legal reforms in Lebanon. Moreover, it champions political discourse on gender-based violence. Her electoral campaign was in line with that. It is a rare moment when you have a feminist candidate running on a feminist agenda in a general election – and this was partly possible thanks to the voices that became heard in October 2019. The political movement took shape and gained more feminist voices during those uprisings.

Feminists mobilising around the elections forced candidates to state their position on gender equality, including the rights of the queer community. In return, independent candidates who sided with gender equality were attacked by the regime and conservative forces. One way for government officials and supporters to disparage and attack somebody is to say they are going to endanger the family. This is very unfortunate, but at the same time, it is fantastic that this important conversation is taking place in the public sphere and these issues are being discussed as part of the overall social and political dialogue.

In sum, the inclusive and intersectional feminist movement of Lebanon has succeeded in elevating feminist discourse to the public and political arena. But there is still a long way to go: the new parliament includes only two additional female members compared to the previous one, as only eight women were elected, out of 115 candidates nominated by traditional parties, opposition groups, and civil society. These results are still lacking in terms of reaching a critical mass to exercise feminist influence in parliament.

What’s next for the civil society movement following the election?

The real battle is just about to begin. The election showed that change is possible, but it is still not enough. The next step for us is to figure out how we will hold independent members of parliament accountable. They must be accountable because they won as a result of our collective movement.

We will still be facing a corrupt and oppressive regime and serious issues such as illegal arms and a heavily militarised society, economic downfall, destroyed livelihoods, broken public institutions and irresponsible and unaccountable policymaking. As such, civil society in its diversity, and especially the intersectional feminist movement, should remain vigilant.

The conversation we started must continue, and we need our international allies to help keep it going, and certainly not be complicit with the regime. We have a collective responsibility to monitor human rights violations, talk to feminist activists and help amplify the voices of Lebanon’s intersectional young feminists.

Civic space in Lebanon is rated ‘obstructed’ by the CIVICUS monitor.
Get in touch with the Asfari Institute through its website and follow @AsfariInstitute on Twitter.