INDIA: ‘We have achieved a historic labour rights win for female Dalit workers’ 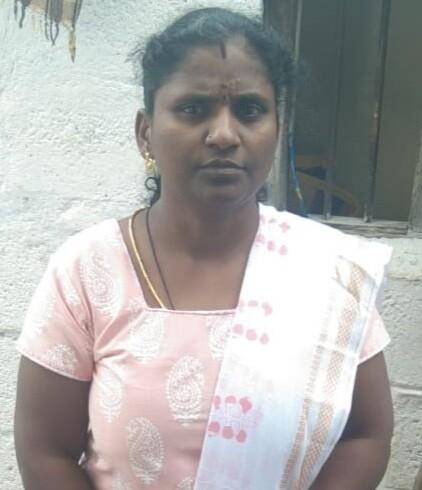 TTCU is a women-led independent and majority Dalit trade union of textile workers that represents 11,000 female workers in Tamil Nadu, India. Jeeva, who hails from the Dalit community, has worked for more than five years in the Tamil Nadu textile industry, including at Eastman Exports. She is a founding member of TTCU and has led struggles for decent work and violence-free workplaces in the garment industry for more than a decade.

What is the Dindigul Agreement, and how significant is it?

The Dindigul Agreement was signed in April 2021 by TTCU and Eastman Exports, one of the largest textile producers in India, which supplies knitwear, apparel and accessories to major global clothing brands. Its aim is to end caste-based and gender-based violence and harassment (GBVH) at Eastman factories and spinning mills in Dindigul, a city in India’s Tamil Nadu state.

This is a historic labour rights win for around 5,000 mostly female Dalit workers, who are placed at the bottom of India’s caste system.

The Dindigul Agreement includes an enforceable brand agreement (EBA), a type of legally binding agreement in which multinational companies commit to use their supply chain relationships to support a worker-led or union-led programme at particular factories or worksites. In this case, TTCU, the Asia Floor Wage Alliance (AFWA) and Global Labour Justice-International Labour Rights Forum (GLJ-ILRF) have signed an EBA with the multinational fashion company H&M, which requires H&M to support and enforce the Dindigul Agreement. If Eastman Exports violates its commitments, H&M must take steps to penalise the company, including by reducing business, until it comes into compliance.

This agreement is the first of its kind in India, the only EBA to cover spinning mills and the first to include explicit protections against caste-based discrimination, a problem that intensified during the pandemic.

The Dindigul Agreement is in line with the International Labour Organization’s Convention 190 concerning the elimination of violence and harassment in the workplace. It creates structures that will empower female workers, supported by their union, to monitor and seek redress for GBVH. It also provides a new model for brands, suppliers and trade unions to cooperate to prevent and respond to GBVH in garment supply chains.

What tipped the balance in favour of the agreement after so many years of efforts?

Civil society has advocated for better working conditions for Dalit workers for many years, but it was not until the murder of Jeyasre Kathiravel, a Dalit woman garment worker and member of TTCU, that we succeeded in addressing the extreme problems of GBVH pervasive in this industry. The killing of Jeyasre by her supervisor in January 2021 prompted TTCU to shed light on the situation at the factory where she was killed.

In response, TTCU, AFWA and GLJ-ILRF formed a unique partnership and launched the #JusticeforJeyasre campaign in India and other Asian countries as well as in Europe and the USA. Over 90 international unions, labour groups and women’s rights organisations joined to urge international brands and Eastman Exports to sign a binding agreement to end GBVH.

A year-long campaign ensued, including an international vigil for Jeyasre held across 33 countries and an 11-city speaking tour across the USA to raise awareness about her case and the need to address GBVH in global supply chains. This enabled the civil society coalition to lead the negotiations that concluded with the historic agreement.

What other challenges do Dalit workers face in India, and what needs to be done to improve their situations?

Caste discrimination permeates every aspect of society. Due to its systemic nature, workplaces and supply chains are likely to be affected by it unless special measures to counter it are put in place.

For instance, Dalit workers experience poorer working conditions than non-Dalits, including longer working hours, sexual harassment, lower wages, dirtier or more hazardous tasks and abusive language and gestures. We also face discrimination at the hiring stage – for instance, qualified applicants from Dalit communities are not considered for skilled jobs – and encounter discrimination in accessing services and utilities offered by the employer, such as housing, healthcare and education and training.

With approximately 80 per cent of the bonded workforce coming from the Dalit community, strong measures need to be put in place to address bonded or forced labour and to ensure that employment in this sector is not forced.

Important measures to advance Dalit workers’ labour rights include ensuring the freedom of association and collective bargaining, improving working conditions, paying living wages and implementing binding agreements such as the Dindigul Agreement to address caste-based discrimination and GBVH in sectors where the workforce is mostly made up of Dalit women.

What’s next for the civil society groups involved in the Dindigul Agreement?

Through the campaign and negotiation process, TTCU built strong forward momentum and gained respect from the factory and brands. TTCU, AFWA and GLJ-ILRF have built a powerful coalition of unions, women’s rights groups and Dalit rights advocates, among others. Now the agreements have been signed, we need to keep that momentum. We will continue to keep our allies engaged in the implementation phase and as we work to drive industry-wide change.

We see the Dindigul Agreement as part of a regional movement against GBVH in garment supply chains. We plan to use it as a model for organising against GBVH across the industry and the region. We are already calling on more brands to join this agreement and working with them to expand it. There will surely be challenges, but we are confident we will overcome them.