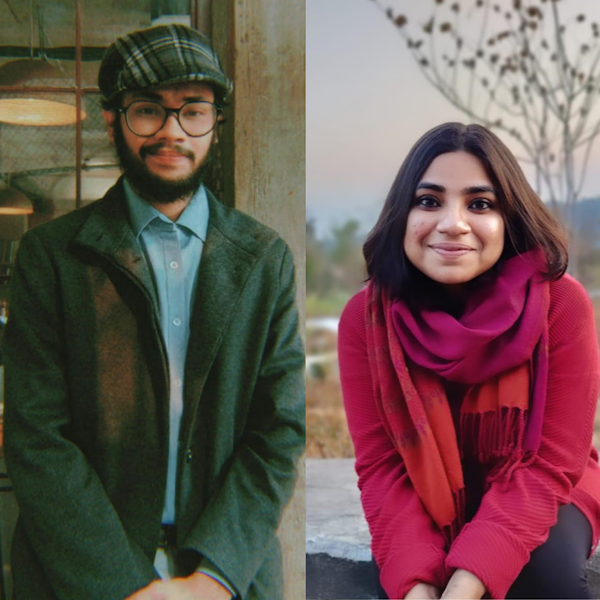 CIVICUS speaks about the recent ban on the hijab, a headscarf worn by Muslim women, in educational institutions in the Indian state of Karnataka with Aiman Khan and Agni Das of the Quill Foundation.

Why was the use of the hijab banned in Karnataka schools?

The hijab ban should be seen in the wider socio-political context of India. Since the beginning of 2022, Indian Muslim women have been subjected to violence and discrimination carried out by multiple offenders. It started with an app called ‘Bulli Bai’ that placed vocal Muslim women in an online auction. This violated their privacy, as it used their photos and information without their consent.

Shortly after that, girls wearing the hijab were not allowed to enter a couple of colleges in Karnataka state in southwest India because the administration deemed the hijab a violation of the dress code for schoolgirls. This was followed by a Karnataka government order on 5 February. While this government order did not specifically ban the hijab, it did say that such ban would not violate Article 25 of the Indian Constitution, which guarantees all citizens the right to freedom of conscience as well as freedoms to profess, practise and propagate religion. As the girls who were restricted from wearing the hijab filed petitions in the high court, the verdict decided against them and chose to impose what they should wear. Both the state government and the high court used the excuse of maintaining ‘uniformity’ in educational institutions to impose restrictions on Muslim women wearing the hijab.

Following that order, several incidents of discrimination and violence against Muslim women were reported. They could not enter their educational institutions if they did not remove their hijab. Although the order did not include teachers, Muslim teachers were also asked to remove their hijab or burqa, a full body covering, at the gate of the campus.

How does the hijab ban relate to the overall status of minorities in India?

The hijab ban is arbitrary. it goes against India’s constitutional promise of secularism and fits into the trend of authorities using the law to criminalise minority communities. For instance, Karnataka’s anti-conversion law set barriers on converting to Islam or Christianity and made it more difficult for interfaith couples to marry. Following this law, the Christian community faced rising threats and violence as well as increased attacks on their places of worship.

Generally speaking, minority communities are subjected to vilification because they are framed as ‘the other’. The Muslim minority is a specific target of persecution. At mass assemblies of the Hindu community, calls are often made for the genocide of the Muslim community and the mass rape of Muslim women. Calls for social and economic boycott of Muslims have been repeated frequently over the past few years. This has included taking mass oaths to boycott Muslims.

Muslim business owners have suffered the full brunt of this incitement. In the states of Gujarat and Madhya Pradesh, some Muslim-owned shops have been set on fire by rioters or demolished by the very same authorities that should protect them. The perpetrators of such communal violence enjoy impunity and face no consequences.

The restriction on the use of the hijab was introduced in the context of this rising culture of intolerance. Even though the court limited the restriction to within the classroom, it has been implemented far and wide, including to suspend Muslim women teachers and other working Muslim women.

What are the implications of the hijab ban for women’s rights?

The high court’s verdict, which kept the ban on the basis that the hijab is not an essential part of Islam, erased Muslim women’s free will to choose for themselves and violated not only their right to education but also their freedom of practise their religion.

Several studies suggest that due to systematic discrimination against the Muslim community, Muslim women in India encounter extreme hurdles in accessing education, especially higher education. In this context, the hijab ban is patriarchal and regressive in nature, because it makes decisions on behalf of Muslim women regarding what to wear and how to practise their faith.

The decision further pushes Muslim women out of educational spaces and places them under threat in any public space. More than 400 Muslim girls have already been not allowed to appear for their exams and are facing distress, and attacks on Muslim women wearing hijabs and burqas have also increased across India. But the authorities have still not acknowledged the violence that Muslim women are going through.

How has civil society responded to the ban?

There have been protests on two fronts. The girls who have been directly affected by this restriction are protesting outside their college gates and holding demonstrations in other public spaces. But they are facing intimidation and threats by Hindutva vigilante groups while also being warned that they will be criminally charged for protesting.

In bigger cities, protests are also being organised by human rights CSOs and Muslim groups, and particularly by Muslim women.

Following the Karnataka high court ruling, CSOs have played an important role in raising awareness about the implications of the verdict. Several CSOs rejected the court order while also producing analysis to help the public understand its intricate legal language.

Civil society has been able to respond in a tangible and timely manner, offering unconditional solidarity and support to the schoolgirls affected by the order and experiencing trauma resulting from violence, discrimination and harassment in the aftermath of the high court order. Some CSOs have offered mental health counselling and other services.

Other CSOs have offered litigation support, in two forms: first, by representing individual cases of religious discrimination and providing legal support to those who missed out on exams due to the ban; and second, by petitioning on larger issues before courts of law. There have been several petitions before the Supreme Court of India to challenge the Karnataka high court order.

In short, the civil society response has been key because of its capacity to play a full range of roles to drive change, from the micro to the macro level. An effective civil society is essential for advancing human rights in India, and the international community can play a vital role in reinforcing the work of local CSOs to amplify marginalised voices.

Civic space in India is rated ‘repressed’ by the CIVICUS Monitor.
Follow @aimanjkhan and @AgniDas26 on Twitter.

We, the undersigned organizations, condemn the Sri Lankan authorities' violent crackdown and...